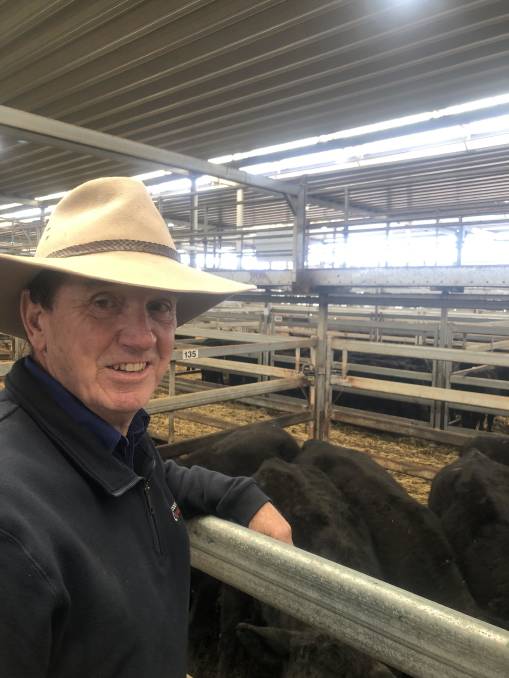 With 1273 grown store cattle yarded today at Northern Victorian Livestock Exchange near Wodonga, most buying competition came from feedlot interests who continue to dominate cattle sales in order to fill their feeding pens.

As a result of this strong demand, prices remained fully firm even for the lighter weights which were showing the effects of a cold and wet winter in the northeast of Victoria.

Most attention was paid to the breeders lines of well bred stock, but even the very light conditioned cattle were sold for good prices.

The limited numbers of females with first calves sold to $3880.

In the breeder pens, Livestock Pastoral, Undera, sold six two and half year old black baldies with calves for $3880.

Most of the buying action came from feedlots while the few determined local restockers purchased cattle when they could.

The story Breeders at NVLX Wodonga sell to $3880 first appeared on The Land.