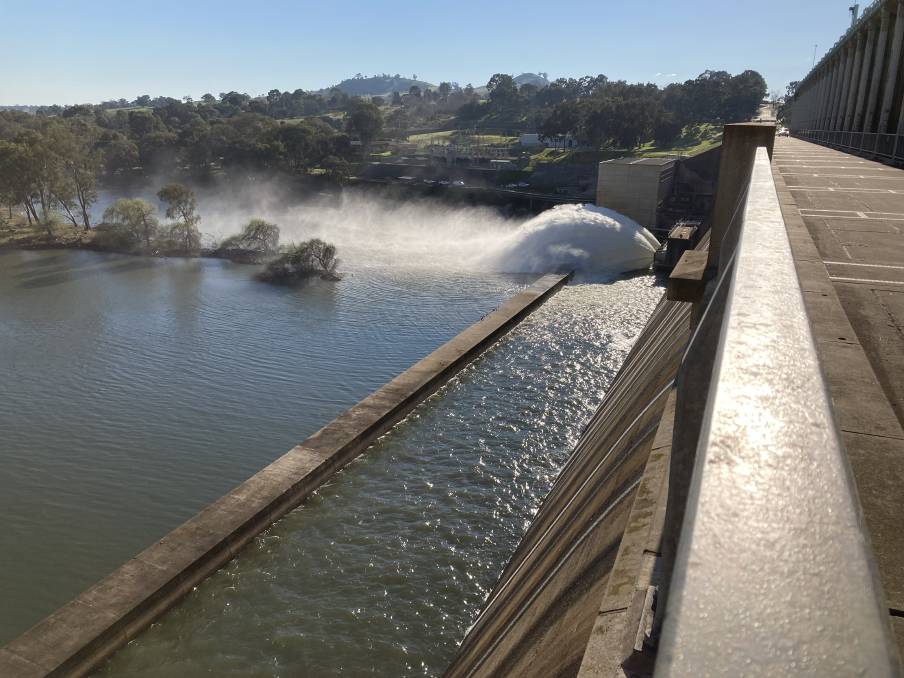 The Murray-Darling Basin Authority has started releasing a small volume of water from Hume Dam.

The Murray-Darling Basin Authority has started releasing a small volume of water from Hume Dam to maintain airspace in the storage.

It's anticipating inflows from rain forecast by the Bureau of Meteorology over the coming months.

The Bureau is forecasting wetter-than-average conditions in the Upper Murray catchments, which means there is an increased chance of flooding.

Hume Dam is currently sitting at just under 90 per cent of capacity and all indications suggest the dam will fill.

"We release water from Hume Dam to create airspace only when we are confident the dam will fill," Mr Reynolds said.

"These initial pre-releases will stay within river channel and not cause downstream flooding, as they are relatively small volumes.

"We are letting this water out as a precautionary step to reduce the potential impact of flooding downstream in the coming months."

Hume Dam's primary purpose is water security - it plays a crucial role in managing flows and securing water along the Murray River, including to Adelaide.

The MDBA needed to fill Hume Dam before irrigation demands started to exceed inflows, and the level started to drop.

"Every day we evaluate conditions based on BoM data, predicted inflows and historical records to determine how to best manage the dam," Mr Reynolds said.

"It is important to note that when the dam fills, all flood waters pass through the dam and head downstream along with the water entering the river from the tributaries such as the Kiewa River."

Given the rapid rise of water in storage in the past few weeks, without Hume Dam the downstream areas of the River Murray would already be experiencing flooding.