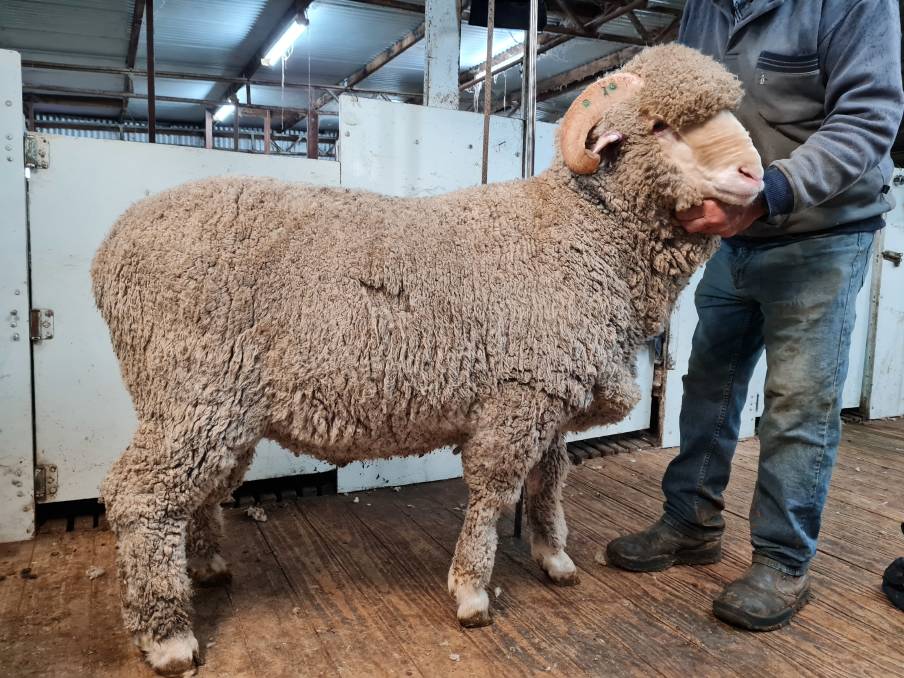 IN DEMAND: The top-priced ram was lot 20 from Glendonald Merino Stud, which sold for $9750.

There were 128 users and 32 bidders for the online sale.

A LAST minute call to hold the Sheep Connect ram sale online has had no impact on prices, with the average price slightly up on last year.

The sale was due to be held at the Hamilton Showgrounds but had to be changed to online following snap lockdowns from the pandemic.

Several lots were withdrawn prior to the sale but the clearance rate remained strong, with 40 of the 44 rams sold on the day.

The ram was purchased by Glen Echo Pastoral Co, NSW.

There was only one new client for his line up of rams, with the rest going to return buyers.

"The sale price would have been as good as the last three years - it might have even been a little bit better," he said.

Having the sale online did not have any noticeable difference on prices, but he said more interstate buyers could have come early to view the rams if the decision had been made earlier.

"I sold three to Queensland and two to NSW," he said.

"I would have sold at least six rams out of this sight unseen."

"I think it was probably up on last year's sale," Mr Milne said.

"Obviously with the two online sales at Hamilton we've had in 2020 and 2021 we've had reduced offerings in what we've been used to, just in terms of the physical side of things.

"But it was very good, very positive, and probably up on last year's average."

He said it was a quality line up of rams, although he was not able to see the South Australian or NSW stock.

There were 128 users logged into the sale and 32 bidders, he said, with 23 of those bidders successful.

He said holding sales online did not affect prices for flock rams or commercial rams.

"I think with stud rams, where the expectation is that studs will spend a lot more money, they prefer before they spend their big money, to get a feel and eyeball the rams physically," he said.

"The Hamilton sale's always been a focus around a good, strong, top-end commercial flock sale.