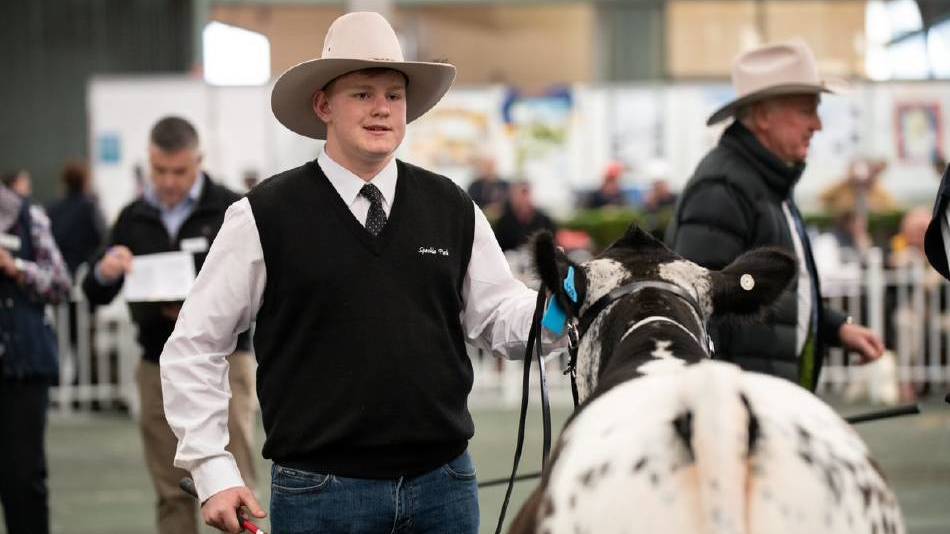 POSSIBILITY: A beef cattle exhibiting show could go ahead in regional Victoria this year.

The event could be held in one of two regional Victorian towns.

Urgent discussions are underway with the Royal Agricultural Society of Victoria to host an exhibitor-only beef cattle competition in rural Victoria later in the year following the cancellation of the Royal Melbourne Show.

The event could be held in Bendigo or Tatura and would be open to Victorian entrants who had intended to exhibit their cattle at the Royal Melbourne Show in September.

The RASV made the decision last week to cancel the iconic Melbourne event due to the coronavirus, but the society's Beef Cattle Committee chair, David Bolton, hopes an exhibitor-only show could still go ahead.

"We hope it could be backed by the RASV with no public and exhibitors only," Mr Bolton said.

"We expect to have a decision later this week about that and we hope some kind of an event can go ahead because we had between 600-700 beef cattle entries for both the hook and hook and stud competitions."

Mr Bolton said the committee was working on a proposal to present to the RASV executive.

It comes as Brisbane's biggest event, the Royal Queensland Show - Ekka, was also cancelled for a second consecutive year at the weekend.

"We want to support local and regional businesses and the chances of Melbourne being locked down are higher than the regions so that's why we're looking at Bendigo or Tatura," Mr Bolton.

Other Victorian agricultural events including the Australian Sheep at Wool Show at Bendigo and SheepConnect at Hamilton have also been cancelled this year.

Mr Bolton said regional Victoria could be well-placed to host a cattle judging event which would recognise the countless hours some breeders had put in to prepare for the Victorian event.

"We're trying to do our best to keep it cost effective, because cost is an issue," Mr Bolton said.

"We're fully aware we could still be in a lockdown so it may not go ahead, and we're also aware that it will be just a Victorian show because the borders will be shut.

"But if the NSW border restrictions are lifted, then hooly dooly we could have a lot of cattle come out of the north"

Studs from Tasmania, Queensland and NSW had registered to show at the event before it was cancelled.

Mr Bolton said if approval for the event was given, it would go ahead in September.

Sheep committee investigating, but say another lockdown is 'highly probable'

It is a different story for the RASV's Sheep Committee which met online on Monday morning to discuss the possibility of another show outside of Melbourne.

"To put on something at short notice is very difficult and the uncertainty of any possible cancellation really takes the wind out of the sails.

"The sheep committee is of the view that the likelihood of being put into lockdown again was highly probable."