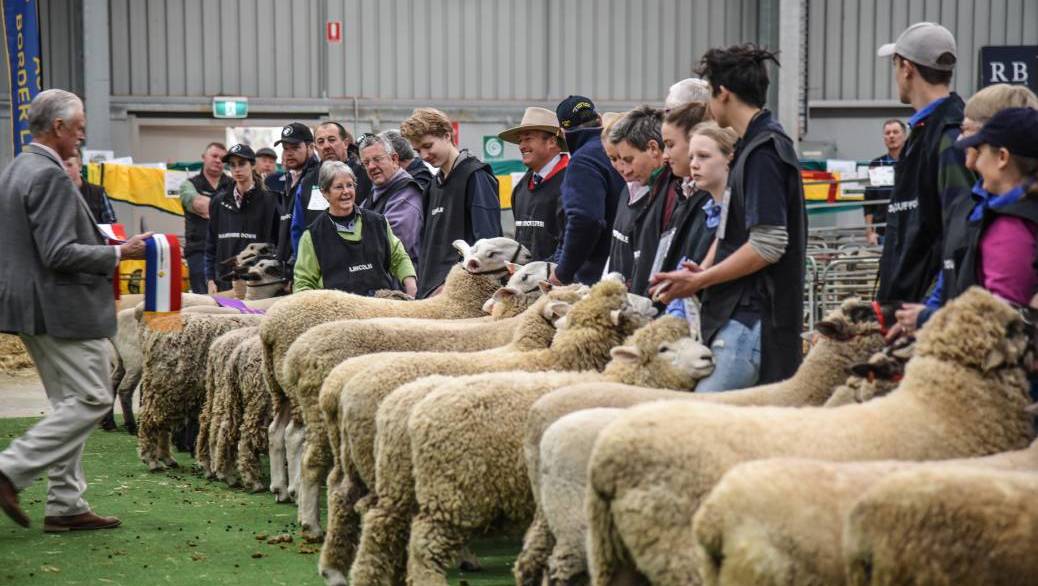 HIT HARD: Many schools across the state had planned to showcase their stud animals at the Royal Melbourne Show.

From cattle to sheep principals, people have their say.

Victorian stud breeders fear the cancellation of major agricultural shows could deter people from exhibiting livestock at the likes of the Royal Melbourne Show in years to come.

The Royal Agricultural Society of Victoria made the shock decision to cancel the 2021 show last week due to the uncertainty of the coronavirus and the concern the mega event might be called off at the last minute.

More than 450,000 people attend the annual 11-day event which was cancelled weeks after the Australian Sheep and Wool Show was cancelled a day before the event was scheduled to go ahead in Bendigo.

The Victoria Stud Merino Sheep Breeders Association, which headlines the ASWS, said the cancellation of major shows would present a number of hurdles for both stud and commercial operators.

"A lot of time and money goes into preparing these animals and people will evaluate how much time and money they have spent on it in the future," VSMSBA president Peter Rogers, Telangatuk East, said.

"It also makes it very difficult for commercial operators because it doesn't allow them to have the comparison of sheep lined up at one venue, and I think breeders will really miss that aspect."

Corriedales were set to be the feature sheep breed at this year's show, but instead will miss out for a second consecutive year to show their sheep after last year's show was also cancelled.

"You don't just wake up to a show one day and say you will turn up, it's a very long process and a years of planning goes into getting our sheep ready," Ms Ellis said.

"We could see some studs lose momentum, perhaps not the younger generation, but those who might question whether all the effort is worth it.

"From a stud point of view, it's a good 12-month process but it takes years to breed our sheep and to identify the best ewe and ram lambs and to not have an opportunity to showcase that work is a real pity."

More than a dozen Corriedale studs from across the country had planned to attend the Royal Melbourne Show.

The two cancelled events joined the growing list of other agricultural shows, including SheepConnect formerly known as Sheepvention which have been canned in 2021.

Lowlines miss on being feature breed for a second year running

Like the Corriedales, Lowline breeders were supposed to be given a chance to showcase their breed after missing the opportunity to do so last year.

"We've been planning for this event for 18 months and we had exhibitors from all across Australia, including far north Queensland and South Australia, who were planning to attend," Mr Lorains said.

"We also had a few first-time showers and some other people returning after hiatus to show because we were the feature breed, so it was extremely disappointing."

The association said 15 Lowline studs had registered their intent to exhibit at the show, equating to some 70 entries.

"This will impact all the breeds, especially the smaller breeders though because we really need these shows to increase the breed's popularity," Mr Lorains said.

"People don't get to see the smaller breeds anywhere else and often they lack the publicity of the bigger breeds, so showing is quite important for that promotion."

Students caught up in cancellations

Tintern Grammar farm services manager Gavin Wall, who is also the chair of RASV Sheep Committee, said the next generation of agricultural enthusiasts would also miss out.

"Many students have lost the opportunity to exhibit in shows which I think is a vital part of their learning experience," Mr Wall said.

"Normally, it's an ongoing program in schools that doesn't stop from one year to the next so the preparation continues year-in year-out and naturally students across the state are extremely disappointed.

"They look forward to going to the shows, both at Melbourne and Bendigo, because they get a chance to be engrossed in the whole showing process."