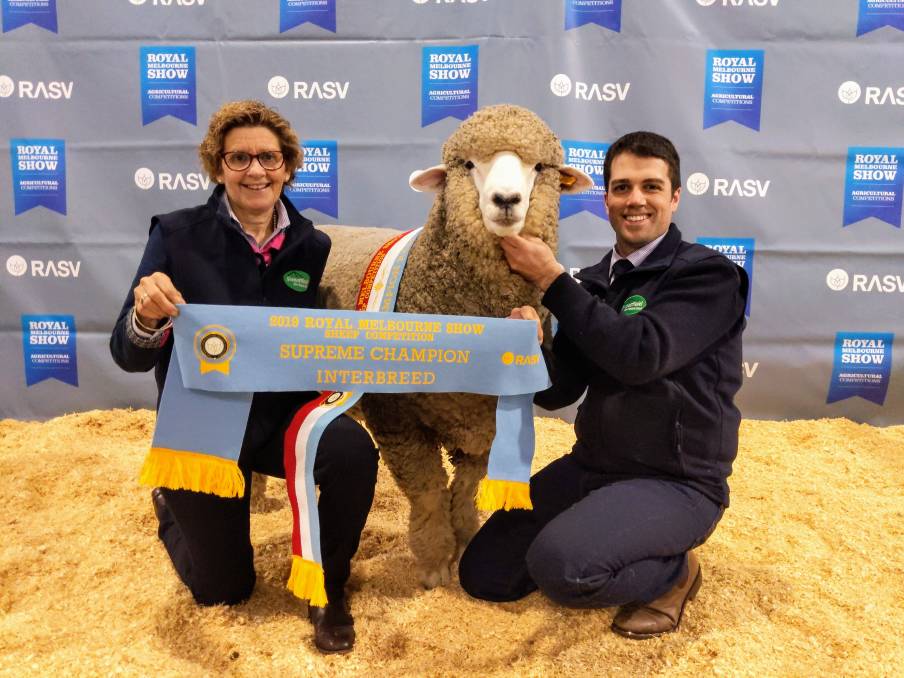 Another major agricultural event in Victoria has been forced off due to the pandemic.

Victoria's iconic Royal Melbourne Show has been cancelled for a second consecutive year due to the ongoing coronavirus uncertainty and operational constraints, organisers of the event say.

The show was scheduled to be held in late September for 11 days but the Royal Agricultural Society of Victoria made the decision on Wednesday to cancel the event, citing the pandemic.

RASV president Matt Coleman said challenges and risks associated with holding major events and large crowds made it impossible to go ahead with the planning of the show.

The news follows two weeks after the Australian Sheep and Wool Show and Bendigo was cancelled for a second year in a row.

"We felt it important for all those planning to be involved in the event including exhibitors, competitors, judges, stewards, sponsors and volunteers that they have certainty so they can make informed decisions in relation to their own arrangements," Mr Coleman said.

"(It) is a much-loved major Victorian event that is a unique and valuable platform to promote and celebrate excellence in agriculture, with thousands of agricultural producers from rural and regional Victoria coming together at Melbourne Showgrounds."

The annual event attracts more than 450,000 visits each year and contributes more than $244 million to the Victorian economy.

The first show was held in Victoria in 1848 and since its inception had only been called off on two occasions prior to 2020; first when the showgrounds was requisitioned during war effort in 1915 and again during WWII in the early 1940s.

"It's deeply disappointing that the Victorian community will not be able to come together with family and friends to enjoy the fun, discovery and excitement of the Royal Melbourne Show for the second consecutive year," Mr Jenkins said.

"We are incredibly fortunate to have a passionate and supportive community who look forward to attending or being involved in the Royal Melbourne Show.

"These include our loyal volunteers, staff, members, sponsors and exhibitors along with thousands of competitors striving to win a coveted Melbourne Royal blue ribbon."

Mr Jenkins said the society was considering how it could celebrate and recognise the event in a virtual way.

"The Royal Agricultural Society of Victoria is exploring and developing new initiatives and opportunities to celebrate food and agricultural producers, rural and regional Victoria and our talented creative industries," Mr Jenkins said.

The home of the show, the Melbourne Showgrounds, has been used as a COVID-19 testing and vaccination site throughout the pandemic, and Mr Jenkins said this would continue with the support of the society.