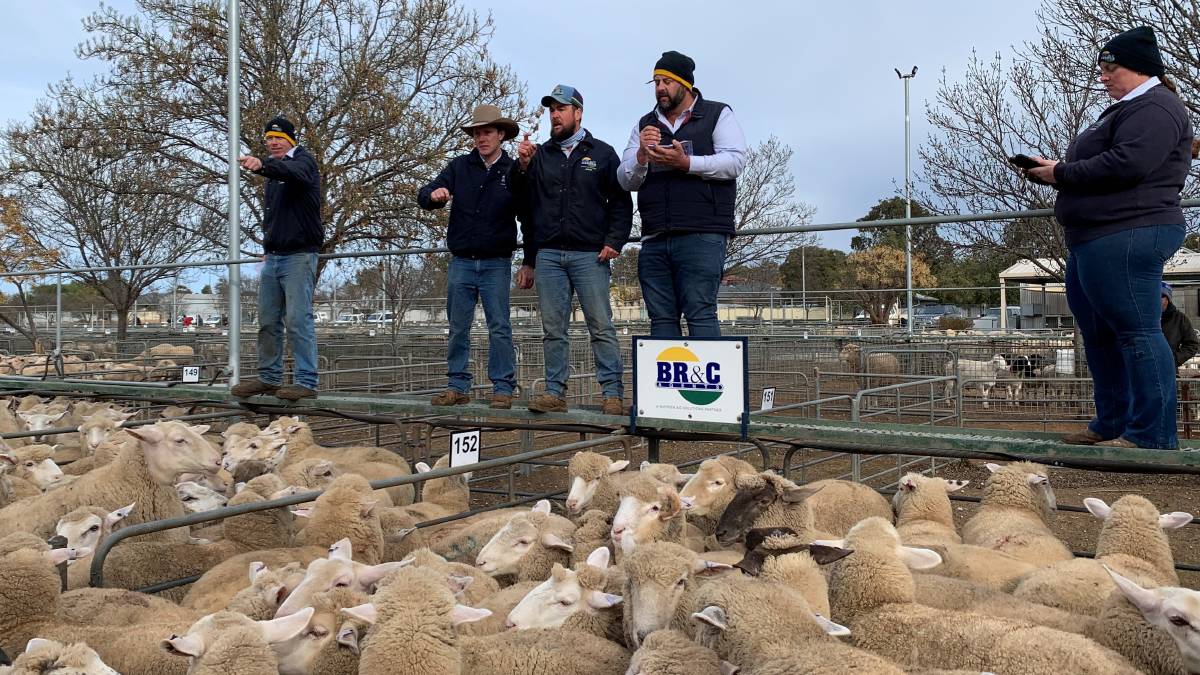 A look at how the lamb market played out last week.

The lamb market is moving towards record prices again, with the auction system finishing last week on a very strong note.

The average price per head across the yarding was a whopping $226.

Demand was unrelenting from exporters and the sale consistently sold lambs 30 kilograms carcase weight and above from $300-$335.

The average carcase weight price of the extra heavy lambs ranged from 880-958 cents a kilogram cwt.

Trade lambs were again in limited supply and major processors noted demand had lifted due to coronavirus lockdowns.

At this time of year, lighter and plainer lambs do not often benefit from restocker competition.

It showed up in the stats with the bulk purchased by processors to average 904c/kg cwt.

More lambs were available to bidders at all major centres this week due to a significant lift in rates the previous week.

The biggest increase in numbers was at Corowa, NSW, with numbers increasing by more than 2000 head.

Buyer competition intensified at the sale across all weights and grades, led by stronger export competition which pushed heavy lambs $16-$18 a head dearer.

At Corowa and Dubbo, NSW, lamb prices were on fire and the Dubbo sale was the standout market with prices improving $25 across the board.

The big movers were trade lambs with plenty of sales above 1000c/kg.

The Ballarat lamb market on Tuesday was basking in big money, with super-sized heavy lambs recording a top price of $340 to average $27 dearer.