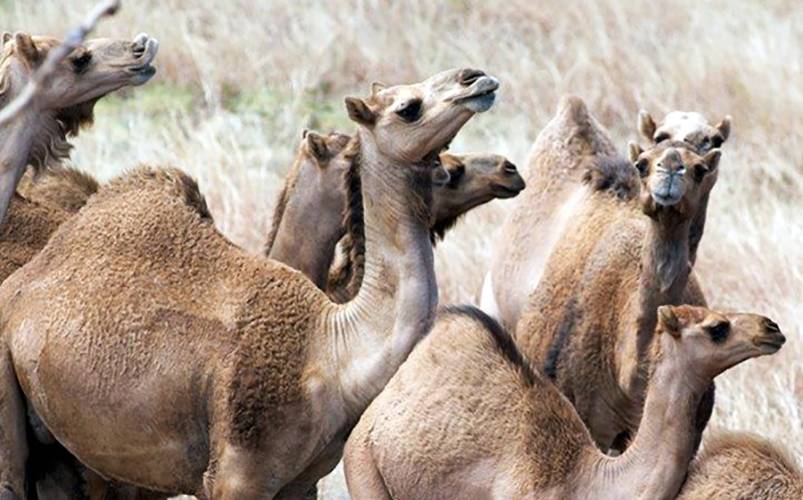 CAMEL PLAGUE: There are more than a million feral camels already roaming across vast areas of outback Australia, and their numbers are fast growing.

Many Australians are surprised to learn camels are in plague numbers across outback Australia.

Many Australians are surprised to learn camels are in plague numbers across outback Australia.

Australia has more wild camels than any other country on the planet.

At last count, a best guess from more than a decade ago, there was a million of them slow walking across 3.3 million square kilometres of mainland Australia.

Camels are now a pest across the centre of the continent including the Northern Territory, Western Australia, South Australia and Queensland.

The forgotten issue of the camel plague came to light again in the past week with a pet food poisoning mystery in Victoria.

About a dozen dogs have died and many more became gravely ill in the east of the state.

An investigation has already found the dogs died by liver failure caused by the plant toxin indospicine, something never seen before in Victoria. 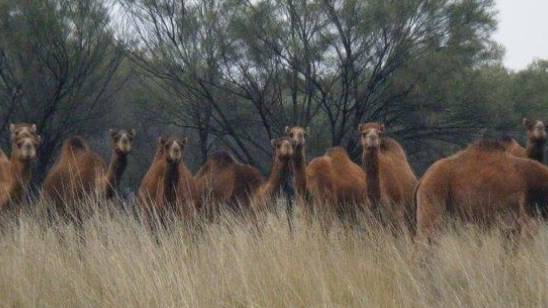 Now the focus is on the recipe used for the pet food and whether it contained feral animals like horses or camels.

This toxin has come to light before in pet food which had included some of these plague camels who freely wander the outback grazing on a flowering shrub commonly called indigo.

Trying to find ways to take advantage of this abundant protein resource has long vexed governments.

The first camels did not come from India as many had thought but from the Canary Islands, about 50 first came in 1840.

Camels were found to be ideally suited to long marches in the waterless inland.

Burke and Wills famously took 26 camels on their doomed expedition in 1860 to cross the continent south to north.

By 1907 their suitability for outback travel had seen British colonial interests importing nearly 20,000 camels into Australia, largely from India, Afghanistan and the Arab world.

From 1920 onwards their popularity fell as the use of motor vehicles for freight haulage increased.

Most were just let go to fend for themselves. 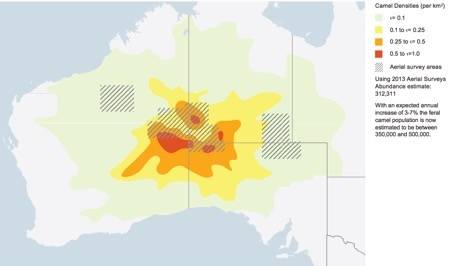 Donkeys, rabbits, goats, buffalo, wild dogs, pigs, kangaroos - there's all sorts of pest animals in unpopulated areas of the outback, but some say camels are the worst.

Most of the national spending is on keeping pests and diseases out rather than worrying too much about what is already here.

These animals range across vast areas on the inland - a mix of Aboriginal, conservation, pastoral and crown lands.

Feral camels in Australia may not have any predators other than humans. The dingo is the only potential predator, though only on newborns and calves.

Because of their damage to the native bush, fencing (yes there are some fences out there), precious waterholes in particular, some Indigenous groups have started culling them but the task is overwhelming. 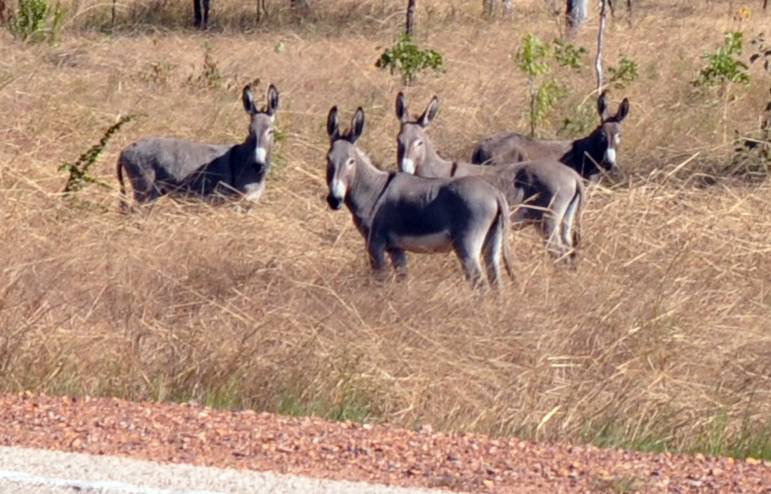 It's not just camels which are a hazard to outback motorists, but donkeys as well. These were alongside the Stuart Highway near Katherine in the NT.

MORE READING: End of an era for wool handling in Victoria.

The 10 Deserts Project, supported by BHP, extends across 10 inland deserts under the control of Indigenous groups and has feral camels in its sights.

Shooting from helicopters has been found to be the best method of culling and there have been various programs.

Early last year about 5000 camels were culled over six days on the APY lands in the remote north-west of South Australia.

Animal rights activists both locally and abroad expressed their outrage.

There have been other culling programs in the outback but the population numbers are daunting and the method is costly.

Federally, the last big push to tackle the camel plague happened more than a decade ago.

There have been some aerial culling efforts. Picture: 10 Deserts Project.

The government endorsed the National Feral Camel Action Plan to combat "an established pest animal of national significance" in 2010 .

A spokeswoman from the Agriculture, Water and the Environment said action plan "was developed to help guide local, regional, and state based management of feral camels".

"The project achieved its end-of-project target densities at all locations and target number of pastoral businesses assisted to improve their camel management was well exceeded."

Since the plan was endorsed in 2010, "the relevant state and territory governments have continued with their primary responsibility for the management of feral camels", the spokeswoman said.

No updates to the plan have been made since 2010.

Experts say the number of feral camels doubles each decade and the reality is no-one is doing much about it.