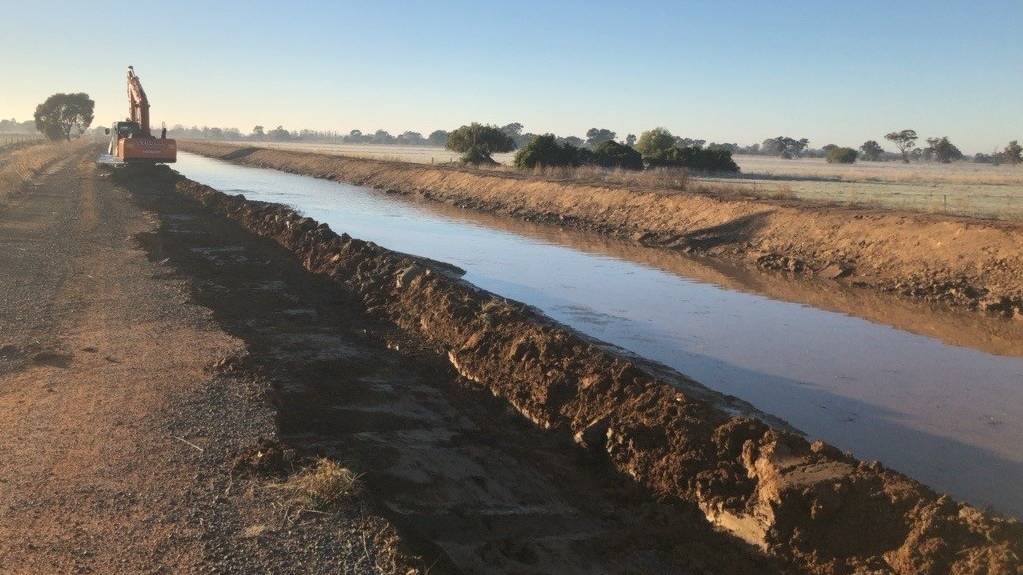 CHANNEL WORKS: An irrigation channel, after the Winter Works program.

G-MW is spending $8 million on maintenance and capital works, during the irrigation shutdown period, from May 15 to August 15.

GMW Infrastructure Delivery Services general manager Warren Jose said staff had been maintaining and desilting channels at about 50 sites, weed spraying at 24 sites, carrying out other maintenance works at about 20 sites, and construction at about 41 sites.

"Almost 80km of channels have been desilted," Mr Jose said.

"The weed spraying portion of the works has included submerged aquatic weed control, spraying drains, and access and visibility spraying along channel banks and infrastructure, including pump stations, communication towers, outlets and regulators across more than 85km.

"Other works undertaken have included channel bank and gate repairs and bridge works, have also been completed at approximately 34 sites."

Mr Jose said maintaining the channel delivery network was critical to ensuring it provided a reliable supply, during the irrigation season.

The next few weeks would be "full speed" to allow channels to be recharged and ready for the start of the 2021/22 irrigation season.