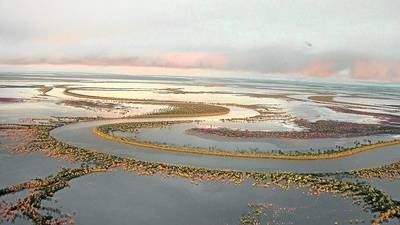 WET WEATHER: The Bureau of Meteorology is forecasting a wet spring because of a negative Indian Ocean Dipole.

THE negative Indian Ocean Dipole (IOD) pattern in the tropical Indian Ocean has become established and is likely to continue through winter and into spring.

That means wet weather ahead for large parts of Australia.

The IOD refers to the year-to-year changes of tropical sea temperatures in the western and eastern Indian Ocean.

The IOD can have a strong influence on Australia's climate during the cooler months of the year. A negative IOD typically brings above average winter-spring rainfall and below average daytime temperatures to parts of southern and eastern Australia.

More generally, the warm sea surface temperature (SST) anomalies currently located to the north of Australia and in the eastern Indian Ocean are likely to persist, which typically enhances rainfall across Australia.

The Bureau's three-month rainfall outlooks are based upon climate models that incorporate the most recent state of the global oceans and atmosphere.

So, it is no surprise that the outlook for August to October shows most of Victoria is likely to have above average rainfall.

There are high chances (80 per cent) across the northern half of the state, tending to a neutral rainfall outlook for parts of the south coast.

Typically, IOD events develop in winter, and weaken in late spring or early summer with arrival of monsoon trough in the southern hemisphere.

The last negative IOD event in 2016 was one of the strongest events on record, resulting in a very wet winter and spring across eastern Australia, with major flooding in western Victoria in September.

While the strength of the 2021 event is forecast to be weaker than in 2016, significant impacts may still occur, including an increased risk of flooding for south-eastern Australia.

This forecast cooling may also be contributing to the outlook for above average rainfall for much of Australia in the coming months.

Climate change continues to influence Australian and global climate. Australia's climate has warmed by about 1.44°C over 1910-2019, while southern Australia has seen a reduction of 10-20pc in cool season (April-October) rainfall in recent decades.