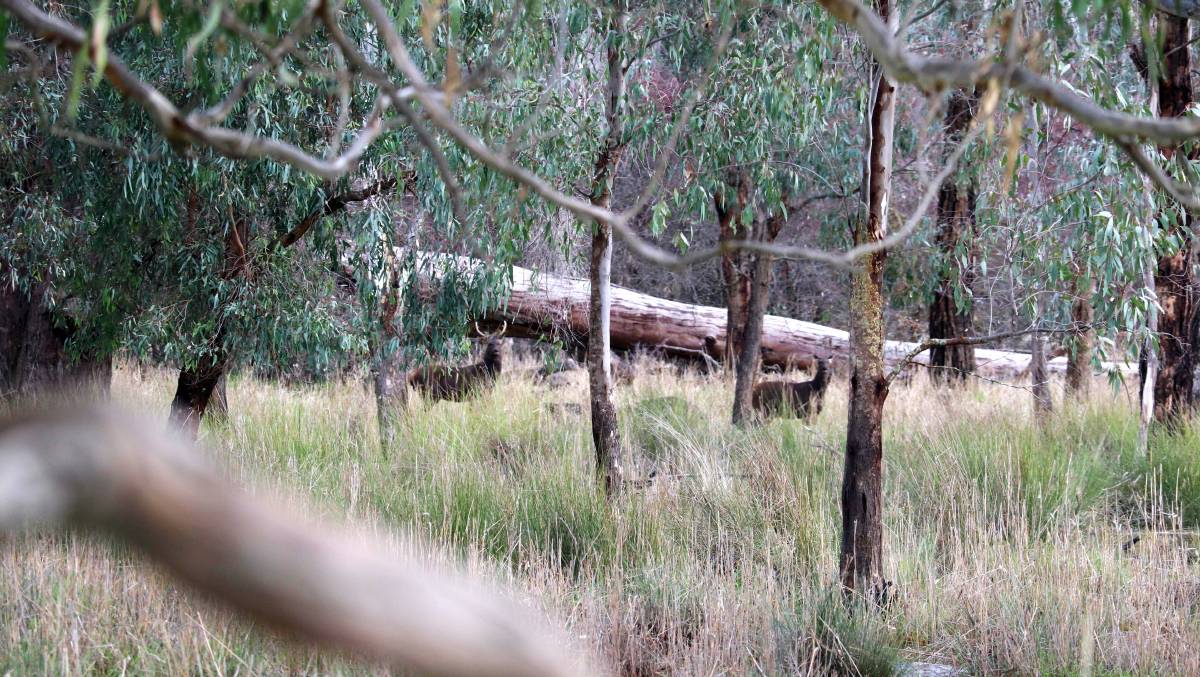 Mitta Valley farmers say they are having to adapt their operations to manage feral deer on their properties.

Robyn Scales farms 300 head of cows and calves on 400-hecatres at Dartmouth and fattens them on another block on the Mitta River.

"It's really exacerbated this year," she said.

"I think it's because we've put some winter crops in, some oats in.

"It was locked off adjoining the bush... in a week it was all eaten down, 200 acres of sown down oats."

Ms Scales said she was allowing some recreational shooters on the property but they alone were not enough to control the population.

She had used a commercial harvester for the past three years.

He comes once a fortnight and takes about 15 deer a night, she said, while local recreational shooters were allowed on the alternate weeks.

Using a professional harvester had its positives, she said.

They took the carcases directly to the abattoir and farmers received 50c a kilogram back.

"He could probably come weekly at the moment," she said.

"They're 30 metres from our house - that's how close they are and how quiet they are."

The region had experienced two good seasons which may have contributed to increased numbers, she said.

Managing deer was an ongoing issue for all farmers in the area, she said.

"Down the track if the problem exacerbates I think we're going to have to look at deer fencing," she said.

"It will be a huge chore.

"We've got a huge area - we've got three sides of our farm adjoin state forest.

"They even swim the river you know, to get to our oats."

She hoped authorities would consider subsidies for fencing in the future.

Ben Teak, Tallangatta South, said there were no deer on the property when his parents moved there in 1988.

Mr Teak said numbers had risen over time and by the late 2000s deer were well established.

He said the property was bordered by state forest on three sides with some of the paddocks blending into the bush to allow cover during calving season.

He believed deer had been pushed into the area during the 2003 bushfires.

He said they were now well established and were impacting the 303-hectare property's stocking rates.

He was conservative with stocking and a comfortable number was about 150 breeders, but he had now reduced that to 120 due to grazing pressure from deer.

Mr Teak said if paddocks were left too long to rest he would find deer had grazed them.

"We're a small operation and it's certainly impacting our productivity," he said.

"We could feasibly have up to 50 deer in our paddocks at night."

He had been involved in early inquiries into deer management and had lobbied for commercial harvesting in Victoria, which was legalised in 2018.

He said a harvester now periodically came to the property and would often shoot up to 12 deer a night.

His family ate venison more than beef, he said.

"I'm glad it's being utilised," he said.

"There's positives - you've just got to try and make it return something because at the moment it's making a loss."

He was reluctant to consider boundary fencing because of the way his paddocks merged into bush.

It would cost into the 10s of thousands to fence the required 15 kilometres, he said.

Going forward he would continue allowing a commercial harvester.

"I think it's the new reality," he said.

"I'm not sure you're ever going to eradicate them."