A look at how the lamb and mutton market is playing out. 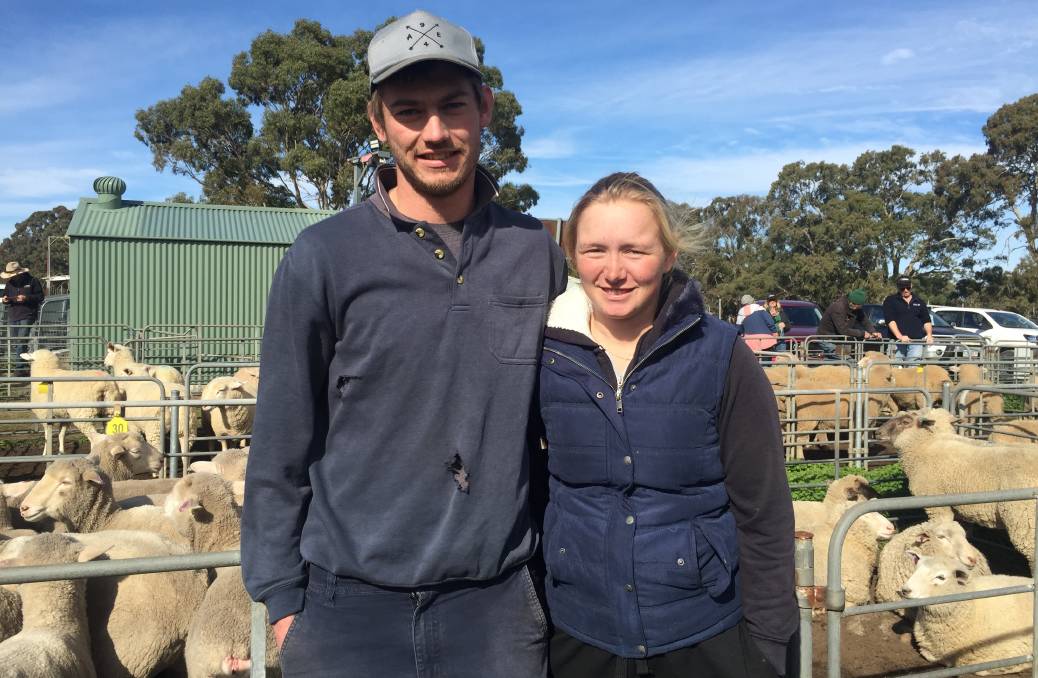 SELL OFF: Brad Gabell and Brie Harvey, both from Jervois, SA, sold lambs at Mount Pleasant, SA, earlier this month.

More lambs at saleyards last week had little effect on the exciting run of prices as the industry steps closer to spring.

It was the biggest winter yarding at Wagga Wagga, NSW, in living memory, according to Blake and Co auctioneer Mark Login.

Aside from the high prices acting as a lure into the auction system, Riverina producers are running out of time before the perennial problem of teeth begin to arise in their flocks.

The bulk of the offering was outstanding with the biggest percentage of the lamb offering weighing above 30 kilograms carcase weight.

These big super-sized lambs improved by $7 a head, with plenty of sales between $290-$318, and the bulk averaging 737 cents a kilogram cwt.

When you drill down through the Wagga Wagga lamb statistics, producers have moved away from turning off trade lambs, with their focus on finishing extra heavy stock.

After big rainfall totals over the past few weeks in NSW, producers are heading towards an exceptional spring with a bank of feed in front of them.

Surprisingly new season lambs made their first appearance this year and it is only mid-July.

Agents mustered more than 1000 top quality suckers with most weighing from 21-24kg.

Meanwhile, there was only a slight correction for mutton this week despite the bigger yarding and less buying competition.

Good lines of mutton continued to trend about 609-639c/kg.

Historical price data shows the odds of a winter premium for lambs does favour the farmer and this week processors delivered yet another rate rise.

At Bendigo prices lifted again with the bigger increase around weight.

However, any genuine domestic lambs in a range of 22-24kg sold $5 stronger to average 930c/kg cwt.

Heavy export demand ramped up several notches with prices rallying by as much as $12-$15.

Buyers bid strongly for heavy lambs resulting in price gains of up to $20 to average 854-924c/kg cwt.