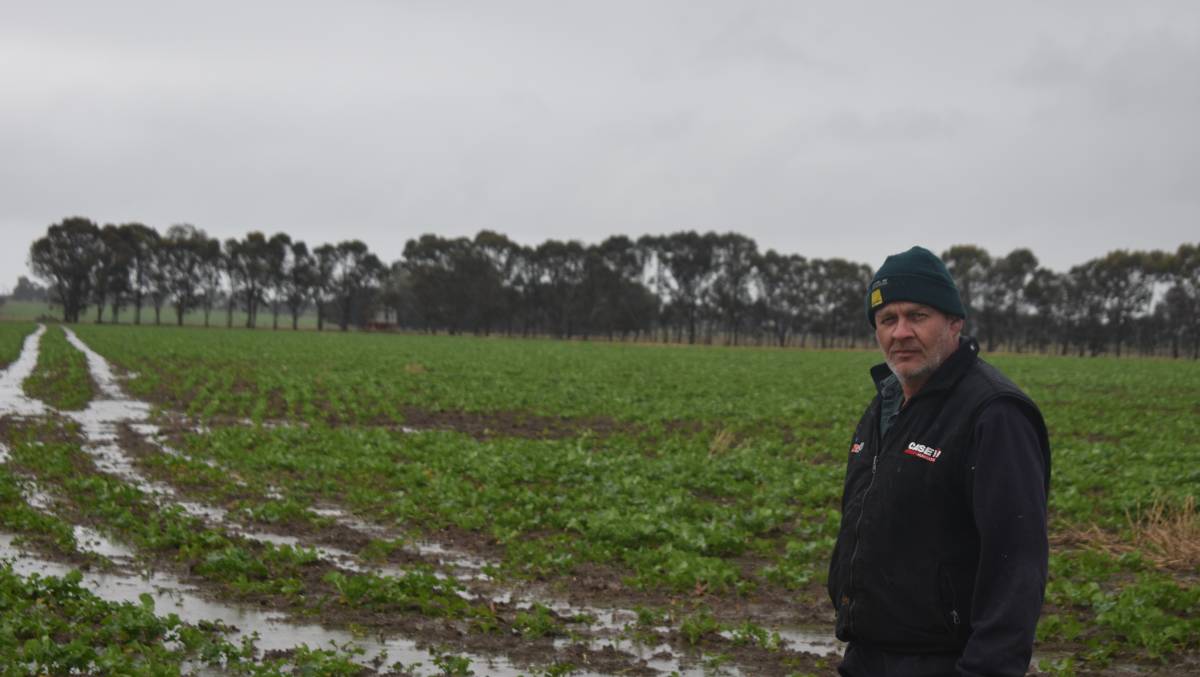 There has been no shortage of rainy days in the past week with farmers generally happy with the current seasonal situation.

Areas in the central part of the state have received as much as 100 millimetres this month already, with wet paddocks now becoming prevalent.

The rains have been a boost for crops in the northern areas where a slow start to the season saw some crops not yet germinated.

In the central parts of the state, while rains prior to this week have been patchy, the latest falls have many saying enough for now.

At Campbelltown grain and livestock producer, Craig Mortlock, said the paddocks were now wet after around 50mm in the past week

"We had 6mm this morning (Tuesday) and we don't need any more rain now. I'd prefer it was wet going into August than dry," he said.

"We can't get into paddocks now and won't without a couple of weeks of dry weather.

"We want to get back on to put another application of nitrogen out.

"Most spraying is done but if it stays wet we might go back in when we put a fungicide out to knock some broadleaf weeds in cereals."

Mr Mortlock said the season was about as good as you could want.

Rains through summer were followed by a dry back half of April early May, but since May it had been ideal, he said.

"A couple of heavy frosts slowed things u but it wasn't too bad," he said.

He said forecast rain on the weekend would make it "very wet".

At Navare Shane Bibby said they had measured 368mm for the year to date including 165mm of growing season rainfall since April 1.

He said summer totals were around 200mm which provided excellent moisture deeper in the profile.

"We started sowing canola on Easter Tuesday and we sowed directly into moisture and we got germination in six days. It was early and warm and we had moisture," Mr Bibby said.

"We have been just getting a bit of rain and in the past six weeks it has ramped up.

"Most of our spraying and fertiliser has been done.

"The canola has started to run up to flower and they look the best I have ever grown."

Beef producer, Brenton Sessions, Balmattum, said that after a really good start with green feed in February it dried out up until six weeks ago - "it was looking fairly tough".

"We've turned the corner now and another three weeks with the sub soil moisture we have no it should be a good spring," he said.

Stock were holding condition with calving just starting which matched the seasons in the area.

Mr Sessions said the biggest concern was lice on the cattle. "When it's cold and wet they really suffer from it and were are treating every four weeks at the moment," he said.

At Hopetoun Tim Ferguson said the region had been desperate for the recent rains.

"It was good. Most got around 25 to 35mm and people are pretty happy," Mr Ferguson said.

With a late start sowing was done "without rushing into it", he said.