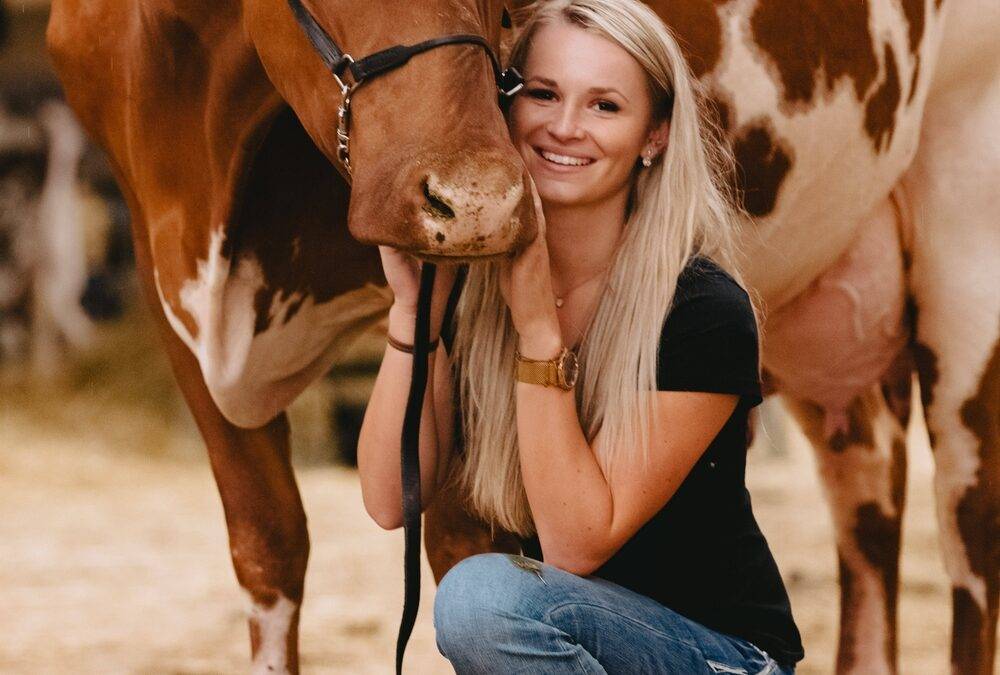 FAMILY TRADITION: Zoe Hayes, 22, Girgarre is following in her father's footsteps in going into the dairy judging circuit. She'll represent Victoria at this year's national championships.

A young Girgarre dairy farmer will represent Victoria in the national judging competition.

Zoe Hayes, 22, Girgarre, is from a family that runs a 500 cow herd and the Llandovery Illawarra stud.

"I grew up watching my dad and we travelled to New Zealand and England, where he was invited to judge," Ms Hayes said.

"Being around my dad, Tony, and nan, Gloria, seeing and listening to their passion for breeding is something that I have also developed a passion for."

She said she enjoyed sorting the cattle being judged into categories, based on the traits she felt were most desirable for the breed.

"My passion is the Illawarra breed - but a good cow, in any breed, is a good cow," she said.

"With winners, you start to see a pattern."

She said she looked for balance, in both heifers and cows.

"To be a functional cow, she has to be balanced in the show ring and on the farm as well.

"She doesn't have to be the tallest, or biggest, cow."

"It's an extremely prestigious event and positions at the nationals are keenly contested," Dr Wilson said.

"These young people are the future of agricultural show competitions, which are crucial to the continual improvement of Australia's food and fibre.

"The national competition is a coveted opportunity to grow personally and professionally by practising skills against the cream of the crop."

The national competition is held in a different location each year to promote livestock judging, parading and the industry as widely as possible throughout Australia.

This year it will be hosted by Queensland Ag Shows at the 143rd Royal Queensland Show in Brisbane from August 7-9.

Queensland Ag Shows president Kerri Robertson said in a dairy cattle judging competition it was important for the assessor to relate the form of the animal to its function.

"These young judges will be looking for structure, soundness and strong milk production attributes in the dairy cows they are judging," he said.

"Entrants use their skills to adjudicate the placings of the stock and then must articulate their approach."

The dairy cattle paraders' competition is designed to determine who most effectively presents and parades an animal before a competition judge.

"Competitors have one hour to prepare their animal for presentation at judging," Mr Robertson said.

"They have to wash, clip, groom and then finally parade the animal before the judge."