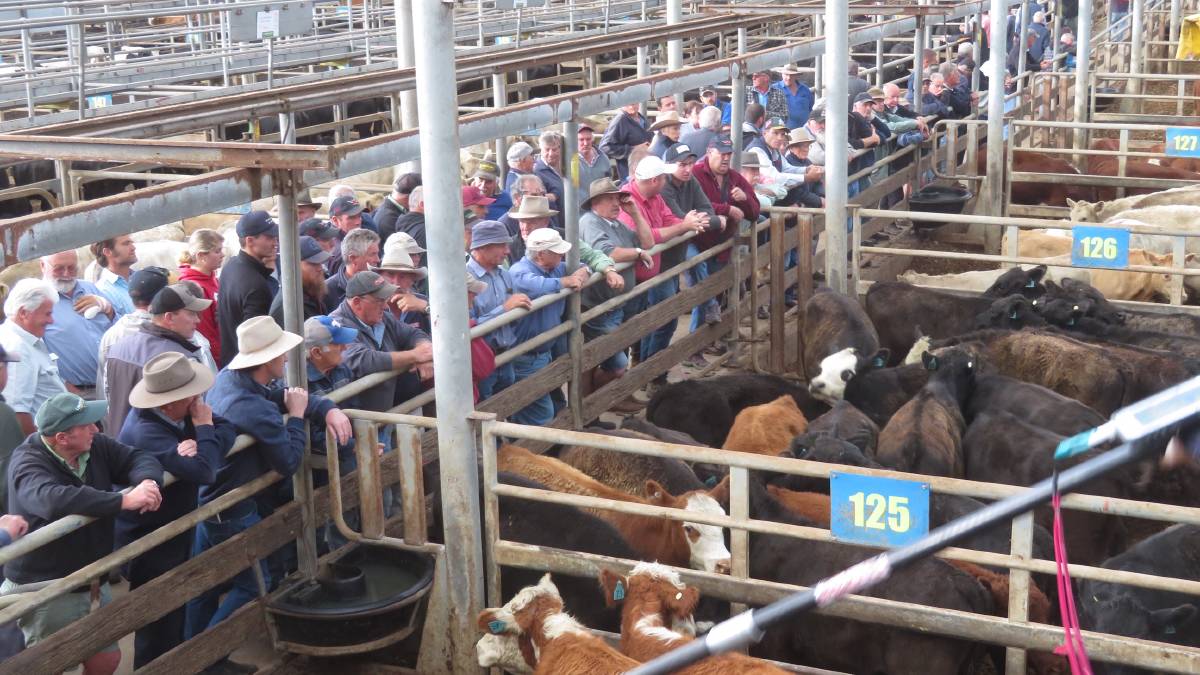 SOFTER PRICES: There was a price dip on heavier steers at Leongatha, on the back of a softening of quality.

Prices for heavier cattle dipped slightly on the back of an easing of quality, at the fortnightly Leongatha store cattle sale last week.

Elders agent Rohan McRae said despite there being a drop in quality, the sale was still "right up there".

"We had a fantastic run of cattle the fortnight before, but they were probably not as good this time," Mr McRae said.

He said 450-530-kilogram Angus steers sold in excess of 500 cents a kilogram, while those over that mark went for below 500c/kg.

"There was only a limited range of cattle selling to 400c/kg," he said.

"They were either a little bit crossy, or carrying heaps of weight.

Agents yarded about 2000 head of cattle.

Feedlots and abattoirs, including Thomas Foods International, Garrison, Westside and Radfords sought out the heavier stock.

"A lot of producers with these South Gippsland cattle, which would have been destined for a grassfed program, are looking at the price Angus with any weight are making," Mr McRae said.

Nutrien South Gippsland Livestock stock agent Jack Ginnane said cattle of the same quality sold to the same level as a fortnight ago.

Mr Ginnane said smaller steers sold up to 700c/kg, with restockers able to come back into a "mixed-quality market".