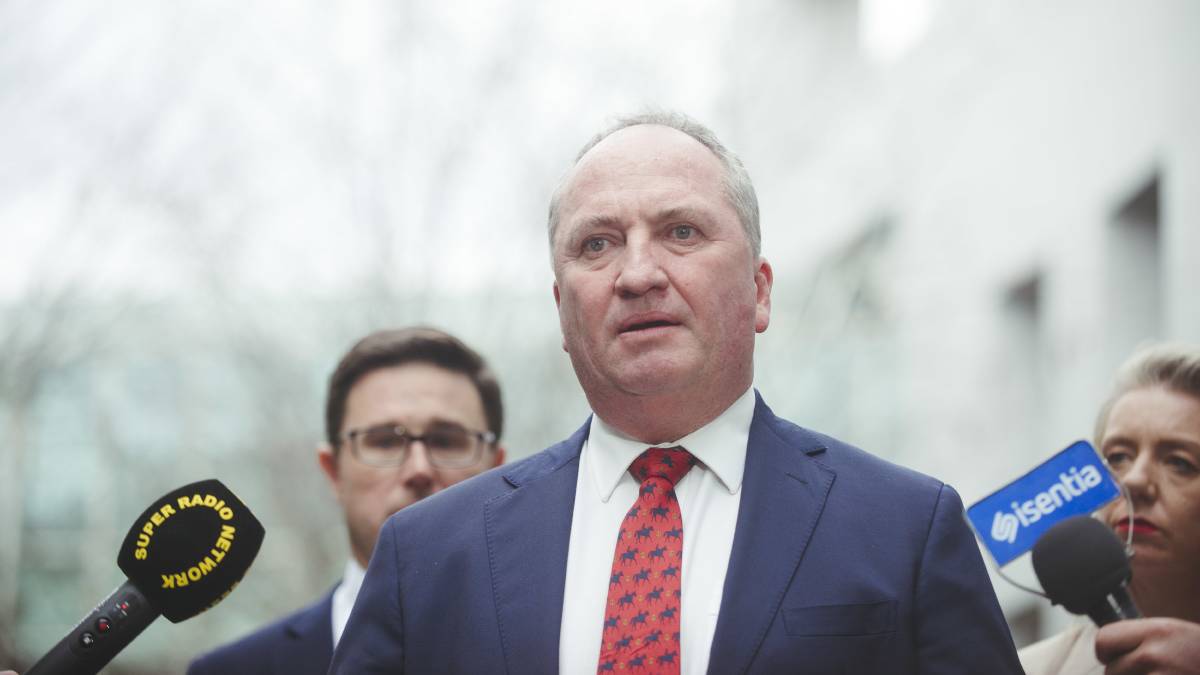 The federal government's second-in-charge has dismissed calls to consider a policy of net zero emissions by 2050 without first being shown the cost.

Deputy Prime Minister Barnaby Joyce likened agreeing to the 2050 target to eating at a restaurant without first knowing the menu or the cost of your meals.

The National Party leader recently returned to the party's top role after sitting on the sidelines for more than three years. He's long avoided publicly agreeing to the target without the total backing of the party room.

Mr Joyce was asked on the ABC's Insiders program on Sunday whether he supported the target after reports others in the Nationals Party were "open" to the idea.

"Generally how restaurants work is you go in and have a menu and they have what's on the menu for lunch and what the price is," Mr Joyce said on Sunday morning.

"That is how a competent decision is made and that's what we're looking for. What's on the menu and what the price is."

The Labor Party's approach is that they don't care what's on the menu, he said.

"They don't care what is the price and when what turns up is sauteed gherkins and sashimi tadpoles, they'll accept anything for lunch," he said.

"Show us what's on the menu and show us what it costs and we'll decide whether we're going to eat it."

Asked again by Insiders host David Speers whether he was in favour of net zero by 2050, Mr Joyce said he couldn't be clearer.

Mr Joyce told the Australian Financial Review on Saturday he would struggle to retain leadership of the party if he agreed to the policy.

"The likelihood of Joyce getting endorsement from his party room to agree to net zero is zero. That's where the net zero lies," Mr Joyce said, referring to himself in third person.

"And if Joyce was to come back to the party room and said 'I had a really interesting conversation, I've just agreed to net zero', then his prospects of getting out of that room as a leader would be zero."

Dumped veterans' affairs minister Darren Chester also said he supported a move toward the policy while supporting farmers for their efforts to reach the target.

Last week, the European Union announced a proposal to introduce a tax on energy-intensive imports from countries without a carbon price.

It would mean Australian exporters would have to pay more to sell into the EU compared with producers from countries that have more ambitious climate policies.

Mr Joyce was unimpressed, saying the EU was bringing in arbitrary tariff barriers which would impede the economic recovery from Covid if the world went down that path.

"What's happening to Europe with the so-called carbon tariff is just a tariff. Forget about the adjective, it's just a noun. It's a tax," he said.

Labor's spokesperson for climate change and energy Chris Bowen told Sky News on Sunday the cracks in the party divided over its climate change views were showing.

"Michael McCormack is slightly better on the issue than the letter of the National Party but they are all pretty hopeless when it comes to seizing the opportunities for rural and regional Australia," Mr Bowen said.