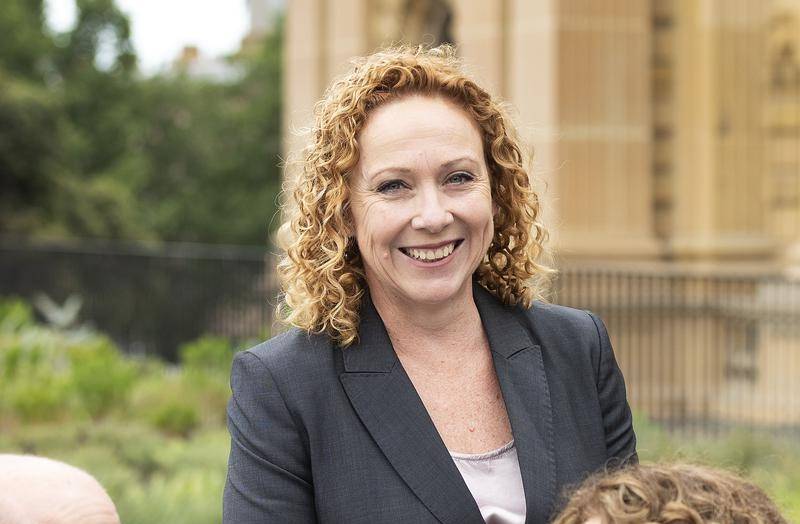 ROADS STUDY: Ports and Freight Minister Melissa Horne says the study is an essential first step to improving the freight network for local farmers and industry.

Farmers and transport operators say action, rather than another study, is needed to address road and rail problems in the central Murray.

The state government has announced a $75,000 study to identify infrastructure constraints and develop a plan to enhance High Productivity Freight Vehicle access in the Swan Hill and Ganawarra shires.

The Department of Transport will work with Swan Hill Rural City Council and Gannawarra Shire Council, with the government contributing $50,000 to the project.

"We'll work with the local councils to establish a stronger and safer HPFV network by identifying works that need doing across the Swan Hill and Gannawarra region," Ports and Freight Minister Melissa Horne said.

"Road freight plays a vital role in transporting Victorian exports such as fruit, grain and other agricultural products, and this work will cut costs for farmers and freight operators, delivering better outcomes to local communities."

She said the study was an essential first step to improving the freight network for local farmers and industry.

But Manangatang grain grower Chris Plant said while farmers welcomed the funding, they questioned whether the Department of Transport would look at studies that had already been completed.

She said the Central Murray Regional Transport Strategy was released in 2019.

"There is no vision shown here - we need an overall state freight strategy, the big picture, that addresses both road and rail freight infrastructure for the next 20-50 years, not a piecemeal approach," Ms Plant said.

"Road and rail should complement each other and funding needs to be allocated so that both methods are fit for purpose."

She said the 'last mile" was of concern, with some councils slow to gazette roads for B-Double trucks, let alone HPFVs.

"They will need funding to get some of these roads up to scratch," Ms Plant said.

"How long will study take and when will funding be allocated to address restrictions identified in the report?

"How will environment issues in particular truck emissions be addressed?"

She said the government also needed to provide further funding for upgrades to the Sea Lake and Manangatang rail lines, to remove speed restrictions.

"It's the process - they are so scared about making a decision, about anything," Mr Anderson said.

Mr Anderson said there had to be a "degree of authenticity" about planning.

"It can't be off-the-hip and it can't be just full of anecdotes, we have to get serious about creating some technical information.

"But really what we want are decisions, from that information."

"That's where the government struggles," he said.

"I can only say thank you, to the minister, for giving us some money - but make a decision," he said.

And Manangatang grain grower and transport operator Leeton Ryan, Ryan Logistics, said the study should have been done many years ago.

"Victoria is a long way behind the other states," Mr Ryan said.

The biggest issue was weight constraints, on bridges.

"Swan Hill is really behind, you look at Mildura and they are really good with road train access, they are exceptional.

"If you look at a map, once you hit the Swan Hill shire access really peters out."