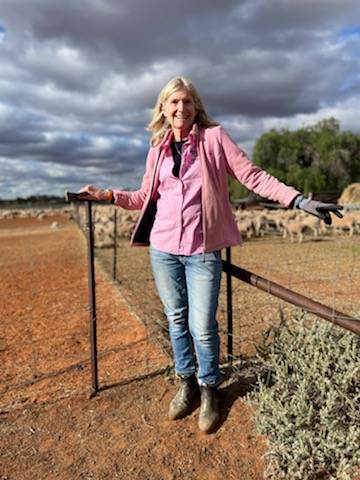 Hardwicks has been acquired by multinational, Kilcoy Global Foods.

Along with Radfords, Warragul, Hardwicks is believed to be one of only two Victorian abattoirs offering a "service kill" for small and organic producers.

He said Hardwicks processed a lot of organic livestock from NSW and South Australia, as well as Victoria.

Many small operators simply couldn't justify the expense of USDA NOP certification, with the cost ranging from $700 to $2000, on top Australian organic certification.

While most organic meat was sold on the domestic market, many Australian abattoirs applied the USDA standard, so they only had one certification system to deal with.

NOP certified organic livestock had to be separated from all other certified animals.

"There are more organic operators in Australia certified to the USDA standard than there are in any other country, outside America," he said.

'We have 800 operators, around Australia, who are certified by the USDA.

"I would say the only reason 30 per cent of those are certified to the USDA standard is that they need to be, in order to get their cattle slaughtered."

KGF's Australian president Jiah Falke said it was too early to say whether or not it would ask producers to seek American certification.

"Since the Kilcoy Global Foods (KGF) and the Hardwicks announcement, it has been business as usual for our team with all our trading partners," Mr Falke said, in a letter to suppliers.

He said some questions had been raised about KGF's ongoing commitment to support smaller producers.

"We reiterate that there are no plans to cease this arrangement with our valued customers and suppliers," Mr Falke said

"We are proud of being able to continue to offer services for those invested in "provenance" and/or "paddock-to-plate" processing and - through further investment - we anticipate enhancing these services."

"We have tried to get other abattoirs to go organic, but they won't look at it - so we are so lucky Hardwicks is still doing it," Ms McClure said.

She said abattoirs said staff shortages were hampering their ability to do organic kills, due to the strict regulations around certification.

"I would be devastated if we lost Hardwicks," she said.

Andrew Liesfield and his sister Marianne Easton grow organic grains and produce about 1000 prime lambs, from a Hampshire Downs/Perendale-cross flock, at Willaura.

Mr Liesfield said they had previously gained NOP certification but there didn't seem to be any incentive in having it.

"We did it successfully for years - but all we got was a lot of international emails," Mr Liesfield said.

"The premium for organic certified lamb has essentially been nullified by the conventional lamb price."

The property's Australian organic standard audit cost about $1500-1700 a year, with the NOP being an additional expense.

M Liesfield said Hardwicks was the preferred option for many Victorian and NSW organic livestock producers, because of its location.

"If Hardwicks stopped doing that, it's basically the end of organic lamb, in Victoria," he said.

Mansfield organic prime lamb producer Carolyn Suggate said it was critical to have an ethical and certified abattoir, within a "fair range" of the farm to ensure animals didn't have to travel too far.

It was important the abattoir was also willing to take beasts of varying seasonal sizes and deliver the meat in good condition to organic butchers.

"The traceability aspect of the organic industry is critical for a trusted supply chain to the end consumer," Ms Suggate said.

"We have had some terrible experiences with other abattoirs that we refuse to use - on ethical and moral grounds.

"We value Hardwicks service to the organic industry - and hope with this ownership transfer they continue to do so for the increasing number of organic producers across the north east of Victoria."