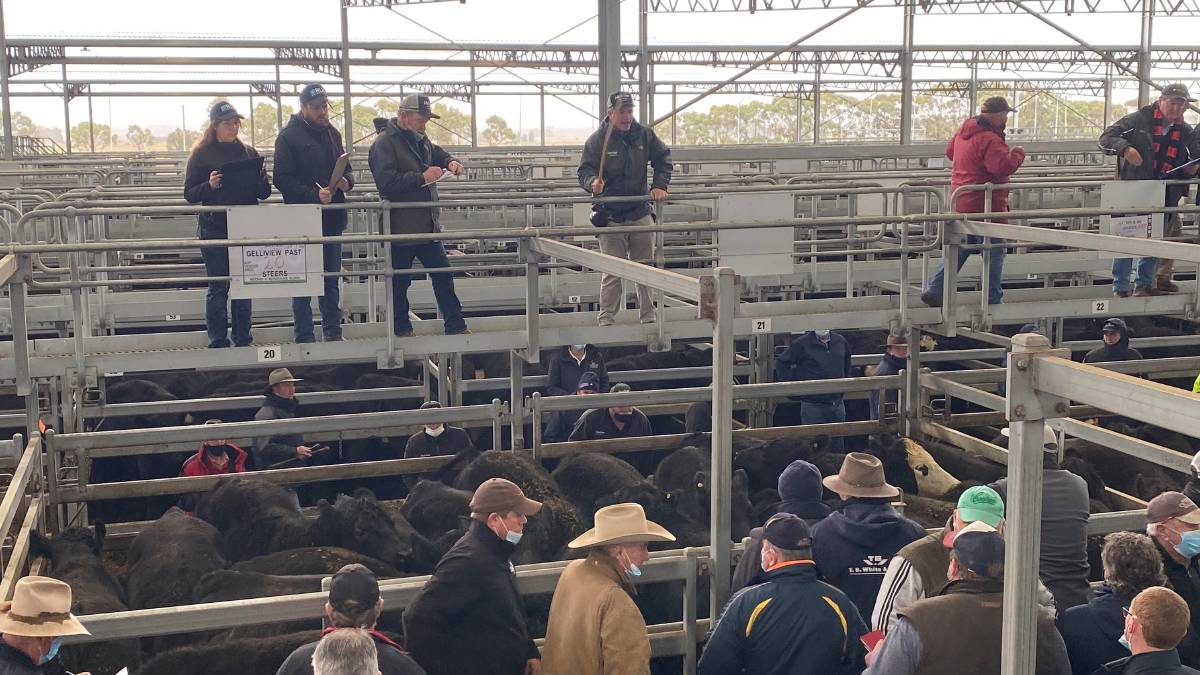 Agents were running out of superlatives to describe cattle prices after Ballarat's July store sale recorded rates were quoted as firm to dearer on the June sale.

Ballarat associated agents yarded 2250 cattle at the Central Victorian Livestock Exchange on Friday, coinciding with the first day of the latest lockdown.

However the lockdown had no detrimental influence on prices or confidence as feeders, grass finishers and restockers bid strongly for a generally "very good" yarding of cattle.

"Grown steers were dearer in places on last month pushed by the regular feeder buyers," he said.

He said any well bred heifers in a big line sold exceptionally well to commission buyers filling orders for breeders from northern NSW.

The lighter weight Angus heifers made anywhere from 600c/kg and upwards.

The majority of the yarding was a "fair bit dearer than a month ago", he said.

Mr Madden said the yarding was "very, very good" for this time of year.

There were a lot of lighter calves but they were "in good nick".

Mr Shanahan said the other factor was the sale of heavy grown steers that would normally be sold as bullocks at Christmas that sold to feeders for 100 day son feed.

"They won't be there at Christmas and that just puts pressure on supply," he said.

He said yardings were similar to last year, the difference being that the general consensus was that "this cattle job is going to stay stronger for longer than was first thought".

The strength of demand was due to a range of factors including a world-wide demand for red meat, he said.

Grown heifers was strong and "mirrored the steer job".