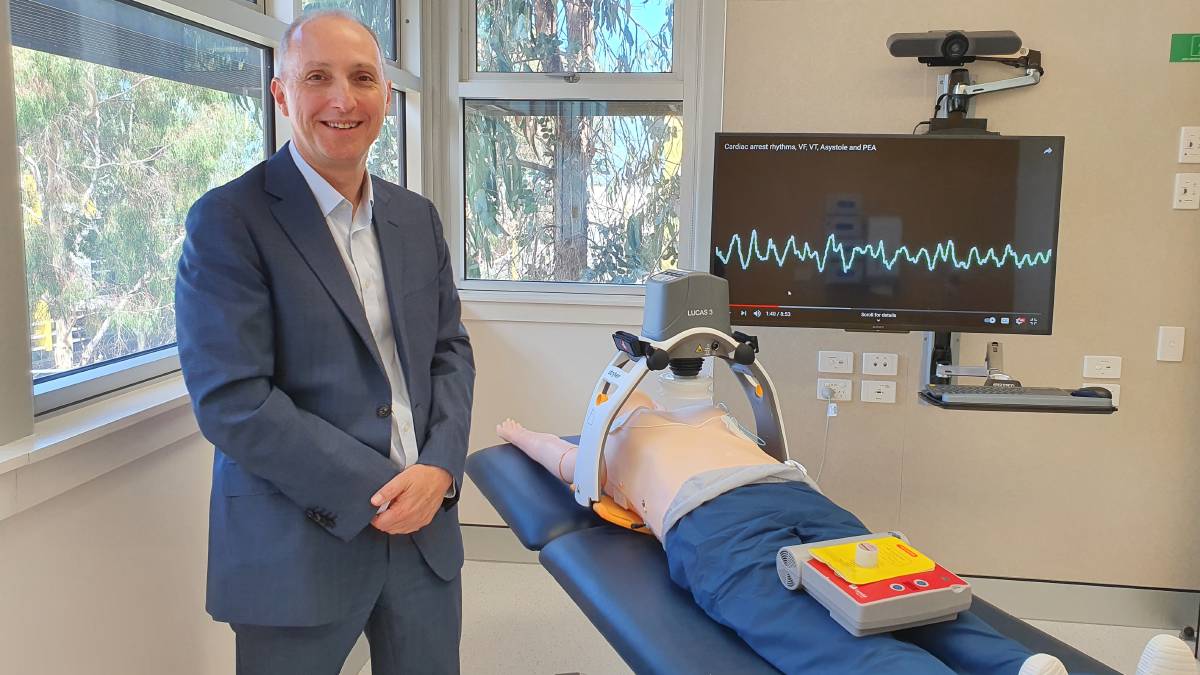 Training doctors in a regional setting is one avenue to help address our nation's regional health crisis.

Public hearings for the NSW state government's inquiry into health outcomes and access to health services in regional, rural and remote areas are continuing.

While the city-country gap in health services in Australia is no secret, this ongoing inquiry is underscoring the alarming breadth of the disparity

According to the Australian Institute of Health and Welfare (AIHW) Rural and remote health report, if you were born in regional Australia today you will, on average and in comparison to your metropolitan counterparts, have a shorter life expectancy, higher levels of disease and injury, and poorer access to health services.

You will also be more likely to be overweight or obese, have high blood pressure and suffer from arthritis, asthma and diabetes.

It is irrefutable that the further away from a major city Australians live, the poorer their health outcomes are and the more limited their access to health services.

This imbalance stretches across almost all facets of the healthcare system, from the provision and prevalence of hospitals and specialist clinics to the volume of nurses, midwives and other healthcare professionals.

Recent examples of the effect of this inequality range from the mildly ludicrous (family of patient asked to provide their own bandages) to the life-threatening (rural family waits three months for cancer diagnosis for four-year-old child).

Perhaps the gap is at its widest in the number of general practitioners servicing our communities.

While the dearth of GPs is certainly not limited to regional Australia - according to the Australian Salaried Medical Officers Federation there is a 30 per cent vacancy rate for training places nationwide - it is more keenly felt outside capital cities.

Many rural towns don't have enough GPs: according to the previously mentioned AIHW report 20 per cent of rural people said not having a GP nearby was a barrier to seeing one.

Graver still, projections indicate many towns face the prospect of having no GP at all within the next 15 years.

The way Australia has been training its Medicine students hasn't solved the problem of drawing doctors - GPs especially - to the areas where they are most needed.

This has long been true even for students who hail from regional Australia, many of whom crossed the "sandstone curtain" to undertake their studies and then, upon completing them, didn't feel compelled to return to the communities of their roots.

This is not a criticism of those doctors, almost all of whom are making truly vital contributions to the health and wellbeing of Australians.

It is, however, a criticism of a training pathway which has systematically syphoned them away from regional Australia for too long.

It has to change. It is changing.

Charles Sturt University, in partnership with Western Sydney University, has recently welcomed its first students to study its Doctor of Medicine course.

Part of the federal government's Murray-Darling Medical Schools Network, the School of Rural Medicine is based at the university's Orange campus and boasts an initial cohort of students exclusively from regional, rural and remote Australia.

According to the Department of Health, exposure to rural and remote settings, whether through living, schooling and/or undertaking study, is shown to have a positive impact on the likelihood of medical professionals practising in regional areas.

This is the primary strategic driver behind the course: attempting to buttress the network of regionally-practicing doctors by training them in regional Australia.

There is no requirement or pressure for students to work in regional areas upon completing their studies, nor will the course be a factory line exclusively churning out GPs - graduates will have the freedom and skills to take their careers in any direction they wish.

But the course is unique in that it a) encourages students to develop connections with a rural community through repeated placements; and b) to see general practice as an important and exciting career.

The fusion of these two notions in the minds of some of regional Australia's brightest and best can only be good for the health outcomes of the almost seven million people who live outside our country's major cities.

Training doctors in a regional setting is one avenue to help address our nation's regional health crisis. It is not a fix-all, a magic wand that will resolve the myriad of issues discovered and discussed at the NSW government's much-needed inquiry.

But make no mistake: it is an important step in the right direction, one we, as Australia's leading regional university, are very proud to have brought to fruition.

I would like to finish by thanking our doctors and healthcare professionals - particularly those in rural, regional and remote Australia - for their hard work and dedication in the face of the challenges of the past 15 months.

Stay strong - help is on the way.

The story Help is on the way for regional GPs in dire need of reinforcements first appeared on The Canberra Times.