Paul and Jenny O'Sullivan's grazing operation is focused on sustainable management of their land and livestock.

Quality Angus cattle play an integral role in Paul and Jenny O'Sullivan's grazing operation in South Gippsland, which is focused on sustainable management of their land, pastures and livestock.

Starting from a Poll Hereford base, they introduced Angus about 25 years ago due to market demand and continue to be pleased with the versatile breed's performance in their grass-fed system.

"With the changing climate, flexibility has become very important to us, because we want to make sure we're not overgrazing or degrading the pastures if we have a tougher season," Mrs O'Sullivan said.

"Having the flexibility to sell our cattle as stores or finish them depending on the season ensures we put the management of the farm at the forefront and also gives us market options.

"We get a lot of repeat buyers for our cattle as they know the history of our herd and our property now, the Angus are performing very well."

The O'Sullivans have been sourcing most of their bulls from the Weeran stud at Byaduk, Vic, for more than 13 years and use a combination of visual appraisal and estimated breeding values (EBVs) for their selection.

They generally like to purchase rising two-year-old bulls at the stud's spring sale and are currently running a team of 13 sires. 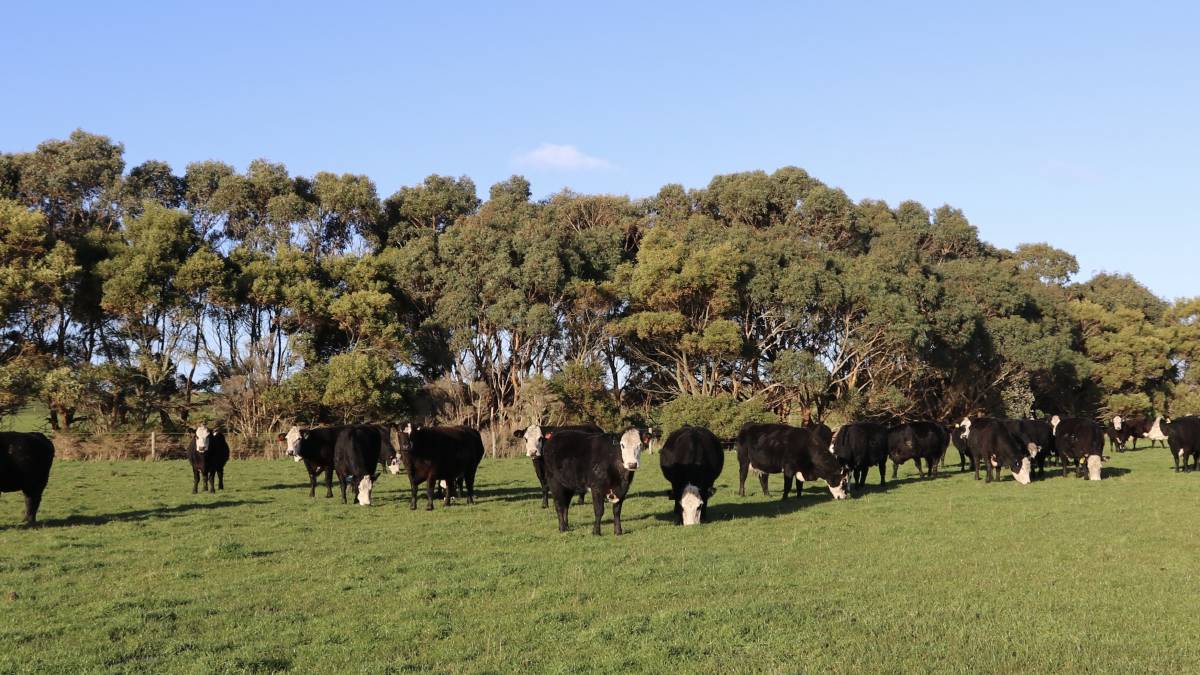 PROTECTION: The O'Sullivans have fenced off riparian areas on their farm, providing valuable shelter for livestock.

"We look at the grass-fed index figures as they suit our production system very well, we want above breed average for the maternal figures including milking, days to calving and gestation length as well as good growth," Mr O'Sullivan said.

"Traditionally we sell stores in the local saleyards which are dominated by feedlots and grass fatteners from South Gippsland so we want 600-day growth to be above breed average.

"Selecting bulls suitable for heifers is also critical, we want a bull with smooth shoulders and a smaller head, and are looking at a low to moderate birth weight and ideally a shorter gestation length.

The herd is joined in single-sire mobs of 50 cows from December onwards for six weeks to start calving in mid-September. A vet check is also carried out on all the bulls prior to joining.

Current conception rates average 90 per cent in heifers and 95pc in the cows with overall calf marking rates of more than 90pc achieved.

Empty cows or heifers are culled immediately and any that require assistance during calving will also be sold.

Significant emphasis is placed on maximising pasture growth and utilisation to meet the nutritional requirements of their cattle and sheep.

Mr O'Sullivan will carry out a whole-farm feed budget from autumn onwards to monitor pasture growth and cover.

"We want to get to the start of September with an average of 1100 to 1200 kilograms of dry matter per ha across the farm," he said.

"Once we get an autumn break I can start to more accurately predict pasture growth rates through the autumn and winter.

"Specific paddocks will be allocated to specific mobs and then I'll work out the timing of the rotation. If there are any problems with the rotation speed, we can add some hay and silage, which is made on-farm, into the system."

The O'Sullivans run the maiden heifers and second-calvers together and the older cows in another mob, using temporary electric fences to subdivide the paddocks if required.

All the cattle will be split into smaller mobs prior to calving.

The calves are weaned in February or March, depending on the season. They are sorted into two mobs, based on weight categories, and rotationally grazed around the farm.

"I have played around with yard-weaning, however, the cattle become very quiet under our rotational grazing regime," Mr O'Sullivan said.

"The priority is to feed them as well as we can post weaning, which may mean some silage depending on the break in the season.

"We follow the MSA standards, which have a growth rate of at least 0.6kg/day over their lifetime to ensure they are going to grade well, that's a minimum target for us in terms of growth rates." 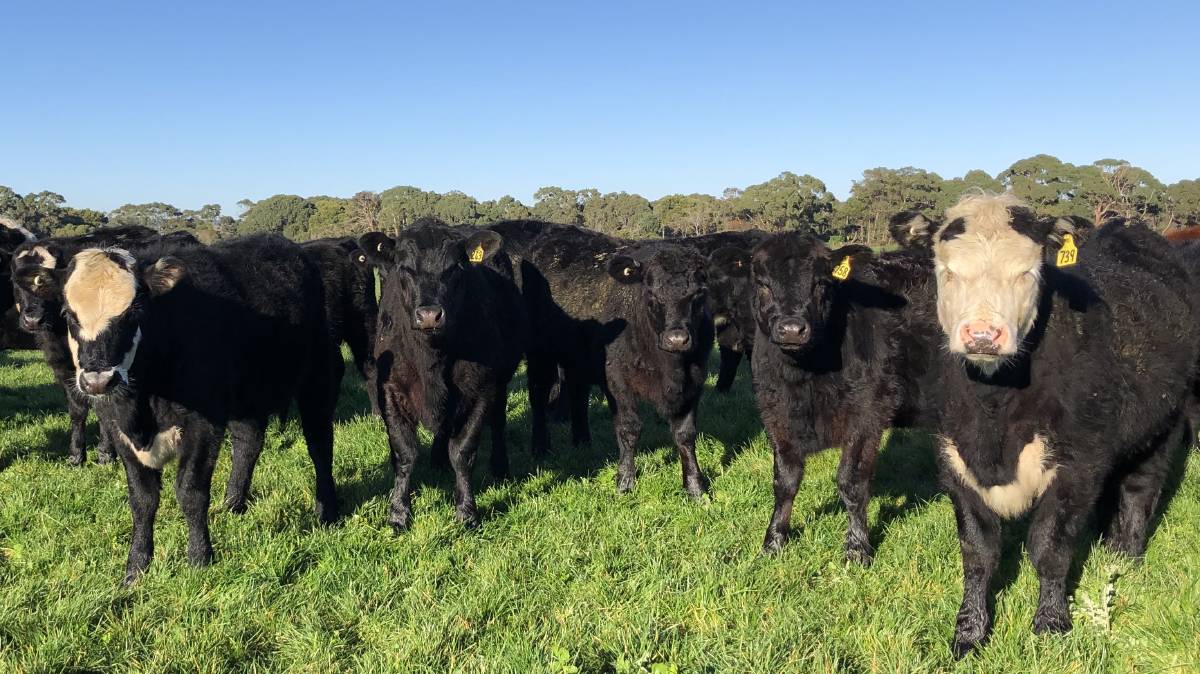 PRIME BEEF: The O'Sullivan family have been buying Angus bulls from the Weeran stud for more than 13 years, with fertility, growth and temperament a priority for their herd.

With production figures aimed at turning off about 450kg per ha of beef annually, the O'Sullivans will look at marketing their steers in the following spring and summer about 15 to 16 months of age.

"There is a major store sale in Leongatha in late January that we normally target and there is generally good demand for animals in that 450 to 470kg liveweight range," Mr O'Sullivan said.

"If we have good feed going into the autumn we might keep some and fatten them ourselves.

"But the way the cattle market has been in the last 6 to 12 months we've been presenting animals at an earlier age and a lower weight to tap into the high prices."

Any heavier steers which the O'Sullivans have finished themselves will be sold over the hooks through Greenham's Never Ever grass-fed program, which they said is also an excellent market for mature cows.

About 130 Angus, Poll Hereford and black baldy heifers are kept each year with a focus on growth for age, structure and temperament.

"For a successful joining, a minimum liveweight of 280kg is targeted," Mr O'Sullivan said.

"As long as they make the weight for joining that's the first priority and then we'll run over them for structure, shape and temperament." 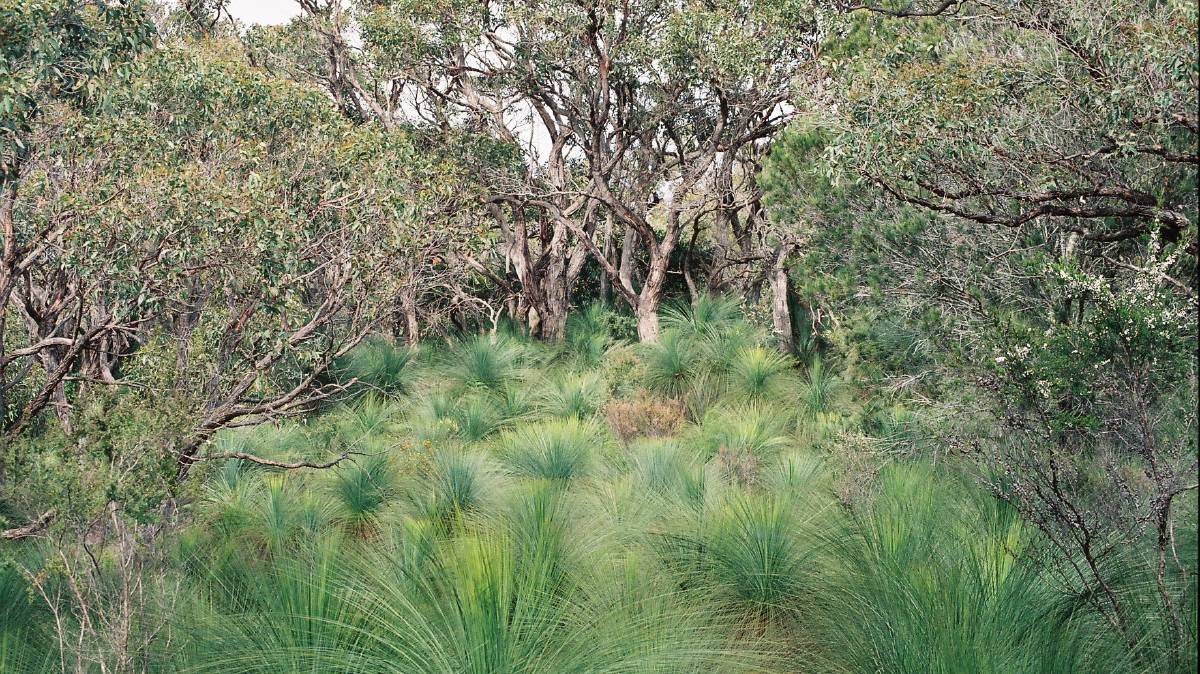 Passionate about promoting sustainable agriculture, the O'Sullivans have developed an agritourism business, Gippsland Food Adventures, to tell their story to consumers.

Mrs O'Sullivan is also involved in the steering group of the Australian Beef Sustainability Framework.

"I think as an industry we are really proud to be part of it and that's where with our food adventures we are very keen to tell the story to people about what we are doing," she said.

"And that's where the annual Australian Beef Sustainability Framework is really important.

"We are reporting on what the industry is doing with the environment, with animal welfare, with people and with profitability."

They have developed a range of sustainability goals on the farm including extensive shade and shelter for animals and best-practice soil and pasture management.

An environmental policy is also in place to preserve several blocks of remnant vegetation on Malabar, the largest being 12 hectares of wooded heath land, as well as protecting valuable riparian areas along creeks.

"I like to think we are farming in tune with nature and produce a really quality product for the consumer, while we're looking after the land, the animals and the people.

"We're really proud of what we do and how our property has improved in the 52 years the family has been on the farm and we want to show people that."