The Dalboscos currently have 110 Angus breeders and 95 Hereford, and the cattle are run across three properties - the home property at Eurobin and properties at Rosewhite and Murmungee, which is being leased from Mr Dalbosco's father John.

His family had Herefords for many years, but started using Angus bulls for its calving ease and high growth rates.

"Dad had straight Hereford breeders, but he always put Angus bulls over the heifers and I always noticed that the black baldies were heavier," Mr Dalbosco said.

"I look at the estimated breeding values (EBV) for 400- and 600-day weight and birthweight around +6, so pretty moderate. We also like the temperament of the Alpine Angus bulls - they're good-natured bulls, and if there's an issue they're happy to help us out."

Steers and heifers are usually sold as weaners, from 9 to 11 months old, but Mr Dalbosco is flexible with markets, and this year he kept some heifers to join and sell to the restocker market.

I typically sell the Angus calves at Barnawartha, but this year it was Myrtleford and the year before that they went to Russia on an export order. Having Angus cattle means we can be flexible about where we can sell them. - Victorian weaner producer Chris Dalbosco

"There's a shortage of females and they're good quiet cows, so it made sense to keep them a bit longer."

He's had good results with the purebred Angus and first-cross calves over the past few years, with good demand from regional backgrounders.

"I typically sell the Angus calves at Barnawartha, but this year it was Myrtleford and the year before that they went to Russia on an export order. Having Angus cattle means we can be flexible about where we can sell them."

The two breeds are run separately, with the Angus breeders joined in May and the Herefords, which are at Rosewhite, from July 1.

Breeders are given a multi-mineral injection and other vaccinations one month prior to joining,

They are run on improved pastures that include ryegrass, clover and phalaris.

"All of the paddocks are improved, and we make sure put out lime and super as needed," Mr Dalbosco said.

"We also rotationally graze, because it's hard in winter and you can run out of feed pretty quickly.

"We move them every week to 10 days, and feed them a round bale of hay every second or third day through winter. We found that if you feed them daily, they don't go foraging." 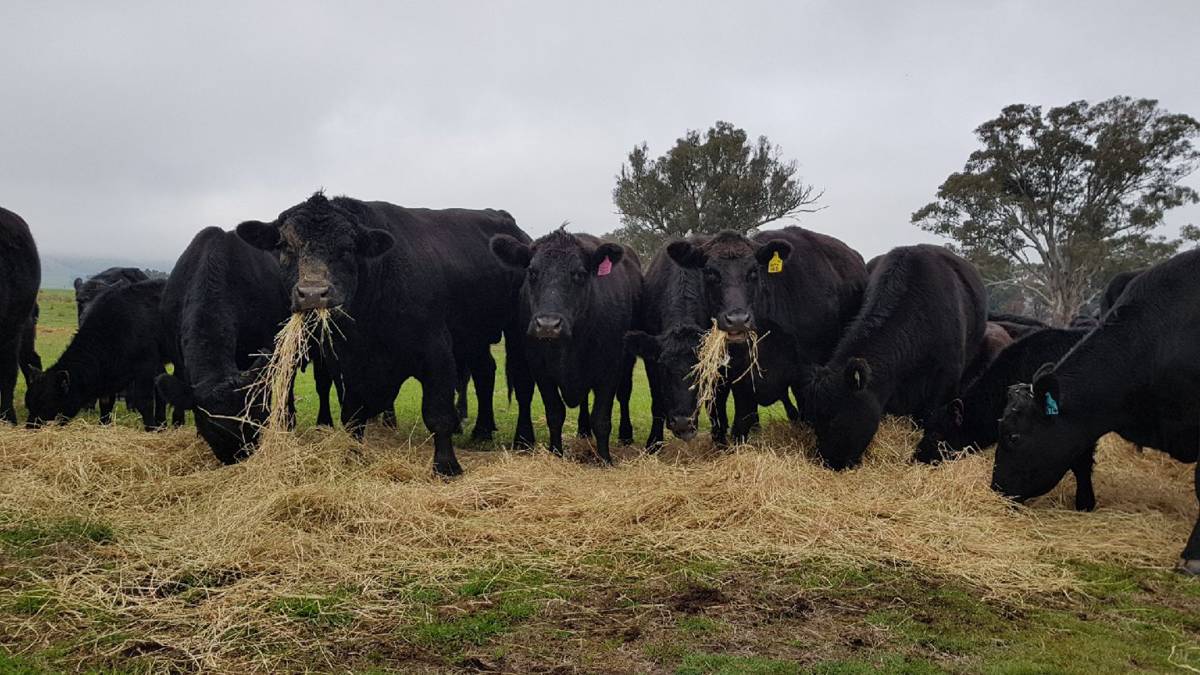 The top of the steers are getting to weights of about 380kg to 410kg, and the drop averages about 350kg at sale time.

"Usually feedlots buy them and the feedback's been good," Mr Dalbosco said.

"We've had a backgrounder buy our calves at 375kg in March and sell them in mid-November at 650kg, so they really packed the weight on, and that's on grass. That's what we're trying to achieve for the backgrounders, so when they buy our cattle, they can turn them over quickly."