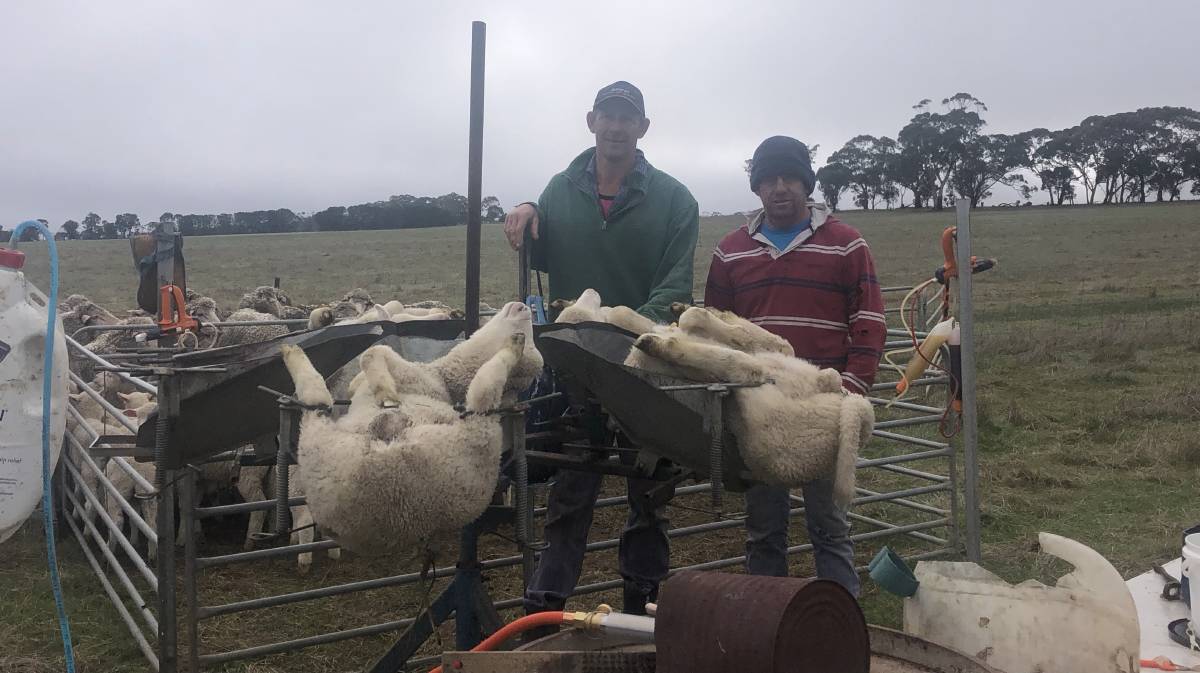 West Wimmera brothers Grant and Bryce Hausler say their intensive mixed-farming operation all boils down to common sense strategies which are proven and work year after year.

Their stud operation is combined with a cropping and pasture renovation program plus a self-replacing Merino flock.

The brothers have been shortlisted for the Zoetis Trade Champion award.

"We use good genetics, give our mobs adequate feed when required and carry out pasture renovations on annual ryegrasses and Wintaroo Oats for grazing during winter."

Their sheep operation includes about 1000 Merino ewes which are joined to Merinos and Border Leicester rams, along with 1200 first-cross ewes joined for heavy sucker and export production using Janmac genetics.

The Merino influence is made up largely of Glenlea Park and Hannaton bloodlines.

"Most lambs are sold over the hooks to gain the most value from our high yielding-carcases," he said.

"We use local saleyards if the opportunity is right, but we've found we prefer the consistency of selling over the hooks.

"Our preferred carcase weight is around 25 to 28 kilograms which is heavy, but not extreme."

He said the operation was spread across 1800 hectares of owned and leased land.

"We enjoy hearing of our clients' success in many regions of Victoria and South Australia," he said.

The stud and grazing operation runs alongside a cropping branch in the family business where the likes of canola, wheat, beans, barley and oats are grown.

"We have harvested sub-clover when seasons and conditions have been right," he said.

"In recent years we have sown annual ryegrasses which have given us quality spring feed and hay and silage."

The brothers, 52 and 46, said autumn 2021 was among one of the hardest seasons they had experienced on their property in several years.

"We did a lot of hand feeding and I would be quite comfortable to say it was the hardest autumn in more than 10 years," Grant said.

The duo are also keen in the research and development side of agriculture, having entered a Janmac ram in the Bowan Park Poll Dorset Research Flock in NSW.

The trial aims to identify leading Poll Dorset sires in the area of growth, eating quality, lean meat yield and the physical attributes

"This data will help identify the type of animals needed to drive our industry forward," he said.