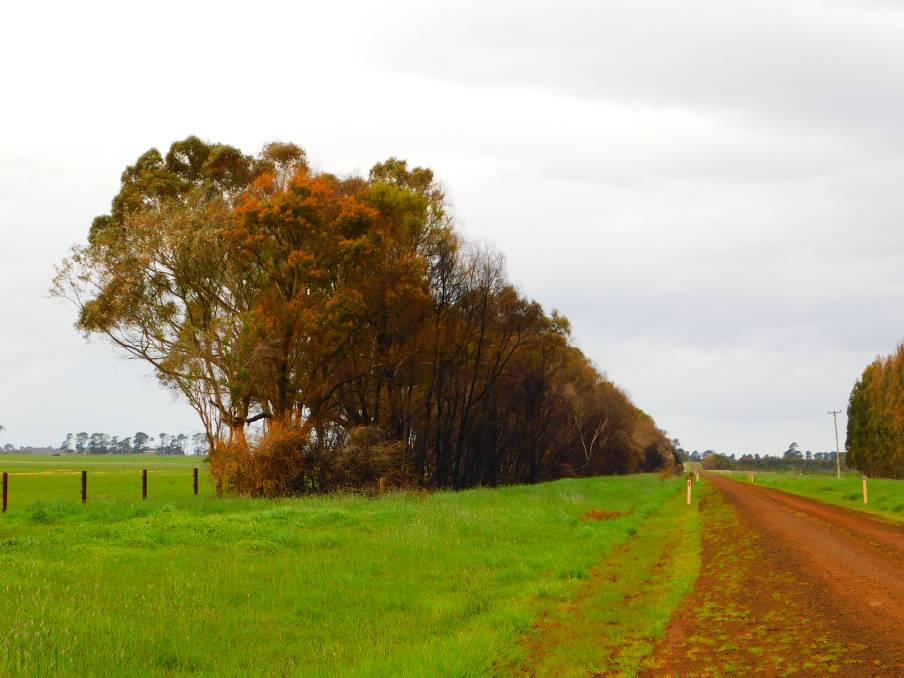 SAVED: A shelterbelt that survived on a farm that the Garvoc Fire swept through and destroyed fences and stock.

COMMENT: Farmers can claim against their business to prepare for fire.

I recently saw a Tweet from Dairy Australia about its National Dairy Farmer Survey, which revealed 88 per cent of dairy producers expect to make a profit in 2020-21.

That is a cracking good result for all of those involved in that industry during the challenges of COVID-19. Well done.

About the same time, I noticed media reports about some terrific heat events across the globe.

A story about Canada and 49°C was a headline that caught my eye.

I set a up a remote camera in a tree in the district around Laang, Victoria, to capture vision of what species would come to a water dish hanging high up in deep shade that got no direct sunlight.

The location had a high proportion of trees compared to other parts of the region.

On the week starting January 18, predicted heat was building and the camera showed all types of birds arriving to the dish during the day, and many mammals seeking it out at night. 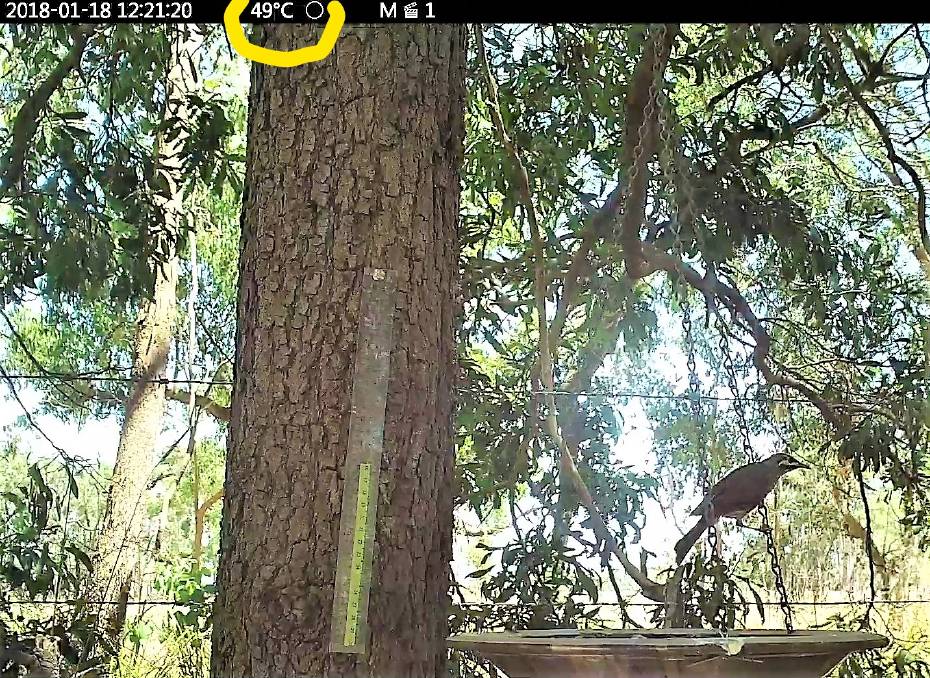 EXTREME RELIEF: The camera picks up wildlife seeking water and the ambient temperature across 24 hours.

What was extraordinary was the temperature stamp on that camera in deep shade.

From 11.32am to 3.58pm, it diligently recorded the fauna and the increasing heat driving them to the water.

Soon after midday, the temperature reached 49°C and it remained at that peak until after 2.47pm, after which it slowly dropped to 28°C at 9.50pm and held at that level throughout the night.

That rise and fall pattern repeated into the next day, and then the next.

Then it repeated, again and again.

That January was the third warmest Australia has every recorded.

I put two other remote cameras nearby, just in case this was a false read. It was not.

Less than eight weeks later, I looked out of my lounge room window at night and saw the red orb of Garvoc on fire on the horizon.

In the aftermath of these St Patrick's Day fires, I met a lot of farmers who - like me - had seen it coming.

For some, this occurred literally as the fires swept past their lives and livelihoods.

I listened to their fear about it happening again.

I determined that I was going to do something practical for all farmers who wanted to know how to improve their fire preparation, and how to pay for that spend.

Insufficient preparedness for fire has deadly consequences to agriculture, and the weather drivers underpinning rural area fires in Australia are not going away.

So, back to profit.

Whatever profit a farmer predicts, they already have a mental "buy" list - potentially encompassing debt, feed, machinery, upgrades and stock.

This year, to all those who are farming in Australia - not just in the dairy sector - I would like you to put a "buy" tag on a free fact sheet written by the Australian Taxation Office (ATO).

It outlines for every tax-registered primary producer in Australia what they can claim against the farm business to prepare for fire and can be found at: www.basalttobay.org.au/interest-areas/tax-rebates

I helped the ATO develop it after my experiences in the wake of the St Patrick's Day fires here.

The Fire Preparedness fact sheet is collaboration between the ATO and the Basalt to Bay Landcare Network, with advice from the Country Fire Authority in Victoria.