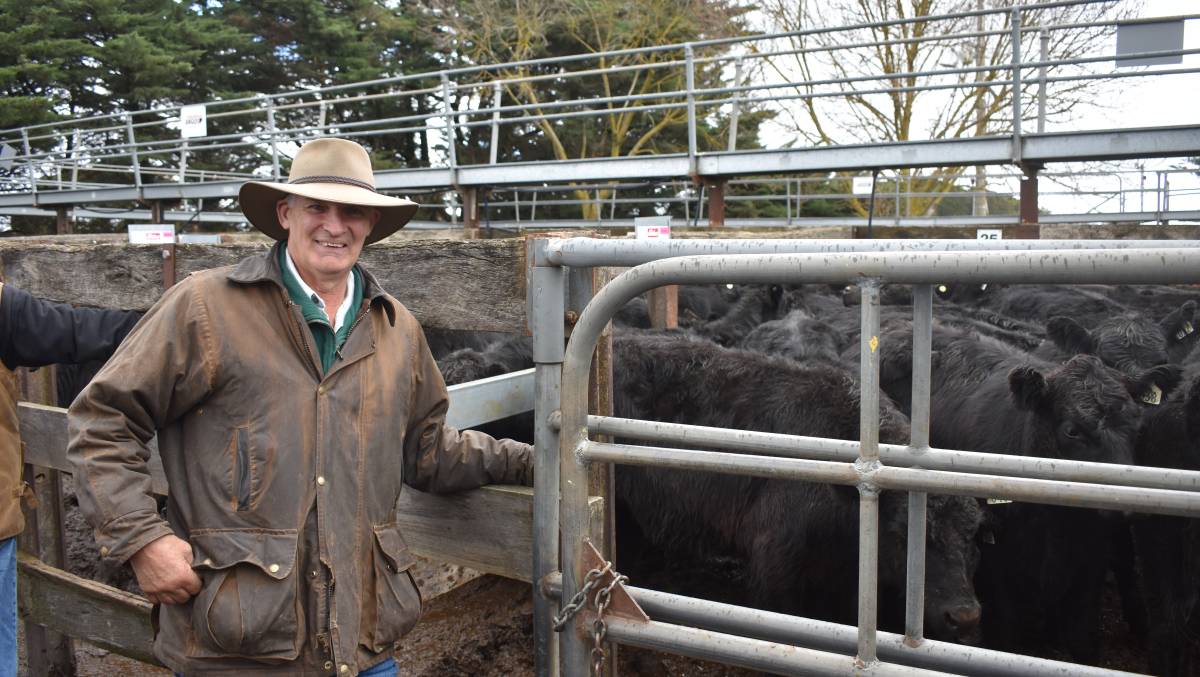 McGraths had a feature line of 80 PTIC Angus/Hereford-cross heifers from Anthony Battersby.

The top line went to a buyer from the north of Bendigo, with other pens going to the Camperdown area and staying locally.

Granite View sold 25 Angus heifers, rising two-year-old and PTIC to a Gairnsheil-blood roan Shorthorn bull, to calve in late spring, for between $2220-$2500.

They went to the Camperdown buyer.

"They are very there were a few wintery type cattle in it and the lead drafts of all the cattle presented very, very well and sold accordingly.

"I thought it was up there with the other sales."

They went to Goulburn Valley Water.

Dean Coxon, Elders Kyneton, said it was equally strong as the May sale.

"We didn't have the lines of cattle we did last time but they certainly made up to the rates of last sale," Mr Coxon said.

"I would say backgrounders stepped in and bought a lot of the weaner cattle with a view that this feedlot job is going to hold up, well into the spring."

Although smaller lines were offered, the quality of the cattle was quite good.

"I put it down to a good spring, last year, but with cattle worth what they are, people are feeding them," he said

"Cattle are not sitting out in the paddocks, having to do it all themselves - people are feeding them, and doing a good job."