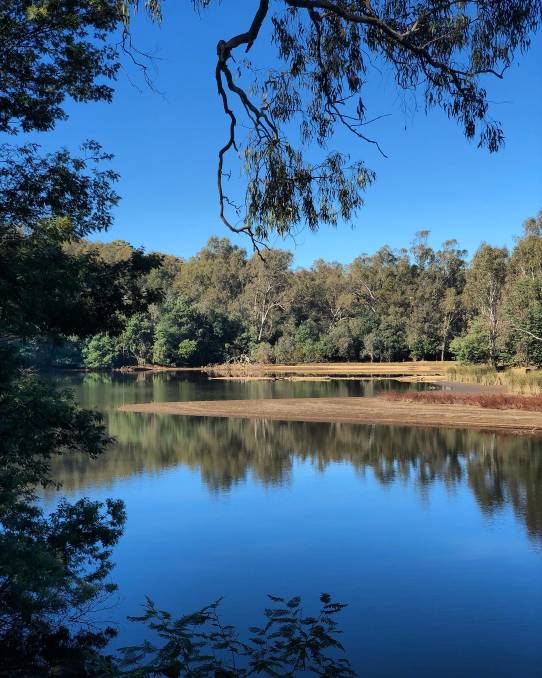 The Goulburn River at Seymour.

Victoria's peak fishing, boating, and environmental groups have joined together to call for limits on high irrigation flows down the Goulburn River.

VR Fish, Environment Victoria, Victorian National Parks Association and the Boating Industry Association of Victoria have asked the government to reject rules allowing an average monthly flow of 1100 megalitres a day over summer and autumn.

The Regulatory Impact Statement for the planned flows also proposes three additional short pulses of water between 3,000-6,000ML a day.

"In our view, this option perpetuates unacceptable impacts on the environment," the groups said.

"Providing for flows around 940ML a day over summer and autumn is our preferred option.

"With pulses of adequate timing and volume, a 940ML a day seasonal limit provides the best chance of preserving the cultural integrity of the river and the recreational and ecological values the community depends on."

The Department of Environment, Land, Water and Planning is proposing the changes to ensure water traded from the Goulburn to the Murray Rivers can be delivered without unacceptable impacts on the environment or the reliability of entitlements.

The recent drought in New South Wales resulted in extreme trade demand in 2017-18 and 2018-19 from Victorian tributaries, increasing pressure on Goulburn Inter-Valley Trade.

That resulted in record-high unseasonal summer flows in the lower Goulburn River.

The government moved to limit flows to 40GL a month over summer and, in August 2019, put further restrictions in place.

The groups say the existing trade rule has allowed environmental damage in summer months when downstream irrigation demand is highest.

In recent years large volumes of water have been pushed down the Goulburn from December to April to irrigate crops in the lower Murray.

In a letter to acting Water Minister Richard Wynne, the group drew his attention to recent research by the Arthur Rylah Institute, which found increasing summer flows to 1800ML a day was likely to decrease Murray Cod survival by more than a third.

During recent years, 2700ML a day, on average, was being pushed down the river.

Boating Industry Association of Victoria chief executive Steve Walker said his organisation supported a variable flow level that did not exceed an average of 940ML a day over summer and autumn.

"This will have the preferred outcomes in terms of fish habitat and stock levels, bank stability, and the flow on effect for fishing/boating related tourism and business," Mr Walker said.

Environment Victoria Healthy Rivers Campaigner Tyler Rotche said a key concern was a proposal for large 'pulses' of water during summer, an entirely new and untested component for managing the flow of the Goulburn River.

"We know from previous studies that summer pulses of 2000ML a day would remove vegetation on the lower banks, but one of the options on the table is pulses of up to 6000ML a day," Mr Rotche said.

"The Goulburn needs to be treated like a living river, not an irrigation channel."

"We need trade and operating rules that protect deliverability for irrigators while limiting damage to the Goulburn and Murray Rivers," Mr Wynne said.