While goatmeat production dipped in other states, Victoria recorded a modest uplift. 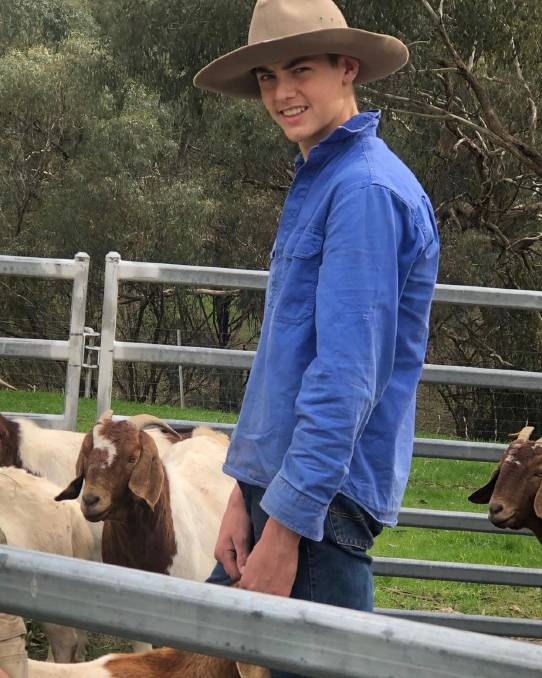 Australia's goatmeat production has plummeted as the national herd rebuilds following years of drought, but industry experts say they expect to see the trend reverse in the coming year.

According to recent ABS data published by Meat & Livestock Australia, there has been a declining level of goatmeat production since 2016.

The data places goatmeat production at 4,632 tonnes cwt for the March quarter, a 5 per cent lift from the 2020 March quarter, but 37pc below the 10-year quarter average.

The largest declines have been in NSW and Western Australia, with only 96 and 2 tonnes produced by each state respectively.

But Victoria has experienced a modest lift in production, and producers say there is growing demand for goat meat.

Mrs Irvine said Bradley started with just three Boer goats about four years ago and has since grown to a herd of 250, including 100 breeding nannies.

More people were willing to try goat meat and were also looking to support local suppliers, which was helping to drive demand, she said.

"Bradley is constantly getting calls to supply goats but at the moment he just doesn't have enough goats to supply what people want.

"He's just trying to hold onto them to breed up to probably 150 breeding nannies, and that's as large as we will go for the land we've got.

"He'll probably take on another one or two butchers to sell directly to."

She said the business still operated on a small scale, with some of the carcases processed at Wangaratta Abattoirs before being sent to Thornton Butchers and Deli.

"They process it all for me and then I sell it to the Corner Hotel in Alexandra, so the local hotel and the local eatery," she said.

"They take most of the diced meat, and then we've got friends and family that take the rest.

"We've just started taking goats down Warragul Abattoirs, and then they come back then to the Kitchen and Butcher in Healesville."

Goat farms themselves seemed to be on the rise too within the region, she said.

"When we first started there was one other but now there's probably five or six of us all up," she said.

"Bradley's the main one and then everyone comes to him to use billies."

Attitudes around goats were also changing and people seemed more willing to give them a go, she said.

Goat Industry Council of Australia president John Falkenhagen said the figures were reflective of the rebuild phase currently being experienced across livestock industries, with the goat sector no exception.

"You can see that from the sales from property to property," he said.

"People are retaining stock and building up herd numbers so hopefully in the next 12 to 18 months we'll see those numbers start to climb and stabilise into the future."

"There's a lot of interest, a lot of people coming into the game so they've got to start selling them at some point," he said.

"I think we've got a bit of a double whammy where we're building herd numbers up but we've also got newcomers as well who are taking does and retaining them."

Mr Falkenhagen said the state trends highlighted the role that rangeland goats played within the industry.

"Rangeland make up 88pc of the total goatmeat market and the back of NSW is one of the places that got hardest hit with the drought and the rangeland isn't a managed system, it's moving that way and maturing into it which hopefully will stabilise as well," he said.

The biggest herd growth was happening in Queensland, he said.