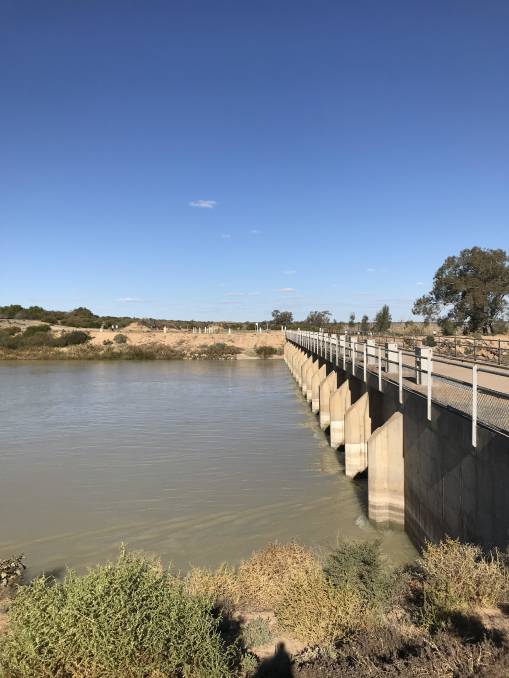 RELEASES END: The amount of water from the Menindee Lakes has been reduced to 500 megalitres per day, marking the end of a Muray-Darling Basin Authority water order.

The amount of water released into the Lower Darling River from the Menindee Lakes has been reduced to 500 megalitres per day, marking the end of the water order made by the Murray-Darling Basin Authority.

MDBA River Management executive director Andrew Reynolds, said over the past four weeks close to 60 gigalitres of water from the Menindee Lakes had been called to support the River Murray system, in response to drier than anticipated conditions across the southern Basin.

"We've worked closely with the local community, First Nations groups and local landholders in the lead up to and during the release of this water and modified the flow rate to maximise the environmental benefits as best we can for the Darling downstream of Menindee," Mr Reynolds said.

"We will continue to consult in partnership with WaterNSW, to ensure we take on board feedback about how we draw on water from the lakes to ensure it benefits the local community as well as water users in the downstream states."

Planning is underway to identify when the MDBA may need to resume drawing water from the lakes as part of the Annual Operating Outlook.

This will depend on rainfall and flows in the Darling, Murray System, Murrumbidgee and Goulburn rivers.

The MDBA will continue to evaluate conditions as they unfold.

"Inflows to the Menindee Lakes from the northern floods back in March have already exceeded expectations," Mr Reynolds said.

"Right now, in mid-June, the lakes are at 62 per centcapacity and holding about 1080 gigalitres, or more than twice Sydney Harbour."

In accordance with the Murray-Darling Basin Agreement, the MDBA accesses water from the Menindee Lakes for use in the River Murray system on behalf of Basin states, once the volume of water in the lakes rises above 640 gigalitres and until it falls below 480 gigalitres.

Water in the Menindee Lakes is managed by WaterNSW to maximise water security for the future needs of local communities, NSW industries and the environment.

"As inflows continue to enter the lakes from the Darling River, the two upper lakes, Lake Wetherell and Lake Pamamaroo, are planned to be full at the end of the inflow event," Mr Reynolds said.

"This has been the most significant inflow to the lakes in five years, connecting the north and south with healthy flows, so it's vital this water is managed carefully."

For more information about the Menindee Lakes visit: www.mdba.gov.au/river-information/running-river-murray/menindee-lakes.