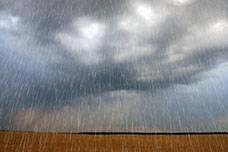 LIQUID GOLD: Some parts of Victoria could receive between 50-100mm of rain over the next few days.

A low pressure system crossing Victoria on Wednesday morning, combined with another low developing off the New South Wales south coast, is forecast to bring damaging winds for parts of the state and heavy rainfall over West Gippsland.

Most of the state's south-east is tipped to receive more the 50mm in the coming days; more than 100mm is likely for an area centred on Mt Baw Baw.

The cold temperatures, rain, showers and strong southerly winds triggered a Warning to Sheep Graziers for most of the state.

However, there is little rain in the forecast for state's west (away from the coast).

Rainfall deficiencies are growing across north-west Victoria, where they still haven't had an autumn break. February to May 2021 ranks as the driest February to May on record for parts of the Mallee.

Winter (June to August) rainfall is likely to be above average for much of northern, central, and eastern Australia, with the wetter signal extending into Victoria's north.

There is no strong indication that above or below average rainfall is more likely for much of southern Victoria this winter.

The Indian Ocean Dipole (IOD) is currently neutral, but some climate models suggest a negative IOD may develop in winter or early spring.

Sea surface temperatures (SSTs) are currently above average around much of the Australian coastline, particularly in the west.

Forecasts suggest waters to the north of Australia and in the eastern Indian Ocean are likely to warm, which would typically enhance rainfall across Australia, even if there isn't a sustained negative IOD.

The El Nino-Southern Oscillation (ENSO) remains neutral and climate models show this neutral ENSO state is likely to continue until at least spring.

Root zone soil moisture is below average across western Victoria away from the coast, but above average across most of Gippsland and for an area west of Melbourne.

Water storage levels in the Murray-Darling Basin are 60.0pc full, as of June 8, up 19.3pc on the same time last year.

Storage levels in the South East Coast (Victoria) division are 35.9pc full, about the same level they were 12 months ago.