Tasmania has the opportunity to be the first carbon-neutral state in Australia. 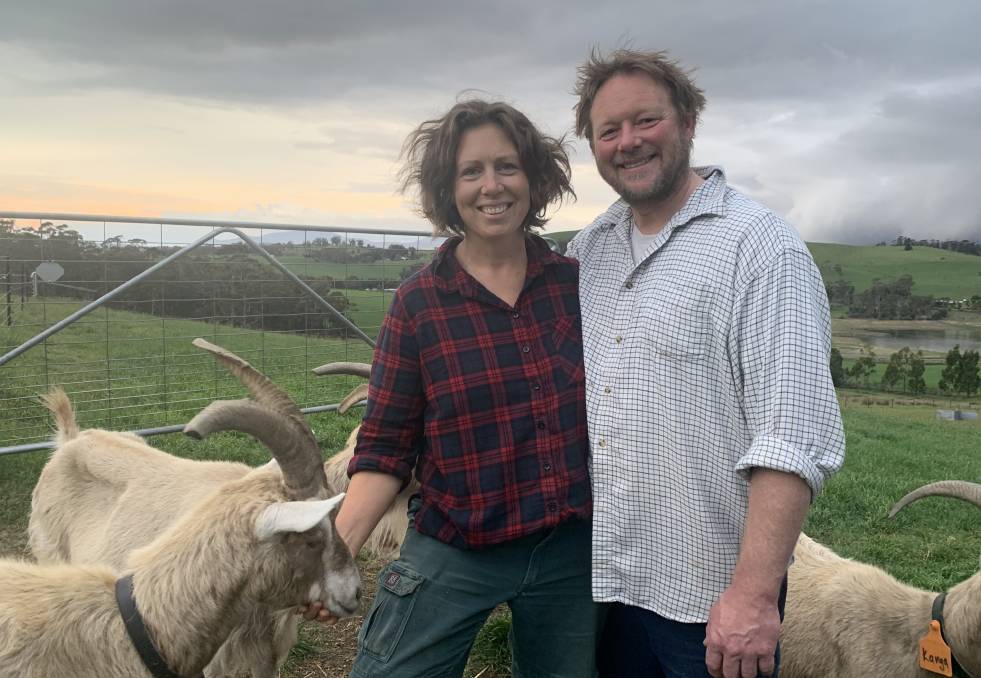 Tasmanian farmers could be at the forefront of making it the first carbon-neutral state in Australia, says one southern livestock producer.

"Agriculture has already reduced its carbon footprint, broadly, by 18 per cent over the last 10 years," Mr Field said.

"We haven't seen any reduction, only increases, from heavy industry, mining and the transport sector.

"But farming can actually do that by sequestering carbon."

The Fields calculated the carbon footprint of the farm using GHG Accounting Framework calculators developed by the University of Melbourne.

The figures were verified at the University of Tasmania.

"Tasmania has the opportunity to be the first carbon-neutral state in Australia, with all the produce coming out of it attracting a premium," Mr Field said.

"We are now seeing trade tariffs being proposed - or put in place in the EU, the UK or US - over emissions and Tasmania should be able to use that to its advantage.

"We just audit our carbon sequestration, get the numbers as to where we stand and simply use that to enhance Tasmania's brand as the clean, green place that it is."

Mr Field said many Tasmanian farmers were probably already close to, if not already, carbon neutral due to their land management practices and timber plantations.

"To remove carbon from the atmosphere and reduce our emissions we have used a number of farm management strategies, including incorporating a diverse pasture system, keeping 100 per cent pasture cover where possible, low inputs and medium stocking densities," Mr Field said.

They reduced the number of non-productive stock in their goat herd, by turning off and finishing animals earlier and in better condition, through a hybrid genetic program.

The Fields fenced areas to protect tree stands and created shelterbelts, while using solar PV and solar hot water for dairying and cheesemaking.

Mr Field said before farming, he had been involved in natural resource management research, animal management planning and teaching.

"For many, many years I was teaching about natural resource management and wildlife populations," he said.

"I had a lot of information in my head.

"But, to be honest, when I stood up in front of the class I felt a bit of a fraud."

He said he and Kate had always wanted to run a farm.

"We wanted to know more about food production and what better way than to actually do it," he said.

"We took a lot of those ecological ideas I had in my head, and put them into a farming practice."

He described their farming practices as "slightly left field.

"We don't want to be branded as organic, re-vegetative, or any of those sorts of things, we just use strong ecological principles and try to get nature to work with us, rather than battling it to have a certain farming enterprise."

The low-cost, low-input, style of farming had a medium level of productivity, and turned off a high-quality product.

That included no-till practices, to retain groundcover, of perennial and annual grasses and natives, reducing UV degradation of the soil and building up its organic content.

"By retaining that extra cover it's maintained soil moisture, so that's given extra growth when things are dry - profitability has actually increased," he said.

"These are all things other farmers are doing, I am not saying we are pioneers, we are not doing that much new, we have put a few ideas together."

The Fields were about to start a new pasture regime.

"I've bought an aerator seeder to enhance that further; we have a diverse mix of legumes, perennials, native grasses and what others would consider weeds," he said.

"We want to get some greater penetration from roots, so we are going to use some deeper legume and grass species."

Mr Field said the property experienced drought for three years, and he was concerned about the level of carbon sequestration which had occurred during that time.

"Carbon is very easy to put in the soil but it is also very easy to lose, through drying out and having it exposed to the atmosphere, or UV light, and evaporation rates.

"I look at the paddocks of my neighbours and the other farms in the district - a lot of them are slightly larger, but they don't farm that differently.

"They are still on the same soils, so there is such huge opportunity for both farmers in Tasmania and broader Australia to have a think about how they farm.

'They have soil tests, agronomists have been coming for years, let's look to see how we have been tracking with carbon, plug the numbers into the calculators and see where they stand."

"We sell our carbon credits direct, under the right protocols and regulations and measures and the government can help wit the auditing."