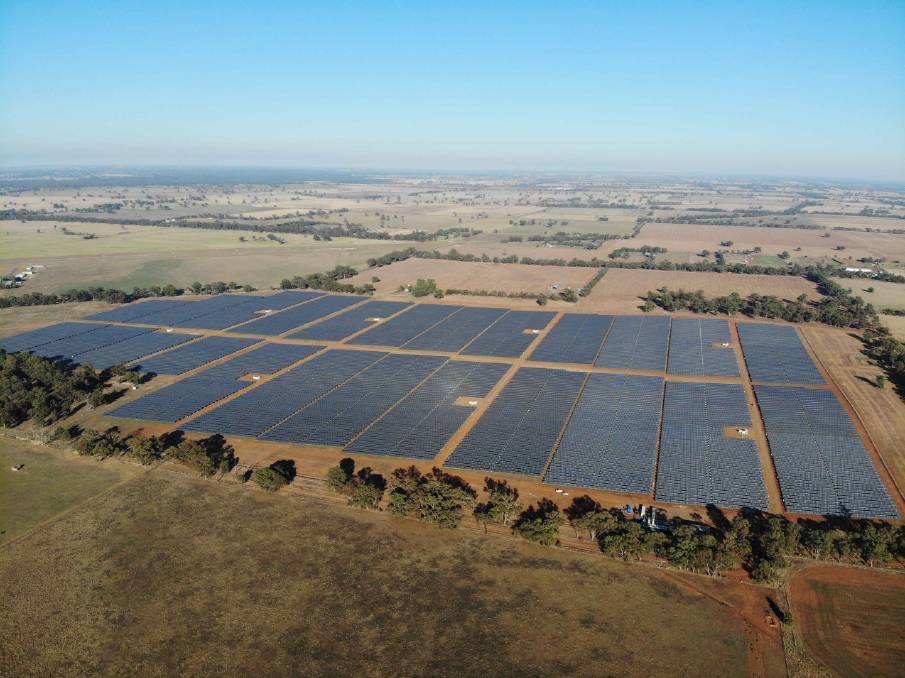 Coles and Woolworths say they are on track to switch to green power by 2025.

Australia's two big supermarkets Coles and Woolworths are plugging into renewable energy from solar and wind farms in southern NSW.

Both supermarket giants are aiming to switch to 100 per cent renewable energy by 2025.

The Metka solar farm near Corowa in the NSW Murray Valley, owned by Greek company Mytilineos, was part of a green power agreement announced by Coles in 2019 and has now become fully operational.

Neoen, one of the world's fastest-growing producers of renewable energy, is pushing ahead with its $373 million, 157-megawatt Kaban wind farm at Ravenshoe near Cairns.

Meanwhile, Woolworths has made its first renewable power purchase agreement with a new-build NSW wind farm to inject 195,000 megawatt hours of green electricity into the state's energy grid annually.

From January next year the agreement will cover about 30 per cent of the Woolworths Group's NSW energy needs with the electricity required to power 108 supermarkets.

A Woolworths' spokesman said the deal would cut 158,000 tonnes of carbon emissions each year.

Woolworths has partnered with CWP Renewables on a 10-year agreement to purchase power generated by the new Bango wind farm north of Yass.

Woolworths is transitioning to 100pc renewable electricity by 2025 and aims to be net carbon positive by 2050.

"Going beyond net carbon neutral, we've committed to take more carbon out of the atmosphere than we produce by 2050 and our first renewable power purchase is a key milestone in that pursuit," Woolworths Group director of format Rob McCartney said

"Supermarkets are particularly energy intensive to run and we want to use our scale for good by supporting the transition to renewable electricity."

The Bango project will pay annual rents to local landholders whose properties host wind turbines and CWP Renewables will establish a $14 million fund for community projects.

The story Supermarket giants on track to switch to green power first appeared on Farm Online.