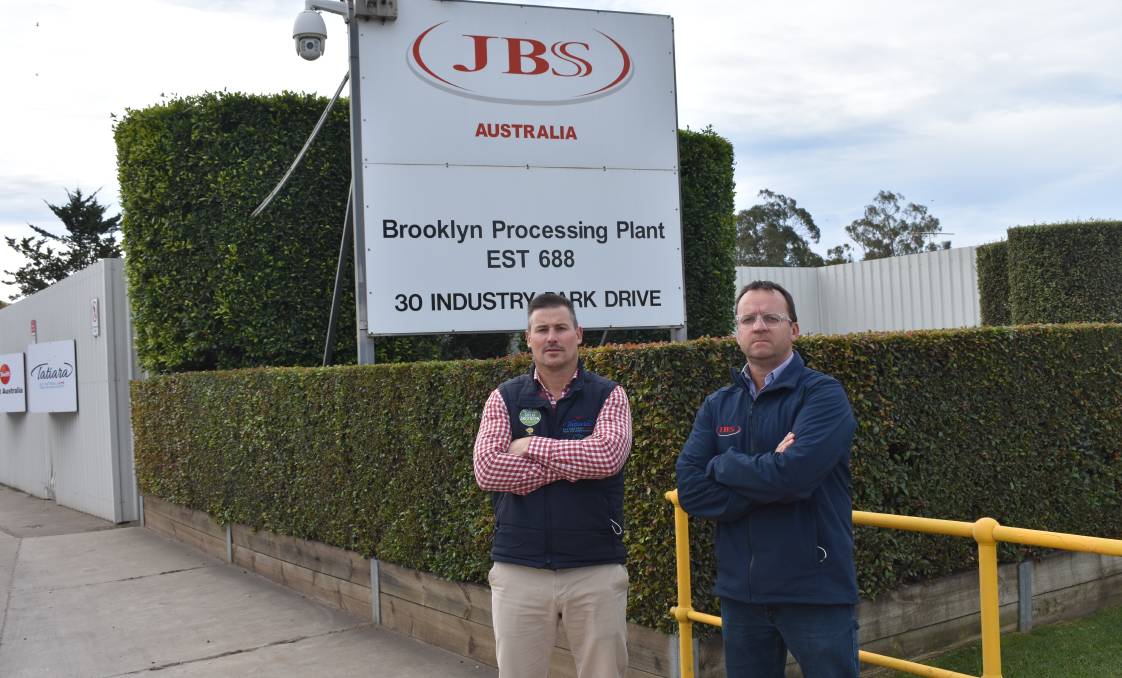 Analyst Simon Quilty on the costs of cyber attacks.

WITH JBS meat processing plants around the country getting back to business at the weekend after a vicious cyber attack, attention is turning to who could be next and what can be done to protect businesses.

United States media has reported the FBI was attributing the attack to REvil, a Russian-speaking gang that has made large ransomware demands in recent times.

All JBS plants in Australia, which analysts estimate supply between 25 and 30 per cent of the country's red meat plus significant export volumes, were shut down on Monday, with more than 10,000 workers affected. Livestock transport operators and producers were directed not to deliver stock.

The attack on the Brazilian-owned JBS SA, which came with a ransom demand, also affected plants in the US and Canada, but the company said it did not impact operations in Mexico or Britain.

The company said it had not spared any resources to fight the threat. It had cybersecurity plans in place to address these types of issues and was successfully executing those plans, a statement said.

VIctorian-based global meat analyst Simon Quilty has revealed this was not the first time a meat company had fallen prey to a cyber attack.

Last April, a New Zealand meat company had their information technology system shut down for 10 days as they put a backup system in place. The attack disrupted supply for a week and a ransom was demanded but not paid.

Mr Quilty said COVID management strategies were in place at the time, with abattoir production slowed, and that helped the company involved manage its way through problem. It also meant the incident was able to fly under the radar of global media.

While the US fuel company involved in a similar attack last month is reported to have paid millions in ransom in bitcoin, cyber security experts believe it is unlikely JBS would pay a ransom given the involvement of the FBI, US government, the public attention on the attack and the fact it would set a precedent.

Mr Quilty pointed to data from anti-malware experts EMSIsoft which indicates the cost of cyber attacks and ransomware last year was $51 billion across ten key countries where attacks had occurred: the US, France, Spain, Italy, Germany, Canada, the UK, Australian, Austria and New Zealand.

That figure takes in the downturn and ransoms paid. In Australia alone, it was $2.6b across numerous industries.

"An interesting aspect to the occurrence in New Zealand was the fact the virus had been dormant for 18 months," Mr Quilty said.

"Experts say the standard is a virus lays dormant for seven months.

Mr Quilty said every business in the red meat supply chain was vulnerable, from producers to big exporters.

"What the experts are saying is required is a parallel backup system that is protected from any virus," he said.

"No doubt when margins are thin in meat processing, one of first things that suffers is cyber security as companies minimise costs."

Mr Quilty also made the point the industry, along with all others in Australia, is probably at its most vulnerable given the massive increase in staff working from home as a result of the pandemic.

He said the fact JBS was up and running so quickly was an indication the company had good cybersecurity.

His research into ransomware in the wake of the event has shown most experts argue there needs to be an international standard for cyber security.

"They also say there needs to be mandatory reporting of cyber attacks. A lot of companies don't report them because they don't want their customers to know, for various reasons," Mr Quilty said.

"And there also needs to be heavy penalties for hackers, which must be applied across countries and different legal jurisdictions.

"Cyber security experts say these are cornerstone things that need to be done."

Mr Quilty also made the point that in the eyes of financial markets, JBS was likely regarded to have handled the problem well. JBS share values in the past week have lifted 1.5pc.

The story JBS not the first meat processor hit by hackers first appeared on Farm Online.