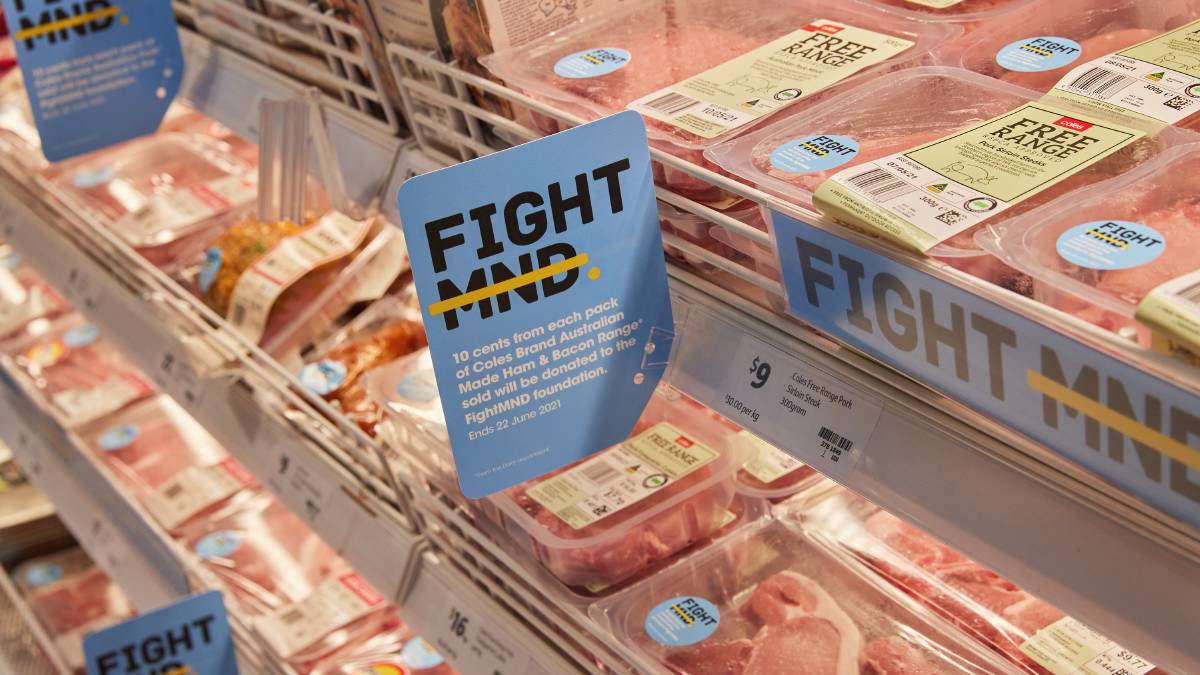 GOOD CAUSE: Funds will be raised through the pork campaign for FightMND.

A reason to get pork on your plate in June.

A collaboration between Aussie pork producers and Coles means getting some pork on your fork can help to find effective treatments for Motor Neurone Disease.

Not only are Aussie pork farmers reaching into their pockets, but until 22 June, the supermarket chain will donate 10 cents from the sale of each pack of Coles Brand Australian pork product at every supermarket to raise further funds.

FightMND is Australia's largest independent organisation funding research towards finding effective treatment and ultimately a cure for MND - a disease which gradually takes away a person's use of their arms and legs as well as their ability to eat, swallow, speak and breathe.

On average, two to three Australians are diagnosed and just as many lose their fight to the disease every day.

The supermarket will also double donations on its Australian free range pork products for two weeks between June 2 and June 22.

"For the past four years, Coles' Aussie pork farmers have been valuable members of the FightMND Army," Ms Daniher said.

"Important partnerships like these allow us to make significant investments into MND research and continue to build awareness of MND within the community."

"People and communities are at the heart of what the Australian pork industry stands for," Ms Andrae said.

"We hope Aussies will support the commitment made by our producers by getting some fresh pork on their forks ... during this campaign.

Coles Group chief executive of commercial and express Greg Davis said supermarkets and Express stores would support FightMND in more ways than ever this year.

"Coles is proud to join the FightMND army once again and we are thrilled that the Big Freeze is back in a big way this year after being impacted last year by COVID-19," Mr Davis said.