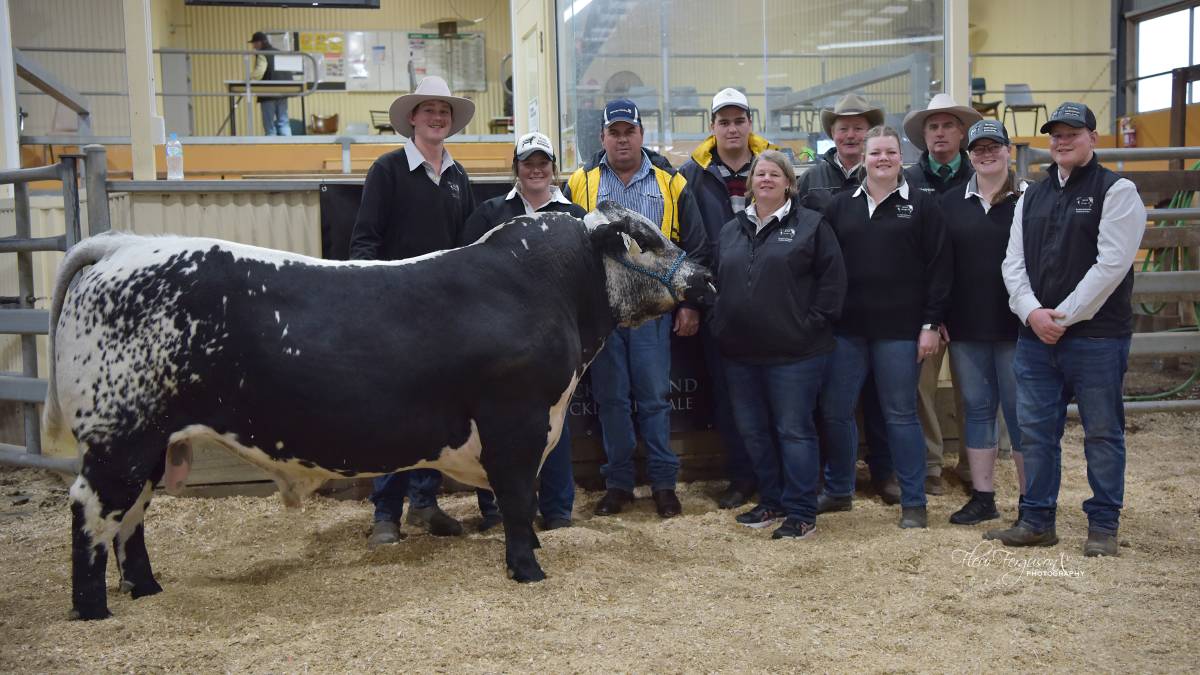 The top-priced bull, Lot 4, was bought for $12,000 by Queensland-based Jamie Crawford, Glenvillan Pastoral, who purchased an additional six bulls.

"He feeds for a Coles job and he was after bulls that were a little bit more moderate and had some real thickness to them," he said.

Mr Van der Drift said the stud had been operating since 2014 and had a mix of genetics.

"Most of these bulls in the sale were embryos - we've been doing quite an extensive embryo program," he said.

"Next year we look to have genetics out of our own cows that we own in Canada in partnership.

"This year's sale was a lot of mainly Australian embryos and some good natural calves off our calves at home."

He said other buyers travelled from around Victoria for the bulls, while a lot of the females offered in the sale went to online buyers.

Mr Van der Drift said the results of the sale were "okay" but he planned to review it and aim for stronger prices next year.

The stud was now gearing up for show season and hoped that would create more interest in its stock.

"The sale was alright but it was no world beater - we did think it might have gone a bit better based on previous other Speckle sales," he said.

"It was a good start for sure, our females sold to very strong competition so we were quite happy with how the females went.

"One thing that we learnt out of the sale was probably the preparation of the bulls - we thought they all looked good but maybe other people didn't think that.

"There's a little bit to be learned out of the sale."

He said it was beginning to get particularly dry with barely any rain all year.

"We're pretty desperate to get a bit of rain up this way," he said.

"I thought the bulls were very buyable for the commercial operations," Mr Godbolt said.

"The buyers came from South Australia, right up to Queensland."

He said the breed had been performing well of late and growing in popularity as a result.