Mawarra If Only Q264 from Mawarra Genetics, Longford, Victoria, has broken the record for the highest priced bull sold at the Hereford National Show and Sale at Wodonga, purchased for $103,000 on Wednesday.

The sale portion of this year's National was run as a helmsman auction via AuctionsPlus so the crowd was left guessing who the big spender was until David Lyons of Melville Park, Vasey, Victoria was revealed as the winning bidder.

Mr Lyons, a first-time Mawarra purchaser, said he bought the bull for his beautiful skin, softness, length of body and excellent carcase data.

"He had an excellent IMF, that's what we've sort of been trying to concentrate on, but you need to get a bull to go with it, that's not easy," Mr Lyons said.

"He should have a big impact on the stud."

Mr Lyons said his wife Olwyn was watching the auction at home with their worker Nathan Roberts and 30 seconds before the sale finished they rang and asked if it was him with the top bid. 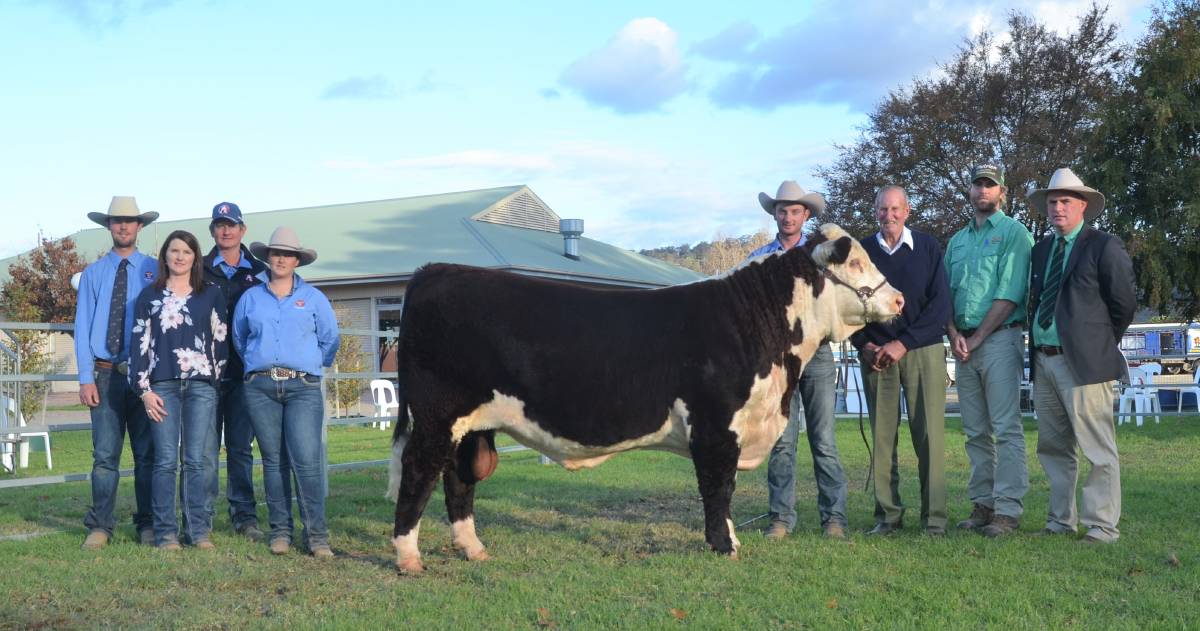 The bull was one of eight the Sykes family sold for an average of $38,125.

The stud also had the second highest priced bull, Mawarra Terminator Q274, who was sashed reserve intermediate champion bull at the show, and sold for $53,000 to a syndicate which included South Australian studs Morganvale Beef, Willalooka and OakDowns Poll Herefords, Bordertown, as well as New Zealand stud Stoneburn Herefords, Palmerston.

A third bull from the Longford stud, Mawarra Influential Q162, sold for $42,000 to Graham Herefords, Cootamundra.

There was a large crowd watching the auction at Wodonga and around the country.

AuctionsPlus reported that 690 people watched the sale in total, with 93 bidders and 51 unique buyers.

The sale was settled by Elders. 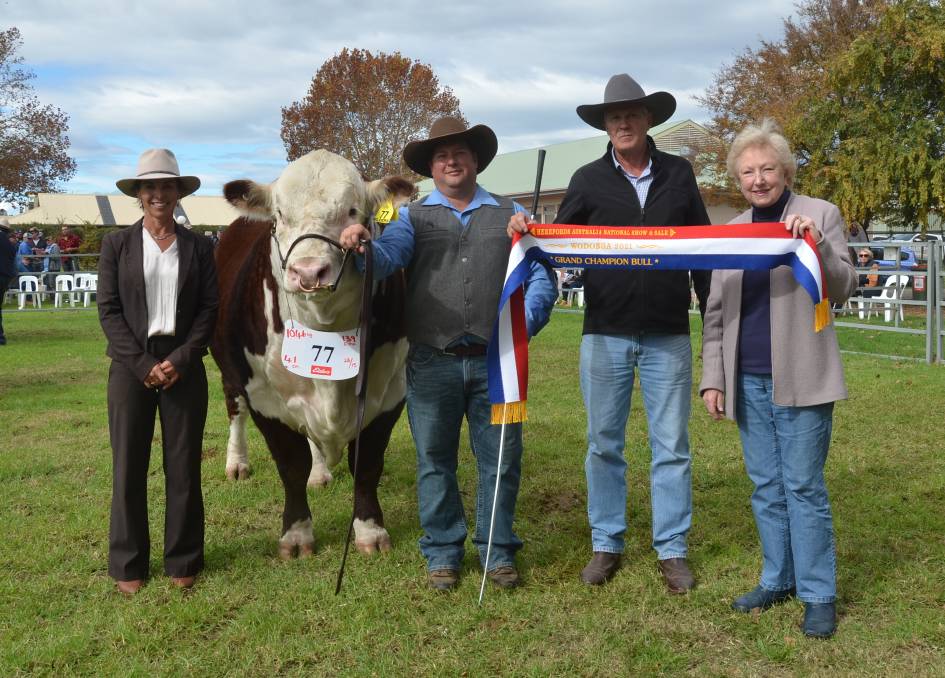 It was the intermediate champion bull from Kymarney Herefords, Uranquinty who came out on top in the 56th Hereford National Show - named grand champion bull by judge Erica Halliday, Ben Nevis Angus, Walcha.

"He's so beautifully structured and yet he's much deeper than your average animal and so much thicker and softer," Ms Halliday said.

"Add to that he has that beautiful head and sire appeal, with a breed-leading set of EBVs."

Unbeknownst to Ms Halliday the bull she picked as the junior champion, Kymarney Maverick Q029, was the grand champion's full brother - both bulls sired by Tobruk Maverick and out of Kymarney Regal K006.

Kymarney principal Scott Lewington said the grand champion and junior champion were an ET calves out of Kymarney Regal K006, who was by American sire CL 1 Domino 9121W.

"The cow bred four bulls to Wodonga last year, which averaged really well, and she's done it again for us," Mr Lewington said.

The senior champion bull was Kaludah Lotto Q261 from Kaludah Herefords, Rock Flat. He sold for $16,000 in the sale. 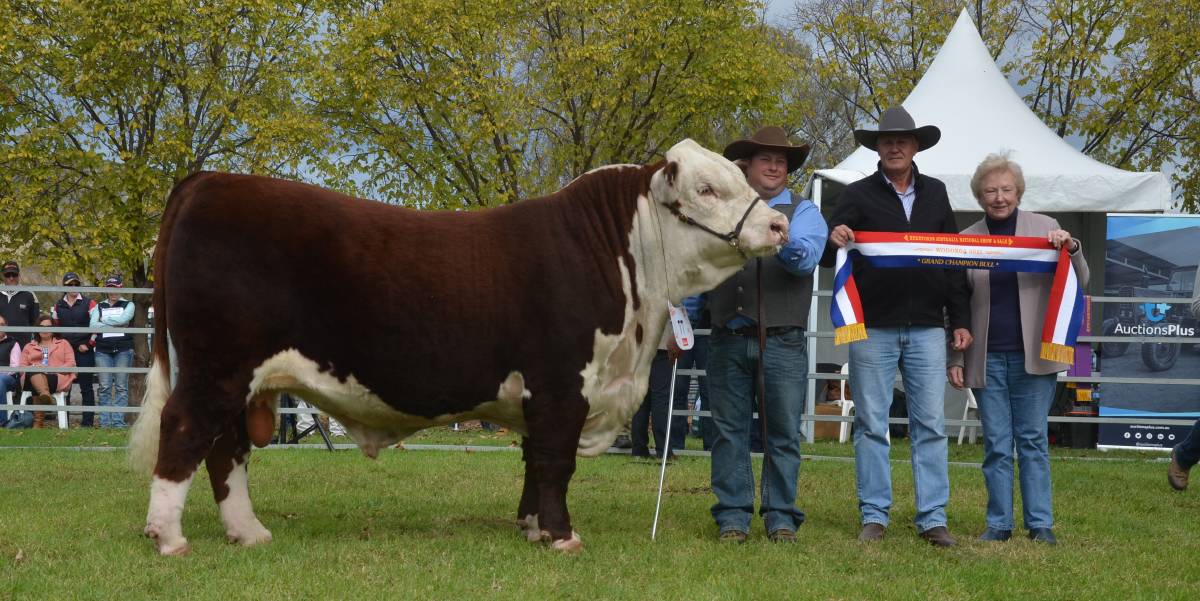 The story Mawarra bull sold for $103,000 at Hereford National first appeared on The Land.