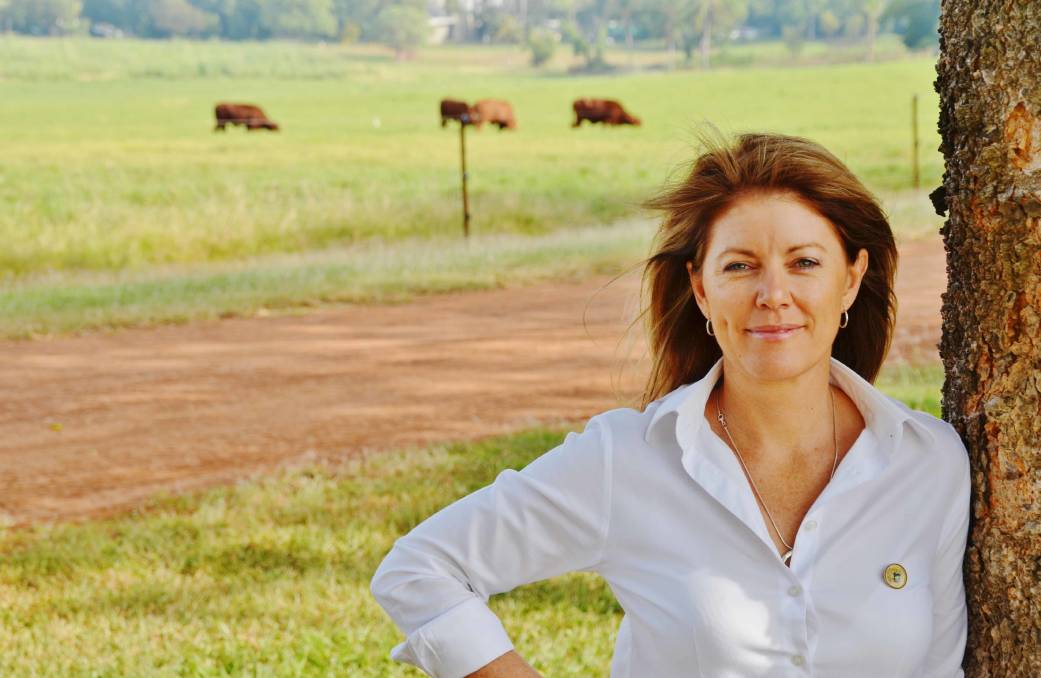 IF there is piece of advice Tracey Hayes believes has the power to guarantee a prosperous future for every sector of Australia's beef industry, it's the idea of never shying from a challenge.

Don't turn a blind eye to what's difficult, regardless of how insurmountable it may appear. Instead focus on precisely that.

These were the words from Ms Hayes after she was named the 2021 Queensland Country Life Beef Achiever at Beef Australia in Rockhampton last week.

Ms Hayes is an agribusiness executive with a beef production background and a down-to-earth persona that has made her one of the most liked, and respected, identities in the cattle game.

She was the driving force behind the monumental Federal Court case in which cattle producers took on the decision by the 2011 Labor Government to ban live exports to Indonesia.

The Court's finding that the decision was illegal has seen the lead litigants compensated to the tune of $3m and paved the way for substantial compensation, expected to be in the vicinity of $600m, in claims from hundreds more graziers and beef industry businesses.

Enormous tribute was paid to Ms Hayes' dedication in the aftermath of the ruling, with industry leaders saying her dynamic, unifying and committed work would serve producers for years to come.

It was this work which earned her the prestigious Achiever award, although she was adamant many, many more people played a role in meeting that challenge head on.

Ms Hayes was the chief executive officer of the Northern Territory Cattlemen's Association when she began work on the court case but continued on with it long after that role finished.

She simply believed it was a job that had to be done.

Today, she sits on the board of the National Recovery and Resilience Agency, the Australia Indonesia Institute and is managing director of a family equipment hire business.

She says corporate agriculture will be her focus going forward.

The live export sector, from a producer's perspective, was today in a very strong position and had been very healthy in terms of returns, she said.

"For exporters, the times are challenging and it's difficult for their bottom line and the same can be said for processors," she said.

"The important thing is live-ex has made such significant gains, not just in animal welfare but far wider.

"We've heard a lot about sustainable and transparent business practice at Beef and that is the key to our future - working with integrity and never taking our eye off continuous improvement."

Current CEO of the NTCA Will Evans said Ms Hayes' contribution to the court case outcome was immeasurable and one of the many reasons she was a Life Member of the NTCA.

"The class action was meant to be unwinnable. The result of the case is a watershed moment in the history of Australian agriculture and simply wouldn't have been possible without Tracey," he said.

"The recognition of both Tracey and (Rabobank Young Ambassador) Ryan Olive at Beef 2021 speaks to the role producers can play in the live export supply chain and the immense value they bring with them in doing so.

"In Northern Australia, we need markets, we need options and we need dedicated people making sure that these remain open and accessible to all producers. This (award) recognition is a testament to the strength and resilience of the northern cattle production sector."