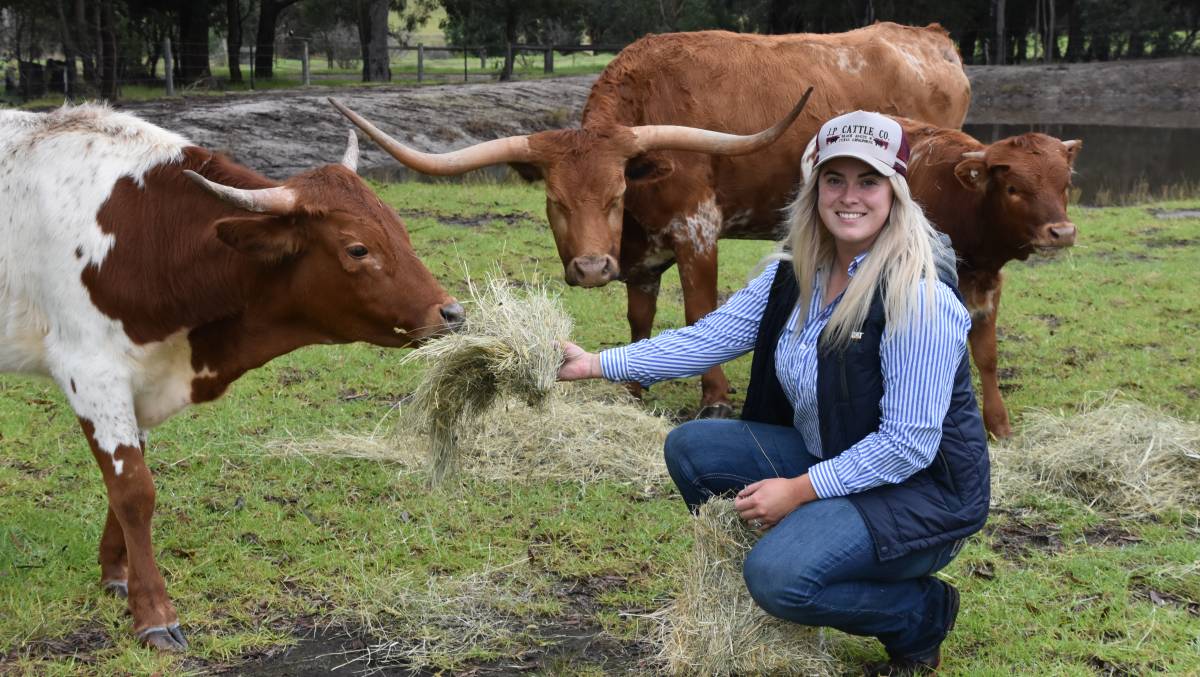 The Toongabbie stud principal has big dreams of one day running an entire herd of the wide-horned animals, and says the breed offers many benefits.

The docile nature of the US breed is on top of the list of benefits at the JP Cattle Co stud in Gippsland. 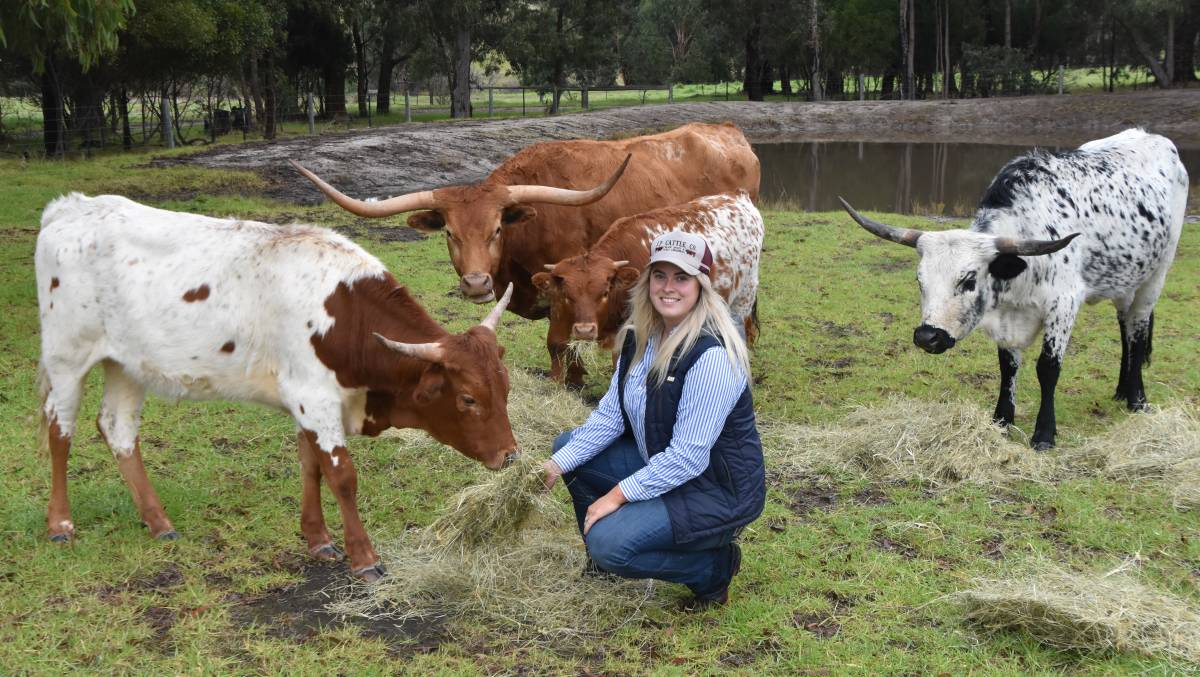 Juggling the stud and full-time jobs is no easy feat, but the couple say the have no regrets moving to the bush from Melbourne three years ago.

"Moving out here was a lifestyle decision and I had horses I was agisting so I wanted some land," she said.

"As for the Longhorns, I thought they looked cool and they are addictive."

Alongside their Texas Longhorn herd are a handful of Angus breeders which are agisted on a nearby farm.

"Our herd has been a slow build up and Longhorns are still relatively rare, especially in the southern states," she said.

"You really have to reach out to studs and inquire and usually you get lucky getting one or two for sale."

Mrs Perry said another common misconception about the breed is their agility and ability to be transported or assessed similar to other polled breeds.

"It's something you have to be mindful of because their horns can get anywhere from 60 inches from tip-to-tip and in America they are even longer," she said.

As one of only a handful of registered Texas Longhorn breeders in Victoria, she said the breed's association had been a great resource for information and handy tips.

High cattle and land prices have temporarily "thrown a spanner in the works" for the stud's expansion and instead, the couple has chosen to AI their breeders.