Agents said quality was mixed at the store sale. 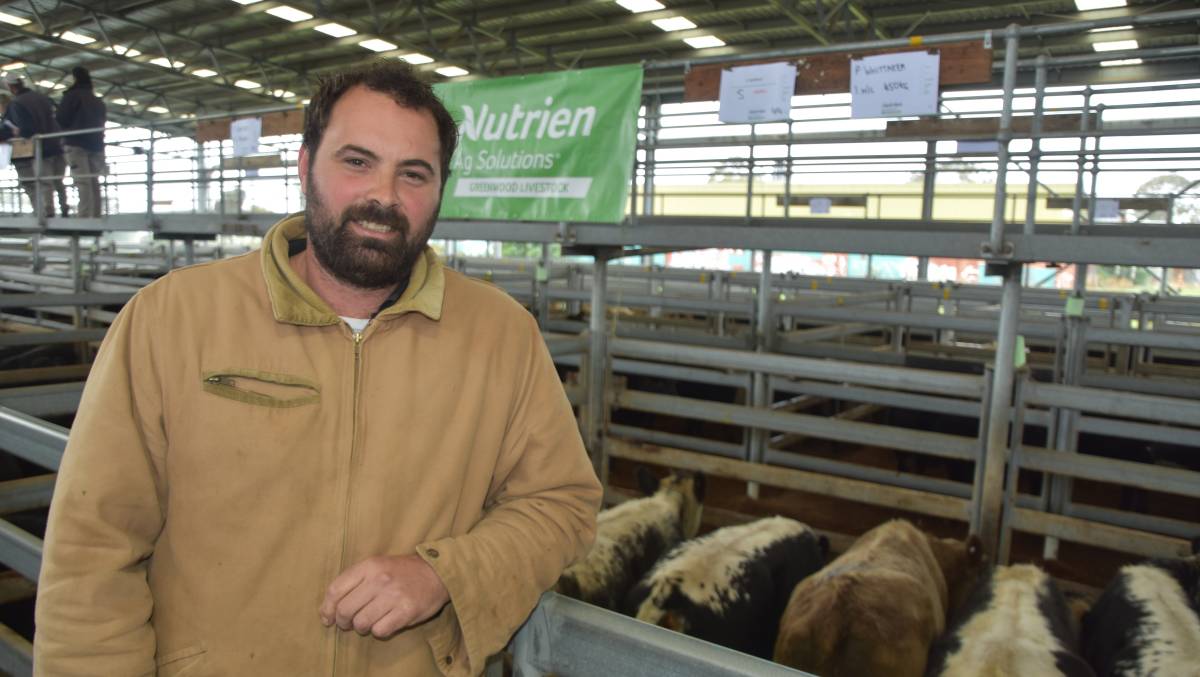 Agents yarded about 500 cattle in a market agents described as mixed in quality and prices.

Small weaner calves sold to a top of 582 cents a kilogram, while heavy crossbred cattle sold above $2000 a head.

Local restocking demand about the Sale area was bolstered by recent rainfall, while competition from a handful of South Gippsland buyers and a feedlot operator helped underpin the sale, agents said.

One South Gippsland agency bought about 50 steers during the hour-long auction.

"We had small numbers and cattle are starting to get hard to find on the store job with the season," Mr Greenwood said.

"We had a good start to autumn and vendors are electing to lockdown for the winter and see what the spring brings.

"There were a fair few pens that weren't weaned and probably would normally be held until the spring but the money at the moment is flushing those sorts of cattle out."

"It was a mixed yarding but we had some good runs of weaners that sold well, some crossbreds and heavier crossbreads probably sold easier, but overall the market was up and buoyant," Mr Ralph said.

"We had some good crossbred steers make over $2000 at 580 kilograms and then we had some young Angus weaner calves offered by the Johnson family which sold to $1650."

Mr Ralph said the recent rain, including showers that were falling during the market, were adding confidence to buyers' winter outlook.

"A bit of rain has helped the situation around the Sale district," Mr Ralph said.

"We were looking for rain a week ago and now we've got it so that should help us through until winter."

In the cows and calves section, B & A Howard sold five cows with calves at foot for $2225.