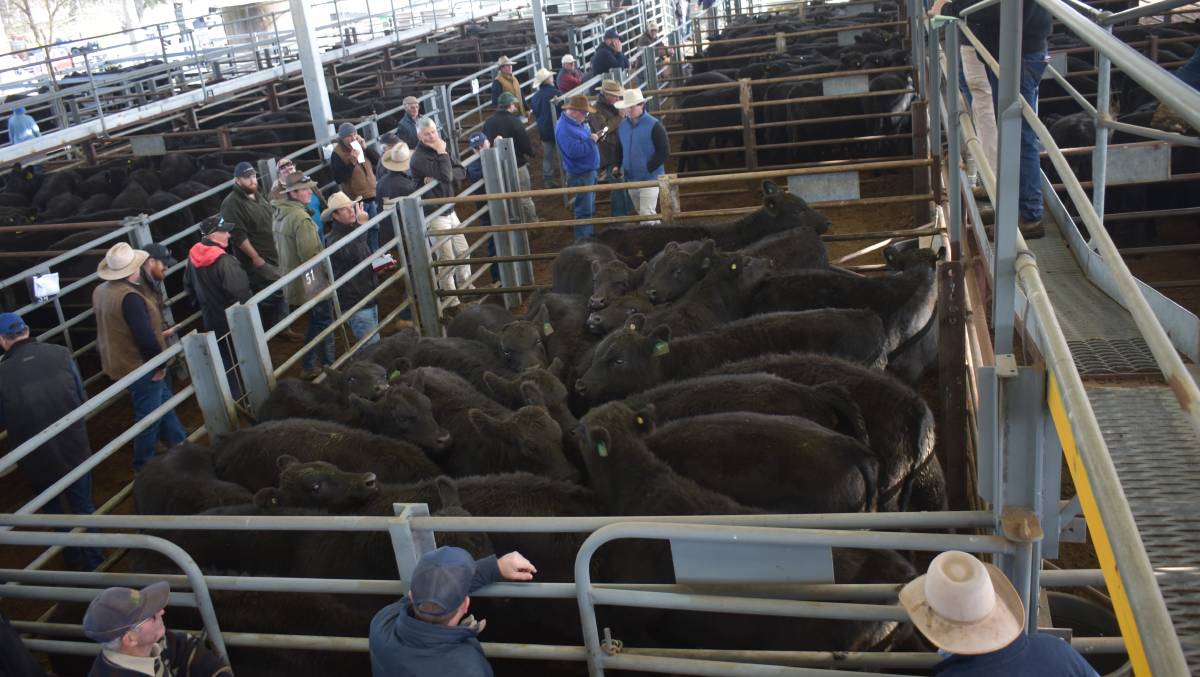 BUSY: The monthly store sale at Euroa remained strong, with commission buyers taking the bulk of the cattle. (File photo)

Commission buyers were very active at the Euroa store sale on Wednesday, with agents reporting the sale exceeded expectations.

About 1800 head were yarded, with Nutrien Euroa selling around 1100 head.

Nutrien Euroa livestock agent Brad Gleeson said it was an outstanding yarding with a lot of breeders' calves.

"We had a lot of spring drop calves there that normally are held on until our June sale, end of financial year sale," he said.

"It's a little bit dry in our area and obviously prices are holding on and so a lot of those cattle come forward."

Locals attended the sale but a large portion of the cattle went to northern commission buyers, including Duncan Brown, Andrew Lowe and Graeme Ward.

"Those three probably bought 75 per cent of the yarding between them," he said.

"Compared to our sale a month ago it might have been just a fraction cheaper but the calves had a lot more weight than they did a month ago.

"They were still making good money."

Feature lines included Moran Property Investments Group, which offered 106 head, including a pen of 21 steers, 331kg, which made $1795 a head or 542 cents a kilogram.

Joe Allen, Elders Euroa, said prices were expected to be lower than last month due to the dry conditions.

"Everyone's expectations were met and everyone was pretty happy," he said.

"I think it was a little bit cheaper and probably a better yarding than last month."

He expected a similar number of cattle to be offered at the feature sale at the beginning of June.

Mr Gleeson said heifer prices were stronger than a month ago, with hardly any selling below $1250 a head.

Most were bought to be fattened, he said.

"A lot of breeders have kept any heifers they were going to join so there was a lot of secondary runs of heifers, but still good quality," he said.

Mr Gleeson said it was a great result.

"Locals were there trying to buy but they were a bit cautious with winter just around the corner and it is dry in our area.

"The cattle, considering how dry it is, presented fantastic."