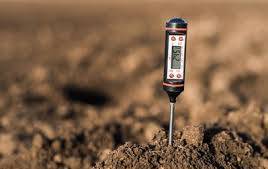 APRIL was drier than average for most of the state.

In fact there were large parts of northern Victoria among the driest 10pc of records for the month.

Mildura Airport did not record any rainfall for the month and most of the state's north had less than 20pc of its average April rainfall.

Rainfall is forecast across Victoria this week with the highest totals likely over East Gippsland, but less than 5mm is expected for much of the north-west.

Root zone soil moisture is very much below average for this time of year across the north-west.

Elsewhere, soil moisture is generally average to below average, except for parts of the south and West Gippsland where it is above average.

Water storage levels in the Murray-Darling Basin were 56.0pc full as of May 4, 19.6pc higher than the same time last year.

Victoria's rainfall since the start of this year (January-April) was close to average, mostly due to a much wetter than average January.

Victoria's year-to-date mean temperature was around 0.2°C below average, the coolest January-April period since 2004.

Falls Creek and Mount Hotham had their highest April temperature on record on April 2.

Cold fronts brought moderate to locally heavy falls to southern parts of the state on April 11 and to central and eastern Victoria on April 21.

A strong cold front on April 10 saw daytime temperatures more than 8°C below the April average at many sites, along with snow to elevated parts, powerful surf along the coast and damaging winds.

Rainfall was recorded across the south including the highest daily rainfall recorded in Victoria for the month - 59.0mm at Ferny Creek, which was the state's wettest place in April with 140.2mm overall.

More snow fell on the Victorian Alps in the wake of a vigorous cold front that crossed Victoria on April 20, bringing low temperatures, rain and gusty south-westerly winds.