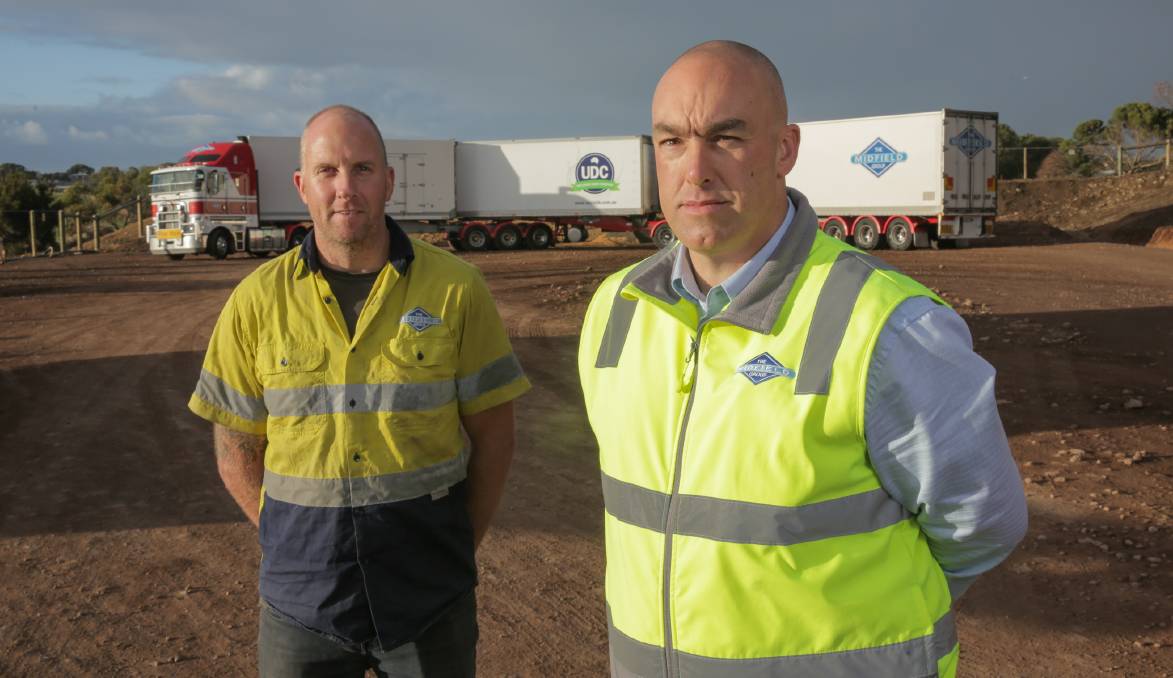 The combination offers the company a number of benefits.

A south-west Victorian meat processing company has upgraded its road fleet in an attempt to reduce its carbon footprint and increase efficiency.

Warrnambool-based The Midfield Group has introduced a series of 85-tonne B-triple road trains, which are set to eliminate close to 2000 B-double movements a year.

The Midfield Group general manager Dean McKenna said the introduction of the B-triples was ultimately driven to bolster the bottom line, but the efficiency of the B-triple combination was bringing enormous added benefits.

"We're right in the middle of town in Warrnambool and we need to reduce our footprint with the amount of trucks coming into the community," Mr McKenna said.

The B-triple is 34.2 metres long and runs between Midfield's Warrnambool plant to Truganina and the Melbourne Airport. 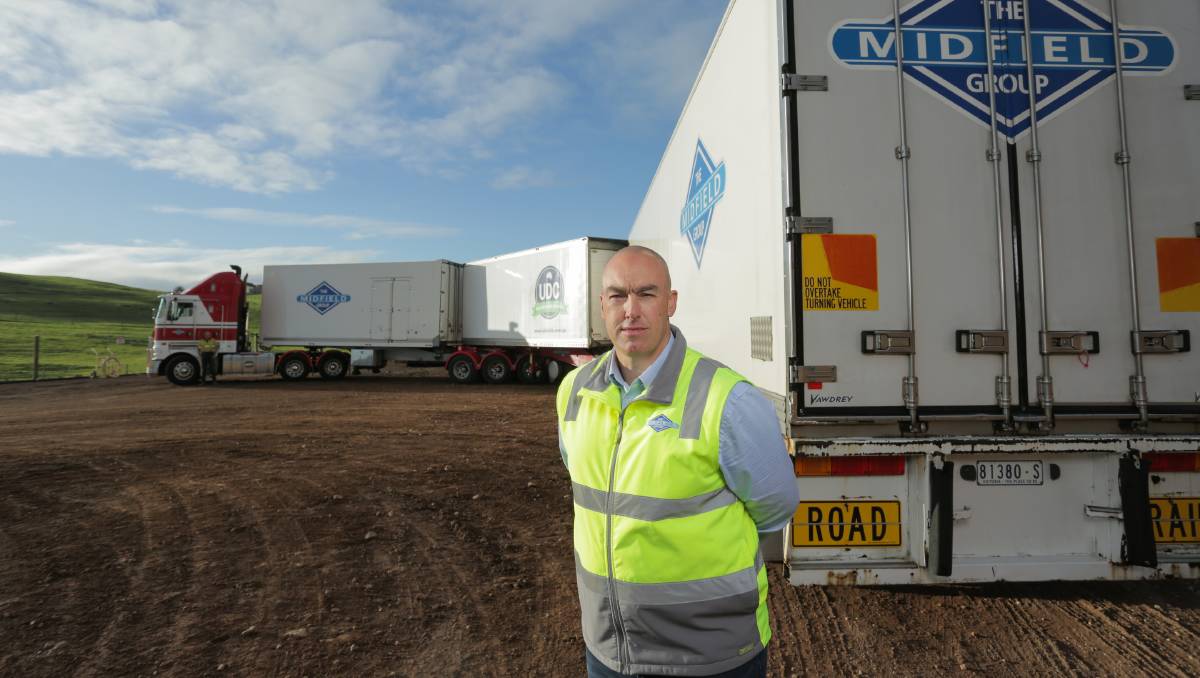 OPPORTUNITY: The company said there were many benefits for running the combination.

The prime mover is fitted with an intelligent access satellite tracking system program managed by VicRoads.

Mr McKenna said the vehicle was on a Performance Based Standards permit and was required to follow designated routes provided by the National Heavy Vehicle Regulator.

"This equates to taking 1870 B-double movements out of the community per annum."

"The benefit of the B-triple for Midfield is we are utilising existing equipment with no capital outlay and we are picking up better route efficiencies with the axle spreads and an extra two pallet spaces per trip," Mr McKenna said.

"Drivers are paid better, better fuel efficiency per tonne of freight and return on capital is better."

The Midfield Group said once all of its permits were in place, it would be running a fleet of 18 road trains including a combination of B-triples, A-doubles and B-doubles.

Mr McKenna said the use of the larger truck combinations was removing six B-double setups off the road each day.

"It reduces our carbon footprint and we have a huge push towards that from our recycling and green waste facility and it improves the drivers' satisfaction because we pay them more money," he said.

"We've also found once the B-triples are up and going, they don't use much more fuel so the savings are phenomenal."