The Australian beef industry is already tired of being told their message of sustainability is not being heard. 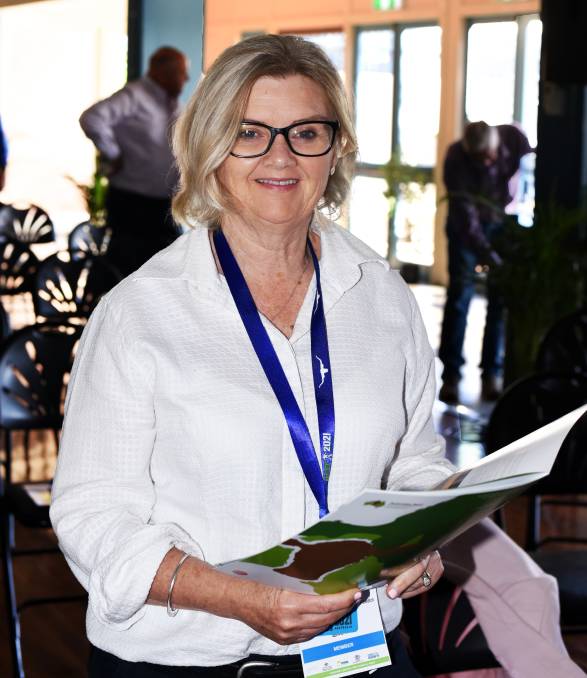 ALL THE FACTS: ABSF sustainability steering group chair Tess Herbert launched the fourth annual update to the report in Rockhampton.

The Australian beef industry is already tired of being told their message of sustainability is not being heard.

But they have been reassured when they finally make headway against the anti-meat lobby, they will have transparency and truth on their side.

Experts say all this data will be vital when the time is ripe to lay all the facts out before the public, the good, bad and the ugly.

These numbers are contained in the Australian Beef Sustainability Framework which the beef industry has been producing for four years.

Each four years, beef producers are asked to fill out an extensive survey which collectively provides a picture of the industry.

A boring job for most, and little understood by many, the framework gives the industry a solid footing to stake its environmental and animal welfare claims using the truth.

It is exactly the reason the sheep industry is following beef's lead, even though it has years to catch up.

The Trust in Wool campaign, launched back in March, is that industry's efforts to lay out at the real story of Australian production.

The Australian Sheep Sustainability Framework was launched in April to mirror the efforts already made in beef.

The framework is guided by a steering group which is chaired by Tess Herbert who said the industry was heading in the right direction.

"The past year has been like no other - travel restrictions, lockdowns, quarantine and global disruption have disrupted supply chains and important revenue pathways," Ms Herbert said.

"Despite the many challenges, responses to our producer sustainability survey increased four-fold demonstrating producers are more engaged with the process of promoting industry transparency and progress.

"We've also seen an increase in producer satisfaction, awareness of animal welfare standards and the use of regular pain relief for cattle."

The framework tracks the numbers in those areas often attacked by detractors, on the pain relief issue, use has risen from 21 per cent to 30 per cent in a year

Ms Herbert said the framework was able to provide a clear and transparent report card on where the industry is up to in the areas they care most about.

"Extensive consultation has been undertaken to optimise indicators and collect the data not only to track performance but identify new opportunities and priority areas for the industry," Mrs Herbert said.

Red Meat Advisory Council chair John McKillop said it marked five years since the council appointed the first Sustainability Steering Group in 2016 and since then many other industries have followed suit.

"As an industry, we should be proud of the progressive leadership that we collectively demonstrated more than half a decade ago to establish the framework.

"Australia's beef industry supply chain set the agenda well before most other industries had even started to consider similar reporting frameworks."

Key highlights from the framework: