Buyer competition has been erratic at physical markets. 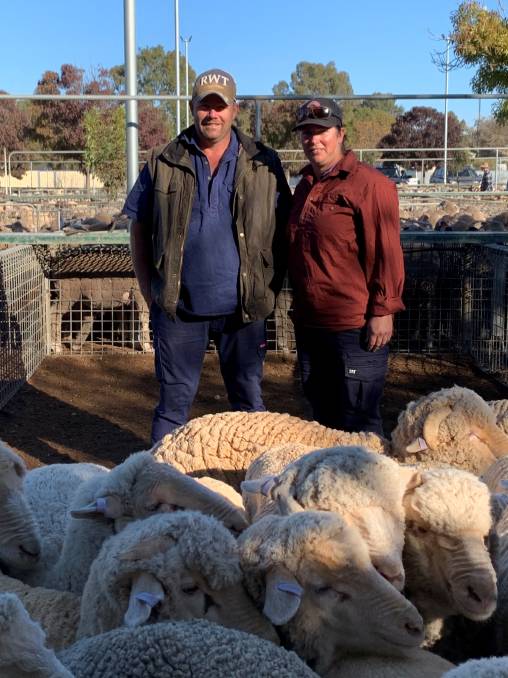 There were mixed signals from the lamb market late last week, with supermarkets and key export companies not as active at major selling centres.

Plainer-bred and conditioned types showed an easing trend, with a fair percentage absorbed by feedlotters.

Buyer participation was patchy, and prices dropped to a low of $225 before recovering slightly to record a top price of $285 to average 716c/kg cwt.

Sheep rates were steady to slightly dearer for the big Merino wethers weighing over 30kg cwt.

Lamb prices continued to soften in opening trade on Monday with the industry still experiencing some form of price correction.

Cuts have not been too drastic for trade lambs weighing 22-24kg, with the top runs commanding 790-813c/kg cwt.

At the close of selling on Monday the saleyard average for heavy lambs was listed at 773c/kg cwt and trade lambs at 797c/kg cwt.

There are reports coming in that processors now have more lamb around them, with over the hook or direct sales increasing from their recent levels.

Buyer competition has been somewhat erratic at physical markets, with not all processors buying or fully active from sale to sale.

This buying activity was evident at Bendigo, with some major companies not competing across trade and heavy lamb categories.

This reduced pressure on lead domestic lamb orders, and the result was a weaker price trend of $5-$15 across the bulk of the trade and heavy categories.

Underneath this weight range buyers peeled rates back $23 for lambs weighing 26-30kg to average $214.

The price quote out of Corowa, NSW, on the same day was similar.

The Ballarat lamb market on Tuesday softened $3-$6 for trade lambs to average 809c/kg.