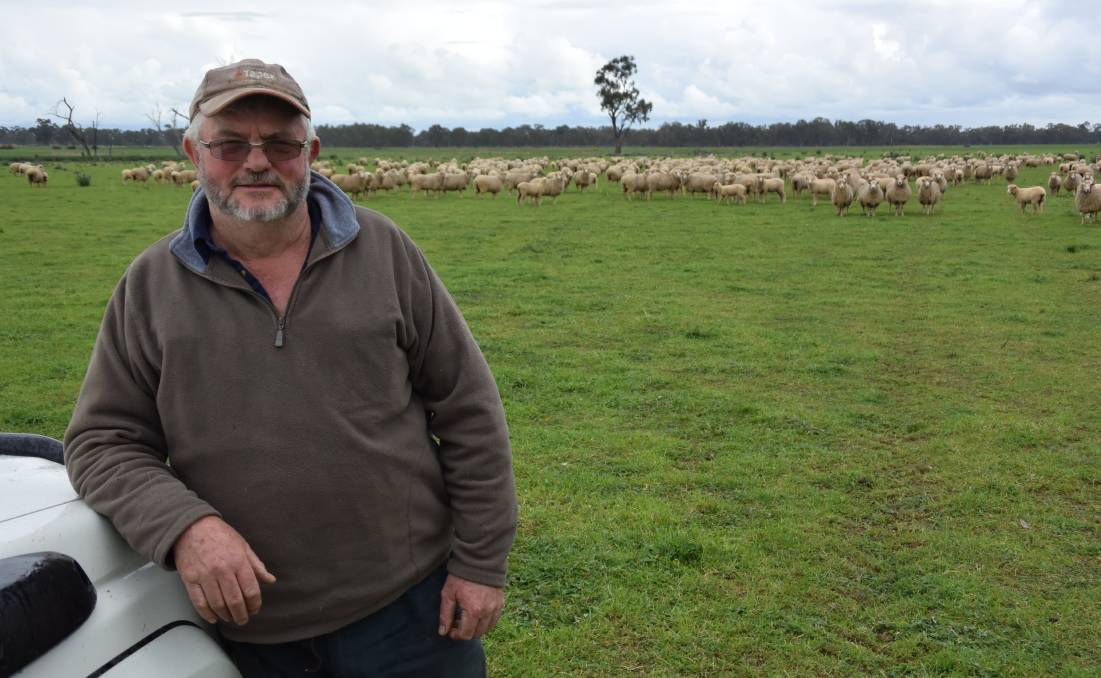 Irrigators in the Numurkah area fear hundreds of thousands of dollars of infrastructure upgrades are in jeopardy if proposed changes to water take on the Lower Broken Creek go ahead.

Picola dairy farmer Paul Lindsay says it appeared DELWP wanted to allow Broken Creek irrigators access to the Goulburn River for a limited time, from August 15 until the end of October.

"After that, we will have no access to any water, except through intervalley trades," Mr Lindsay said.

"We will be competing against zone seven (Sunraysia).

"There will be a lot of demand on that intervalley water when it does open, so it's going to make it pretty hard for us."

The Lower Broken Creek runs between Katamatite and the Murray River.

Although it receives some unregulated inflows from the upper catchment, its primary water source is from the Goulburn system through the East Goulburn Main Channel.

The proposed changes follow a state government decision, in December 2019, to place restrictions on tagged use from the Goulburn to the Murray.

Lower Broken Creek customers were given a temporary exemption, while longer-term options were explored and tested with the community.

A tagged water access entitlement is one registered in one zone but under which allocation can be extracted in a different place.

The 'different place' is 'tagged' on the register.

The tagging of a water access entitlement is a process for altering the location of water extraction.

Mr Lindsay said he, along with many other farmers in the area, had spent millions of dollars in improving their irrigation systems.

"That was on the basis they thought they had access to water, because of their delivery shares," he said.

He questioned why people, particularly young farmers, would want to buy property with Broken Creek licences.

"Why would you buy a property on the 6b, when you are so restricted?" he said.

He said his farms didn't use a lot of water, as they were faily efficient, but did need to buy it in.

"We would have to buy that water early in the season, we can't run with the market," he said.

Chris Bourke grows lucerne and produces prime lambs at Nathalia and said it appeared DELWP had done no risk management or scientific analysis on why trade rules needed to change.

"The Broken Creek is fed by both the Murray River system ( zone 6) and the Goulburn system, (1a) but it outfalls below the Barmah Choke, into the Murray," Mr Bourke said.

"But they appear to be lumping us in with Goulburn."

The Broken system was not a very big one, producing only 26 gigalitres a year.

"Most of the genuine farmers use temporary water to top up, what this is going to do is restrict our trade," he said.

The proposed change would put a brake on future development, as farmers seeking to use Spring season water, out of the Goulburn, wouldn't be able to trade after November 1.

Mr Bourke said he had installed two lateral and four pivot irrigators on his property.

"Most people develop their farm, on the understanding they have been able to use Goulburn water," Mr Bourke said.

"In the future we may not be able to do so.

"We used to be able to trade with zone six, zone 1a and up and down the river - now we are getting more and more restrictions.

"They are gradually strangling us and every change they introduce is making genuine farmers less viable."

Kaarimba dairy farmer Mark Bryant said he believed the proposal aimed to stop trades out of the Goulburn, which were purely speculative, rather than using water for productive use.

Authorities also needed to find ways of keeping the water supply up to Sunraysia.

"It's 100 percent working out ways as to how they can supply water to downstream irrigators," Mr Bryant said.

With flow restrictions on the Barmah Choke, and environmental damage being caused in the Goulburn River, there was still a need to get water to horticulturalists in zone seven.

"The Broken Creek is seen as a good option, but they need to put restrictions on irrigators ther for that to happen," he said.

"Apparently, there is one person on the Goulburn system that trades 87pc of his water into tagged accounts.

"They are trying to stop that - and I'm all for it - but if this person is using a loophole to profiteer, don't throw us under a bus when stopping that."

It appeared the buyer was purchasing Goulburn water into his tagged account and then trading it on as Zone 7 water to Sunraysia.

"There's a pretty simple solution if you have a tagged account, that's for irrigation use only - not for trade.

"That sorts it out, overnight."

Mr Bryant said he used 70pc of his water from February to May, and an August 1 start date meant nothing as the irrigation season didn't begin until the middle of the month.

"It's not going to help me at all, it puts me in a huge predicament," he said.

"It becomes a dryland farm, if they only have access to Goulburn water, for three months of the year."

A DELWP spokesman said it was still consulting with the community on managing trade between the Goulburn and Lower Broken Creek.

That included trade through tagged accounts.

The spokesman said one option being discussed was a Lower Broken Creek specific tagging rule, not available to the wider Murray.

It would prevent tagged trade through the Lower Broken Creek becoming a loophole around trade limits.

"We are testing options with the community ahead of a government decision prior to July 1, 1 2021," the spokesman said.

"These options are specifically focussed on when people can use water from tagged accounts and do not impact people's rights to use their Lower Broken Creek water entitlements."