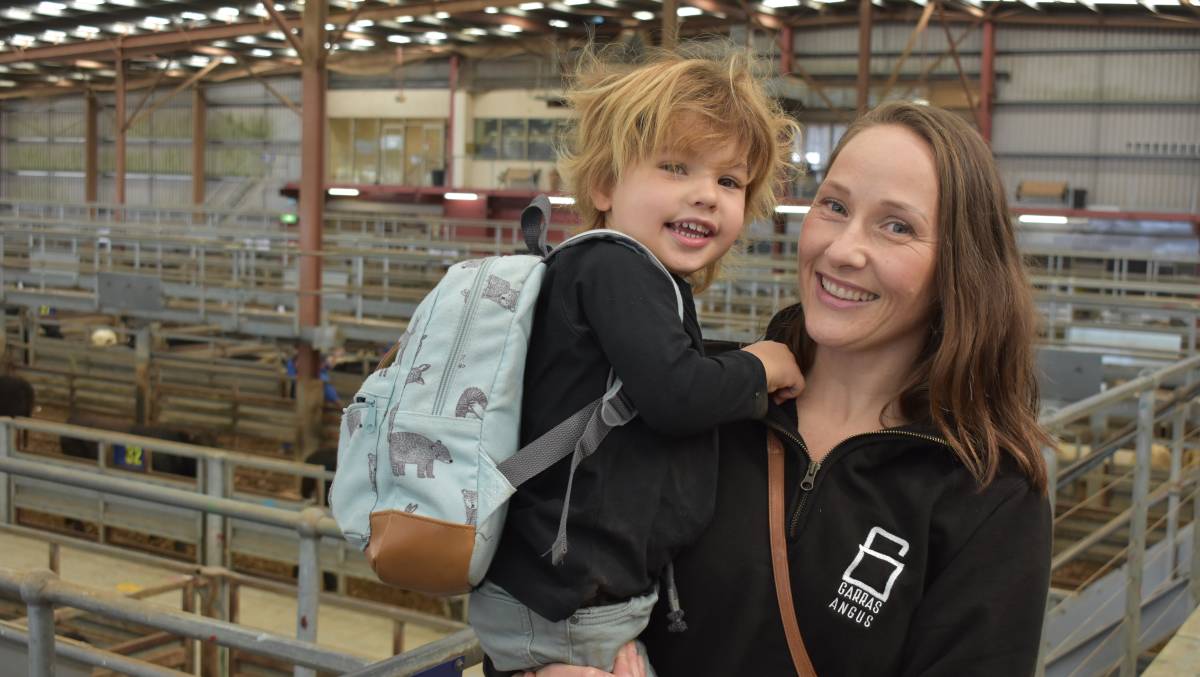 JBS, Charlton, Coles and Comdain all had representatives, or commission buyers, at the rail

Alex Scott and Staff Pakenham Livestock manager David Setches said it might be the last yarding of 2500 cattle, or more, the yards would see before winter.

"There were very few lines - a lot of the cattle have been sold and the prices are flushing out the last of the drafts.

"People are taking the opportunity to take the money now."

Weights for most of the yarding ranged between 300 to just over 500 kilograms.

"Feedlots were very active, especially on those 500-600kg plus cattle," Mr Setches said.

"It was very, very good to have all these blokes vying for the cattle, as we are getting to the end of these drafts.

"They are making as much as the lead did three-or-four months ago.

"We are starting to get to mixed types of yardings, with a lot of the cattle already being sold."

"It's all quality driven, we had a great yarding and I think they sold well," Mr Grant said.

The big drafts had been sold but the quality was still there.

Nathan Gibbon Livestock manager Nathan Gibbon said most of heavier cattle sold for more than $2000, with the tops up to $2310.

"It was definitely very strong, I think most of the good pens of heavier cattle would have made 430-470c/kg," Mr Gibbon said.

"There haven't been a lot of cattle bought by restockers, maybe some of the lighter cattle."

He said the sale was possibly a little bit stronger than the last one.