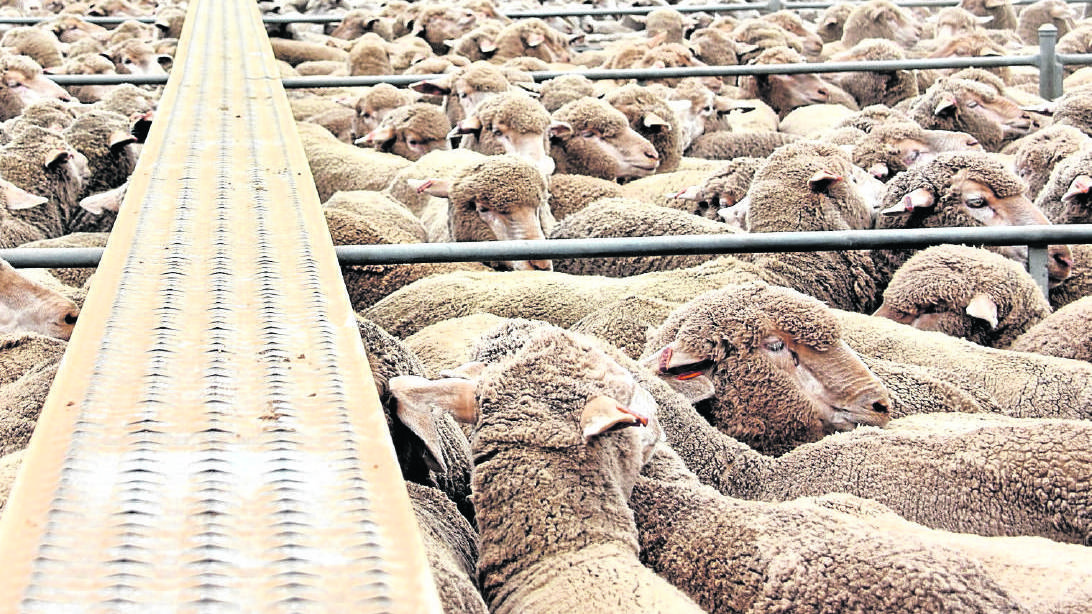 CRUNCH: Meat processors say they could fail to meet demand if international workers are not allowed back into the country soon.

Processors say it's hard to find Australian workers who want the job.

Some of Australia's largest meat processors are warning they could struggle to meet demand if the federal government does not loosen border restrictions for migrant workers and if the country experiences a dry spring.

The warning comes as meat processors struggle to find replacements for international workers who are leaving the country as their visas expire, forcing companies like Fletcher International Exports - one of Australia's largest vertically-integrated sheepmeat processors - to call on the federal government to address the labour shortage as a matter of urgency.

Eastern Australia processors say a combination of factors, including a lack of foreign workers, could place unnecessary pressure on the sector should tight supply ease if seasonal conditions worsen in the coming months.

"We would rather employ Australian employees but if there's not enough Australians to do the work we need to look at something else," Mr Fletcher said.

"We need to bring back the workers from around the world."

Last month the Australian Meat Industry Council (AMIC) told a parliamentary inquiry the meat processing sector was up to 4000 jobs short on any given day and criticised the government over its handling of migrant workers.

AMIC chief executive Patrick Hutchinson told the inquiry the approval time for skilled migrant visas who planned to enter Australia was unreasonable and called for the process to be streamlined.

"We've been to Canberra and talked to ministers about improving this and they are working with us on that but with COVID-19 it's not an easy task," Mr Fletcher said.

"In NSW and Queensland, we've come out of a massive drought which has depleted our workforce and at the same time international workers were leaving the country."

He said the pandemic-inspired economic recovery combined with a national herd and flock rebuild meant it was only a matter of time before the processing sector would begin to increase its output.

"We've brought machinery in to try and cut employment down but that's not the problem," he said.

"As we develop more products and diversify our markets into other countries around the world with specialty products to value-add, we're looking to employ more people.

"If we don't say anything now, we'll let the farmers down because when we replenish our livestock, we've got to have a replenishment of people."

Wodonga-based processing facility Ascot Meats is not recruiting at the moment due to low production levels caused by tight supply, but its general manager Matthew McPhee said a lack of labour had long plagued the industry.

"In the peak times it can be an issue but at the moment it's not," Mr McPhee said.

"In a place like here on the border, we are competing against many other manufacturers such as the pet food industry, transport and other food manufacturers in the area and that sometimes impacts our recruitment."

Ascot Meats' plant exports almost all of its sheep, lamb, beef and goat meat to the US, China, Japan and Middle East.

About 15 per cent of the company's workforce is made up of international workers who are employed on a working visa.

Mr McPhee said the company had not needed to recruit staff since the pandemic due to the tight supply as farmers sought to restock.

However, he said that could change should the rain across northern and eastern Australia lessen before the end of the year.

"I'm a fan of working migration and I think it gives us opportunity to access more workers," he said.

"We'd always consider Aussies first, but in the past it has been hard to sure-up that workforce without looking at international employees."