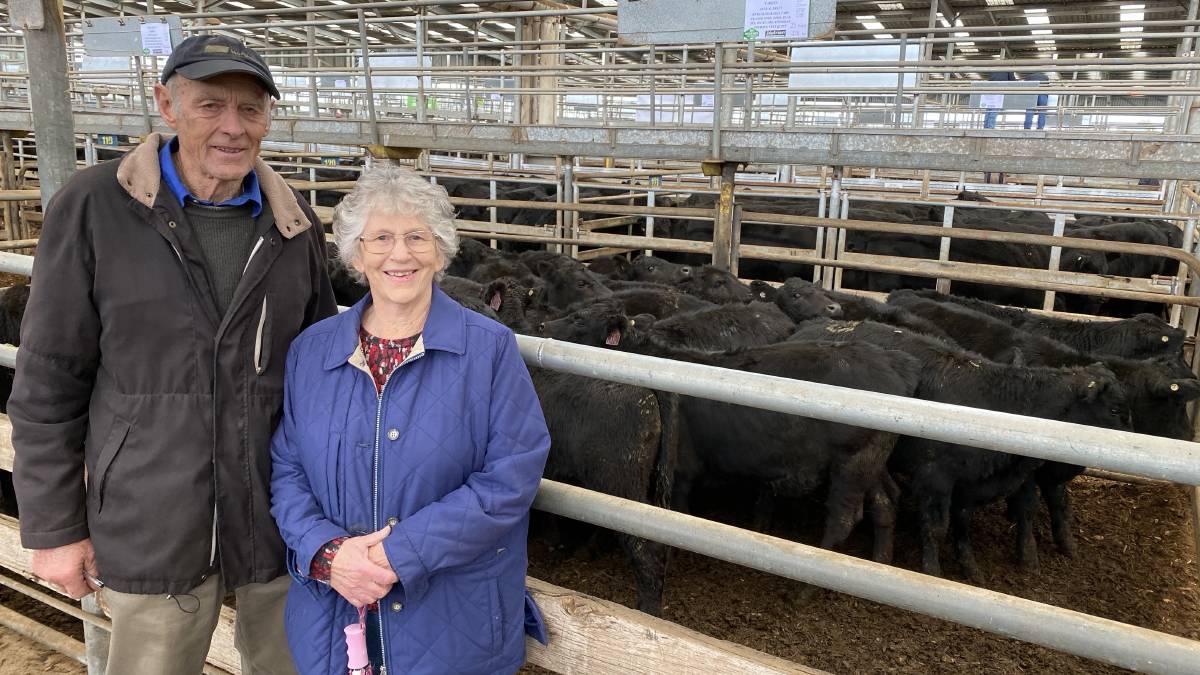 Beef prices continued to climb at Leongatha's store sale on Friday in what agents described as one of the dearest sales at the Victorian Livestock Exchange to date.

Annual drafts of vendor-bred calves and a quiet selling week on the Victorian store cattle sale calendar combined to make the perfect conditions for a bumper fortnightly market.

More than half-a-dozen feedlot operators were active throughout the 4700-head sale, while agents from other regions, including the north, were active sourcing cattle for northern Victoria and clients in NSW.

Local restockers struggled to compete with the hefty prices and were forced to alter their desired weights, agents said.

Buyers and agents generally agreed the sale was firm, and in some places dearer, compared to the last feature sale a month ago on March 26.

Nutrien Leongatha livestock manager Brian McCormack said the sale was 10-20 cents a kilogram dearer than what he anticipated before the start of the market.

"It was the same for the feeder steers and down onto the weaner calves," Mr McCormack said.

"Those cattle are getting harder to find, especially feeder-weight cattle, so some buyers did go home empty-handed but the quality of the cattle was probably as good a line-up, if not better than a month ago."

A feature of the sale was 190 Angus and Black Baldy steer calves consigned by Elm Valley, Tarwin Lower, which sold to $1800 a head or 637c/kg.

"It was the best prices ever paid for the Elm Valley calves and that's something many vendors are experiencing this year," Mr McCormack said.

Another feature of the sale was 380 Angus, Hereford and Angus/Hereford-cross steers and heifers consigned by John and Nola Ross, Omeo Station, trading as CJ Pendergast.

"The heifers attracted a mix of feedlot and breeder competition which was pleasing," Mr McRae said.

"These big yardings come about when our sales don't clash with other sales in the state and we're noticing the bigger sales are bringing the better cattle and bigger prices," Mr Henderson said.

"What was interesting was the well-bred, joinable heifers ready to go with the bull for autumn calving in some cases were making as much as their steer brothers and more on a cents a kilogram basis."

Alex Scott & Staff Leongatha auctioneer Dane Perczyk said he was pleased with the strength of the sale from start to finish.

"Feeder cattle were very strong and graziers didn't get much of a look in on them," Mr Perczyk said.