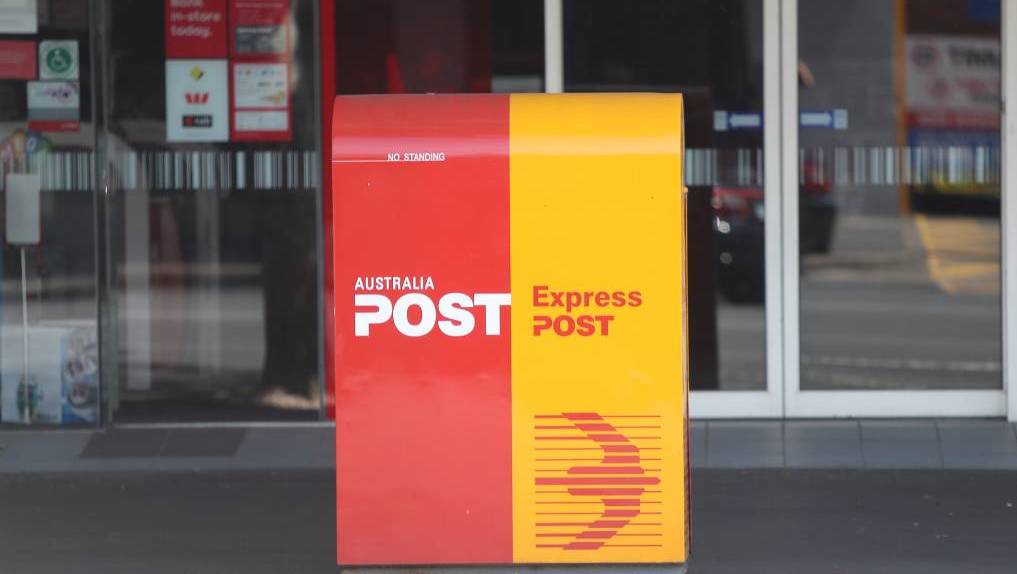 POST BACKDOWN: Australia Post has backed down on an original deadline of June 30 to stop carrying perishable food.

Australia Post has set up an industry working group to try and resolve regulatory issues around the carriage of perishable food.

Victorian artisanal cheese and butter producers have welcomed a decision by Australia Post to dump its ban on shipping perishable goods around the country.

Australia Post has set up an industry working forum to resolve what it says are complex cross-state regulatory issues after inititally announcing it would stop delivering pershiables from June 30.

"We recognise the original date for ceasing perishable transport through our network would cause significant disruption to small businesses, many who have experienced significant growth in eCommerce sales during COVID-19," Mr Boys said.

"Through this new forum, we will better understand what our customer capabilities and needs are and work hand-in-hand with regulators to determine where changes may be required.

Mr Boys said Australia Post would continue to ship perishable goods, with the first meeting between Australia Post and the Ombudsman to occur on Tuesday next week.

Mr Billson welcomed the opportunity to work collaboratively with Australia Post to ensure small business food producers could continue to count on their delivery services.

"I am encouraged by the willingness of Australia Post and industry stakeholders to work together to help resolve any issues Australia Post is experiencing across its delivery network," Mr Billson said.

The broader industry group will then meet in May to hold regular sessions with key regulatory bodies, government agencies and eCommerce experts.

She said the company had "religiously" used Australia Post, even finding ways to work around delivery delays.

"We knew it was slow, it was slow at the best of times," Ms Cavarsan said.

"We track all our parcels, and sometimes they could be held up for some time.

"We packed our products for the unknown, we packed them with ice and bubble wrap - we threw everything at them."

Ms Cavarsan said Lard Ass only sent out deliveries on Mondays and Tuesdays to ensure product was not left sitting in an Australia Post depot over the weekend.

But she questioned how Australia Post would police a ban on perishable goods.

"If I send it, do they deny it at the post office?" she said.

"What if I send in a parcel marked 'basketball', but it's really butter - does it really matter?

Ms Cavarsan said the responsibility for food safety and standards always fell on the business.

But the carrier was often the only viable alternative, as it had greater flexibility than other carriers.

"Australia Post has an agency in every town, they are the only ones who have that network," she said

"The others take a much longer time and refrigerated transport is expensive."

Milawa Cheese marketing manager Alison Lloyd said the company was very pleased with the back down.

"We are so glad we can march ahead with our plans to grow our business, shipping cheese direct to our customers, so that it arrives at its perfect time for eating," Ms Lloyd said.

Apostle Whey Cheese, Coorimungle, co-owner Julian Benson said he was using Express Post, but the service had slowed noticeably during the coronavirus pandemic.

He said the company had then started to distribute its products through a Queensland-based company, Cheese Therapy.

"They order what they require from us, and we put it together and send it to a distribution centre in Geelong.

"They put it into their speciality boxes and people order it online."

Mr Benson said he hoped the issues could be resolved and was pleased Australia Post had reversed its decision.

"It's not just our customers we are getting stuff out to, we are also buying in products, which need refrigeration, that go into our manufacturing."

And the Australian Specialist Cheesemakers' Association secretary Alison Lansley said she was not surprised posting perishable items had come up as an issue.

"The food safety issues are a big potential problem for them.

"The whole issue of the best ways for small-scale producers to get perishable artisan foods like cheese to their customers is fraught with difficulty, particularly in a country like Australia with its vast distances between population centres, its higher summer temperatures, and its relatively sparse population."

Producers typically used a small box, made of cardboard or styrofoam, with an ice brick to protect the products themselves.

They then took the boxes down to the local post office and sent them to the consumers by express post.

"And, probably 8 or 9 times out of 10, the product would be delivered within 24 hours and arrive in reasonable condition," Ms Lansley said.

"During the lockdowns two things changed significantly: online selling of such products and their delivery by Australia Post increased significantly in volume, but the whole process was made more difficult due to the additional delays in deliveries.

"Both producers and Australia Post probably started receiving a lot more complaints from consumers about the poor condition the products arrived in.

"Thoughts would then have turned beyond pure quality concerns to matters like food safety and potential liability, if consumers experienced food-borne illness from eating such products."

She said it appeared Australia Post "fell into" the delivery of perishable products, in "a haphazard kind of way.

"Australia Post is an enormous institution, it only initially ever delivered letters - that was what it was there for," Ms Lansley said.

While the big retailers, such as Woolworths and Coles, had extensive cold-chain logistics systems, Australia Post had only just "woken up" to the fact it didn't.

"Cold chain warehousing and transport costs a hell of a lot, not only that, you need specialist, trained staff," she said.

Perishables were not a significant part of Australia Post's business.

"I am not that optimistic, but I'd love to think there is a practical solution," Ms Lansley said.

"As you know, the slowdown in deliveries was pretty significant; because of the volume, I am guessing they had complaints about things turning up spoiled.

"They had to make an executive call because - at the end of the day - they are not equipped for cold carrying.

"It's outside their remit to be transporting meat; they are not refrigerated transport vehicles."

Ms Jonas said it had been a "grey area" for a long time, but she was critical of the short notice.

"There was no consultation period, as a PrimeSafe licencee, I wasn't asked, I was just told," Ms Jonas said.

She questioned whether the kinds of temperature controls applied under food safety regulations were appropriate.

"A lot of cheeses are cured at 12-18 degrees and should be able to be shipped at those temperatures - they are not high-risk items, if they are properly cured and hygienically handled."

"In this country, we require refrigeration for some products that don't need it."

"If people are posting across borders, they are going to have to harmonise the approaches between states."

But she warned against over-regulation.

"Hopefully, that is for the good; usually what happens when they review these types of food safety regulations, they go to the most stringent and unreasonable ones.

"It probably highlights a vulnerability in the Australian food system, full stop, in that we don't have enough cold transport options."

Tasmanian Independent federal MP Andrew Wilkie, praised Australia Post for reversing what he said was its "absurd decision" to ban the carriage of perishable goods.

"My office had been contacted by many businesses concerned that they would no longer be able to satisfy the voracious appetite of interstate customers for Tasmanian gourmet goods including cheese and truffles," Mr Wilkie said.

"Australia Post must now come up with a permanent solution to allow small businesses certainty."

"Banning the transport of perishable goods would seriously disadvantage Australians living in rural and regional areas in particular."

He said Australia Post had sent a representative to Tasmania two weeks ago to talk to producers about the change.

"They clearly realised the devasting impact this ban would have had."