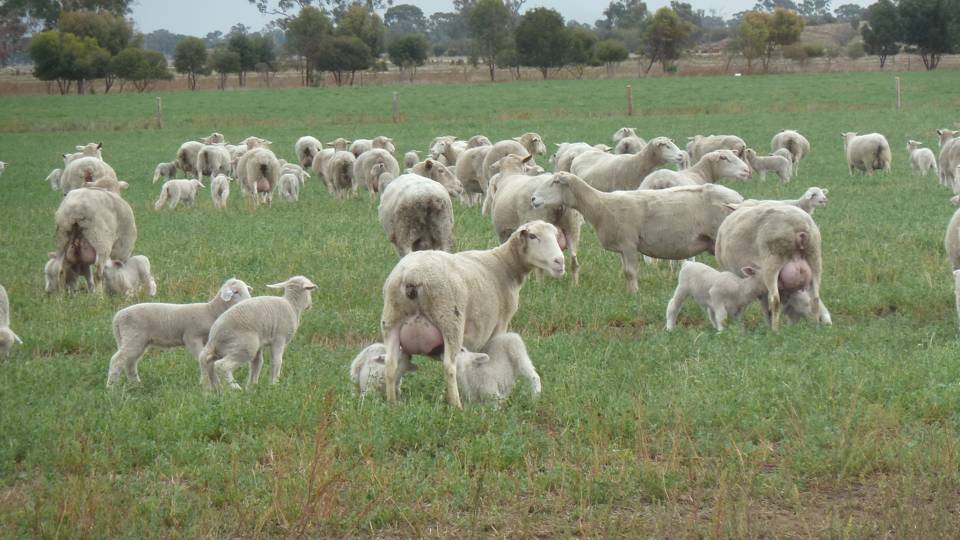 Ewes that are too heavy, or condition score 3.5 and over, can experience a range of issues including pregnancy toxaemia, prolapse, dystocia and foot abscesses.

Heavy ewes lambing down during a lush season can cause headaches for producers. All the hard work to successfully get ewes into lamb can be unravelled in one hit if they fall victim to one of many health challenges a lush season presents.

And industry experts say scanning is the number one priority for producers to tailor their management to give their ewes the best opportunity possible.

Ewes that are too heavy, or condition score 3.5 and over, can experience a range of issues including pregnancy toxaemia, prolapse, dystocia and foot abscesses.

Pregnancy toxaemia tends to occur in older age ewes with a condition score (CS) of 3.5 or above, are multiple bearing, have access to poor quality feed, suffer from lameness preventing feeding such as foot abscess and prolonged yarding, handling or transport.

But emphasises there is only a limited window where that can be achieved.

"People like to have their ewes in as good a nick as possible during joining and you can't restrict nutrition to ewes in the last month to six weeks of pregnancy," Dr Watt said.

"That gives you only a very small opportunity to run them in a paddock short of feed to at least not allow them to gain too much weight so they don't end up into CS of 4 and 5 when they lamb."

He said vaginal prolapses are a problem in ewes with a condition score of CS 4 or 5.

"I know of producers that have had 10 per cent of ewes with vaginal prolapses," he said.

"There are two kinds of prolapses, vaginal prolapses that can occur two to three months pre-lambing until after lambing, but they are more of a chronic condition very much associated with ewes in heavy condition."

Dr Watt said the problem of foot abscesses in heavy ewes is an incredibly hard issue to deal with.

And potentially this season could present worse than last.

"I refer to it as a disease of good management," he said.

"When you have got everything going okay - as in you've got big ewes with twins, running on clover-based pastures - that is also when you are going to get foot abscesses.

"Trying to keep your sheep's feet dry under those conditions is a real challenge.

"Some producers consider running their ewes in drier paddocks as close to lambing as they can, even feeding them in the last weeks to keep them out of the wet pastures for as long as they can."

He said producers are also using confinement lots that they used for drought feeding, just to get the 'polish' off them.

Dr Watt suggests getting weight off ewes no matter what the situation is beneficial.

"If you only have a limited amount of feed and your ewes are in CS 4 with three months to go, you could save the feed until when they need it at lambing by restricting them now," he said.

Achieve Ag Solutions consultant Nathan Scott said having too much feed will blow birth weights out of the water and likely cause dystocia issues.

"It's important people are confident in their condition scoring because it has many flow-on effects for the ewe's performance for the rest of the year," Mr Scott said.

Scanning for twins or singles, he said, is probably the single most important task to perform.

"If producers don't recognise and separate the two, they are likely to do one of two things with one mob.

"When they are a mixed group it is impossible to get that nutrition right.

"That's why we need to scan so they can tailor their management to give their ewes the best opportunity."