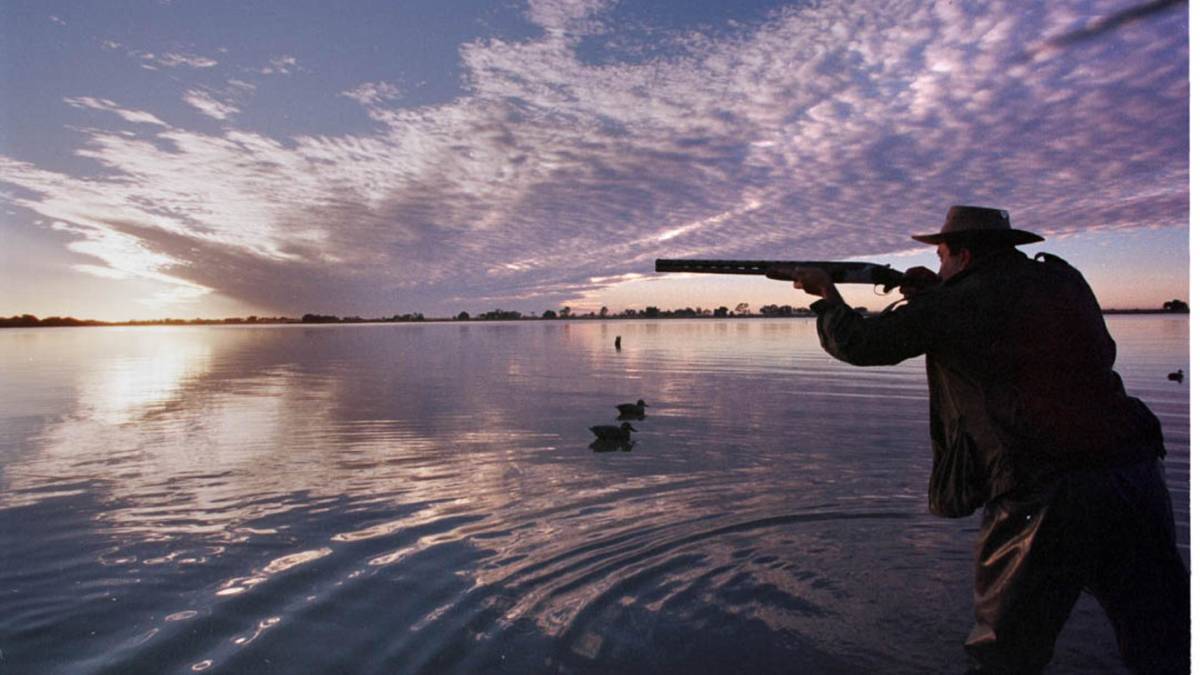 MOVING FORWARD: Hunters call for accurate data to be used when determining the duck hunting season.

Hunters say it's a step in the right direction.

Victorian hunters say a rise in bag limits ahead of the duck hunting season is a step in the right direction, but more needs to be done to secure the industry's future.

A new aerial survey has found the state's duck population is significantly higher than first thought, prompting the Game Management Authority to increase bag limits from two to five bags when the season starts next month.

However, hunters are still concerned the shortened 20-day season, which in previous years has run over three months, may still not be viable for many hunters.

The shooting season will run from May 26 to June 14.

One of Australia's largest Field and Game Australia branches, at Sale in Gippsland, has more than 1100 members and welcomed the increase in bag limits, but called on the government to move away from using "flawed data" used to determine the length of the hunting season.

"We'll take anything in the way of an extension of the bag limit," Sale branch spokesman Gary Howard said.

"The limit of two bags was ridiculous from the point of view for the effort required for reward.

"If you're going to hunt ducks, you're normally out well before daylight and it involves a bit of travelling so if you can only take two birds, you would struggle to feed two people with two teal."

The helicopter aerial analysis is the most comprehensive air survey of game ducks in Victorian history.

It found the harvest numbers could be much higher as a result of the steady game duck population.

"If a set season length is required, for example 65 days, then a bag limit of six would be consistent with the desired harvest quota," the report by the Arthur Rylah Institute for Environmental Research read.

Mr Howard said this data gave an accurate account of how many game ducks were in Victoria, something which was hard to previously determine.

"Various methods of data have been used to assess and set the duck season and one of those methods is waterbird surveys done from a plane but they are only indices and not hard data which doesn't determine the birds on the ground," he said.

"We want the season set on proper data and we have no doubt that these game birds we hunt are under no threat because of their abundant population."

"At a time when regional Victoria desperately needs money from tourism, limiting the season will also limit the millions of dollars duck hunting provides to regional Victoria," Mr Bourman said.

"Duck hunters have experienced consistent modified seasons over recent years with little to no data shown by the government to back their decision."

"Victoria's hunting community proudly takes a leading role in the conservation ... to ensure the sustainability of wetland species," he said.